The bronze figure of the president outside City Hall in the state's capital will be relocated as the nation reconsiders history and racism. 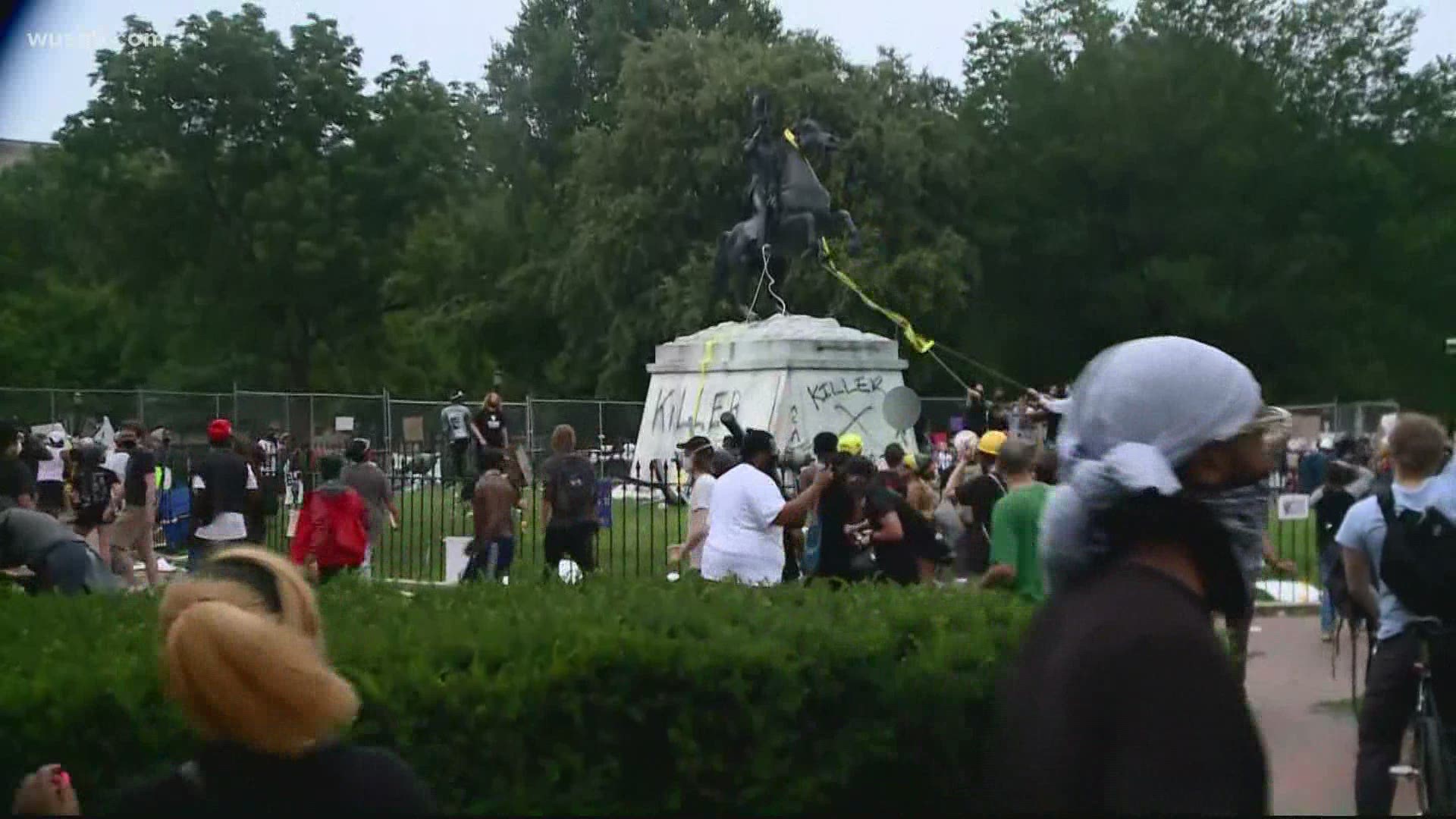 A Mississippi city named after former U.S. President Andrew Jackson will remove a downtown statue of him and put it in a less prominent spot.

The City Council in Jackson, Mississippi, voted 5-1 Tuesday to relocate the bronze figure that has stood outside City Hall for decades.

It's the latest of many changes in the United States as people reconsider monuments to historical figures with connections to slavery and racism.

No immediate plans were made for a time or place to move the Andrew Jackson statue, which is a bit larger than life and shows him standing in a military uniform. The statue was made in 1968 and dedicated in 1972. City Councilwoman Virgi Lindsay said it could go to a museum.

Councilman Kenneth Stokes proposed removing the statue, saying the city is showing leadership by making the change. The only dissenting vote came from the council's lone Republican, Ashby Foote.

Jackson is Mississippi's capital city, with a population of about 160,600. About 82% of its residents are African American.

Credit: AP
FILE - This June 10, 1999, file photograph shows the bronze statue of Andrew Jackson in front of Jackson, Miss., City Hall. The City Council voted 5-1, Tuesday, July 7, 2020, to relocate the bronze figure in a less prominent spot. It's the latest of many changes in the United States as people reconsider monuments to historical figures with connections to slavery and racism. Jackson, the nation's seventh president, owned enslaved people and oversaw the forced migration of Native Americans in which many died. (AP Photo/Rogelio V. Solis, File)

Andrew Jackson was the seventh president, serving from 1829 to 1837. In addition to owning enslaved people, he also oversaw the forced migration of Native Americans in which many died. His face is on the $20 bill.

Four people have been charged with trying to pull down a large statue of Jackson near the White House during protests June 22 in Washington.