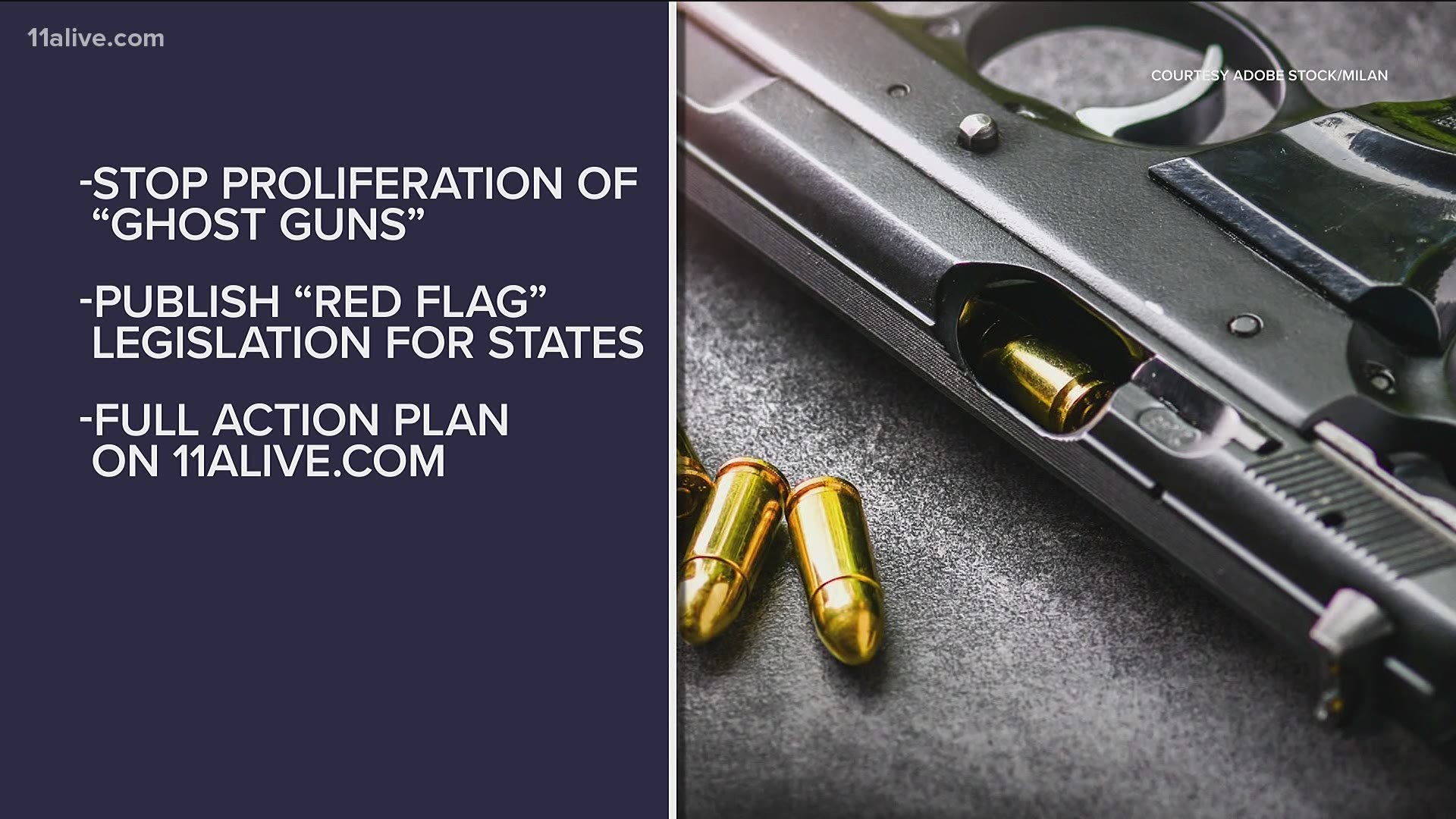 "The recent high-profile mass shootings in Boulder – taking the lives of 10 individuals – and Atlanta – taking the lives of eight individuals, including six Asian American women – underscored the relentlessness of this epidemic," said White House officials. "Gun violence takes lives and leaves a lasting legacy of trauma in communities every single day in this country, even when it is not on the nightly news."

The president is calling on Congress to pass legislation that could help curb gun violence.

RELATED: Mothers. Army veterans. Business owners. Newlyweds. These are the victims of the Atlanta spa shootings

One of his actions consists of proposing a rule to stop “ghost guns” from being on the streets. White House officials said criminals are buying kits containing components and directions for finishing a firearm and they are using them to commit crimes. They added that the weapons are often hard to trace because there's no serial number.

Another notable action includes the Justice Department publishing model “red flag” legislation for states. They said this would allow family members or law enforcement to petition for a court order temporarily barring people in crisis from accessing firearms if they present a danger to themselves or others.

The Associated Press reports that Biden is expected to unveil these actions and others in the series on Thursday. He will also nominate David Chipman, a former federal agent and adviser at the gun control group Giffords, to be director of the Bureau of Alcohol, Tobacco, Firearms and Explosives.

Read about the other actions here.