Biden describes life at the White House: 'A gilded cage'

He says the White House is 'totally different' from the vice presidential residence, which offered more room and privacy. 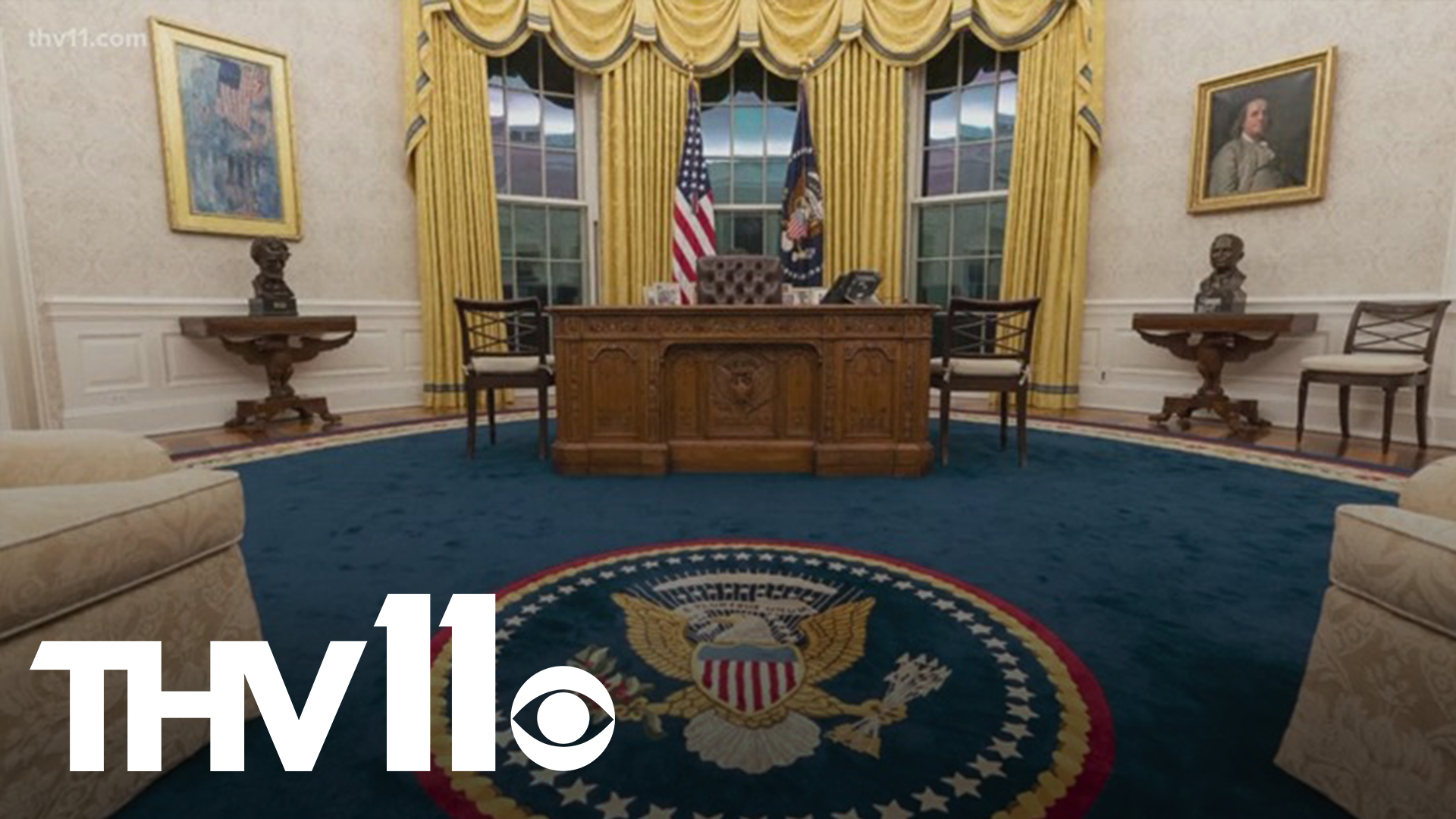 WASHINGTON — Four weeks into his presidency, Joe Biden says he’s still getting used to the trappings of the office.

Biden offered a frank description of what it’s like to live at 1600 Pennsylvania Ave. during his CNN town hall Tuesday night, referencing past presidents who have spoken of the building as “a little like a gilded cage.”

“I get up in the morning and look at Jill and say, ‘Where the hell are we?’” Biden joked, adding that he wasn't used to household staff waiting on him.

“I find myself extremely self-conscious,” Biden added, saying he was unaccustomed to someone “handing me my suitcoat.”

Biden’s working-class upbringing in Scranton, Pennsylvania, has long been a central part of his political brand. He most recently lived in a large house in the Wilmington, Delaware, suburbs.

The White House features a spacious lawn that has an unimpeded view of the Washington and Lincoln Monuments, but is otherwise surrounded by high fencing and a small army of guards. Biden said it’s “totally different” from the vice president’s residence, set on 80 acres and offering ample room to swim, explore and exercise in greater privacy.

The former vice president said he’d been in the Oval Office 100 times or more over the years, but had never been to the residential areas of the White House.

Even if the residence still feels new, Biden suggested he's already settled deeply into the work of the presidency.

Biden confirmed he had picked up the phone to talk with one or more of his predecessors but declined to say who.

He added: “By the way, all of them have, with one exception, picked up the phone and called me as well.”

Credit: AP
President Joe Biden walks on the South Lawn of the White House to board Marine One after speaking with reporters, Tuesday, Feb. 16, 2021, in Washington. (AP Photo/Patrick Semansky)