Federal Aviation Administration said it might conduct a certification flight for the grounded Max in the next few weeks. 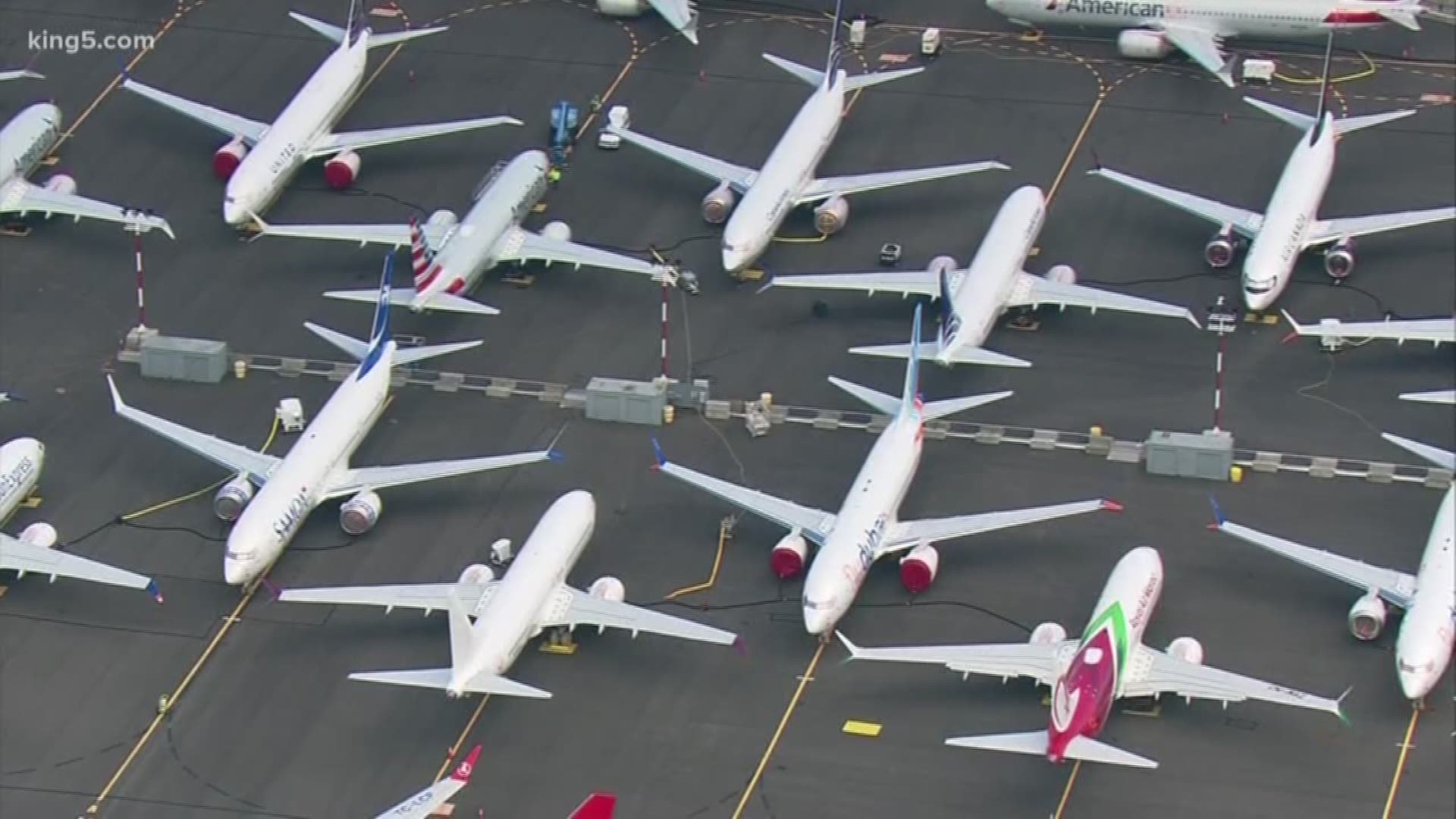 SEATTLE — Boeing has found a new problem with changes it is making to software on the 737 Max, but the company says the issue will not further delay the grounded plane's return to flight.

The head of the Federal Aviation Administration, Stephen Dickson, discussed the issue Thursday with reporters in London.

Dickson indicated that the FAA could conduct a certification flight for the Max in the next few weeks. That flight will be a key milestone in Boeing's bid to get FAA recertification of the plane this summer.

The new software issue involves a warning light to alert pilots about a system that makes the plane point up or down by moving part of the tail. It turned on when it wasn't supposed to, according to Boeing.

"We are incorporating a change to the 737 MAX software prior to the fleet returning to service to ensure that this indicator light only illuminates as intended," said spokesman Gordon Johndroe. He said the issue was spotted during testing of the plane's new software , and that Boeing told the FAA and airline customers about it in late January.

RELATED: Boeing CEO out amid effort to ‘restore confidence’ in company

The Max has been grounded since two crashes killed 346 people.

The 737 Max was grounded in March 2019 after crashes in Indonesia and Ethiopia killed 346 people.

Boeing is overhauling flight-control software that played a role in the two crashes, pushing the noses of the planes down based on faulty sensor readings.

The company does not believe the problem will change Boeing's estimate of a return to service for the Max around mid-year, the spokesman said.

Chicago-based Boeing is still analyzing whether wiring bundles on the plane are too close together and raise the risk of a short-circuit that could make it harder for pilots to control the plane. That issue arose in December. Johndroe said it is too soon to know whether design changes will be required.

Dickson said that the design of the plane is only one factor being examined by his agency. The FAA's work will also examine human-performance and aircraft-maintenance issues, he said.

"We need to take a more holistic look at all these issues,'' he said .

RELATED: Boeing’s Starliner back on Earth after historic mission