The section fell into the Mexico side where it borders Calexico, Calif. 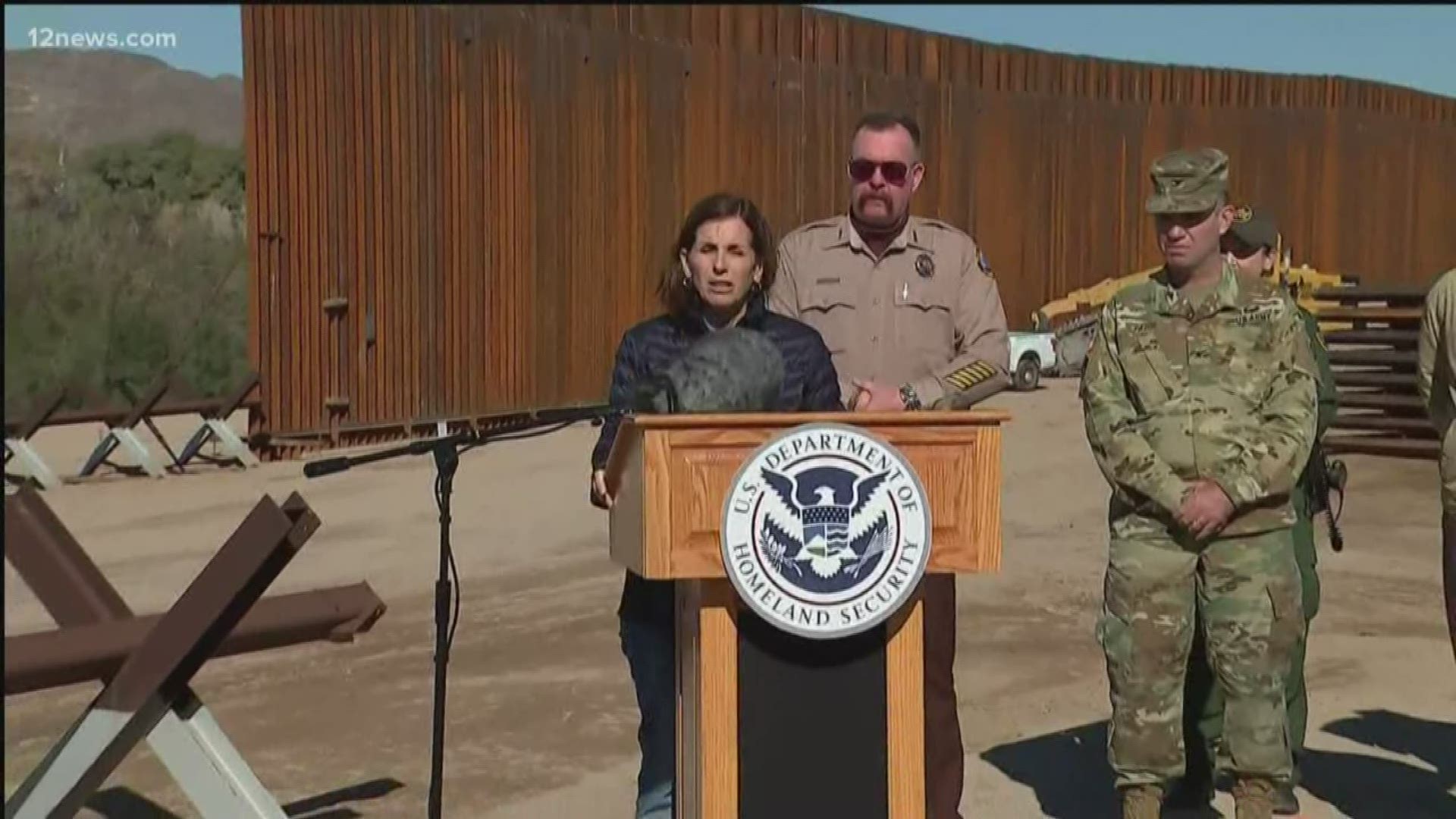 A section of what is reportedly new wall along the U.S.-Mexico border in California fell over into the Mexico side in high winds Wednesday. That's according to a report from KYMA in Yuma, Ariz.

Video shows the 130-foot section of wall did not completely fall to the ground. It was propped up by some trees. The collapse happened just before noon Wednesday.

CNN, citing U.S. Customs and Border Patrol agent Carlos Pitone, reports that section had recently been set in a new concrete foundation in Calexico, California. The concrete had not yet cured.

There was no immediate word in injuries or damage.

KYMA reports the section was part of the new border wall ordered by President Donald Trump.

RELATED: Pentagon funds being sought for 270 miles of border wall