The World Health Organization has announced an official name for the new virus that's already killed more than 1,100 people and sickened tens of thousands in China. 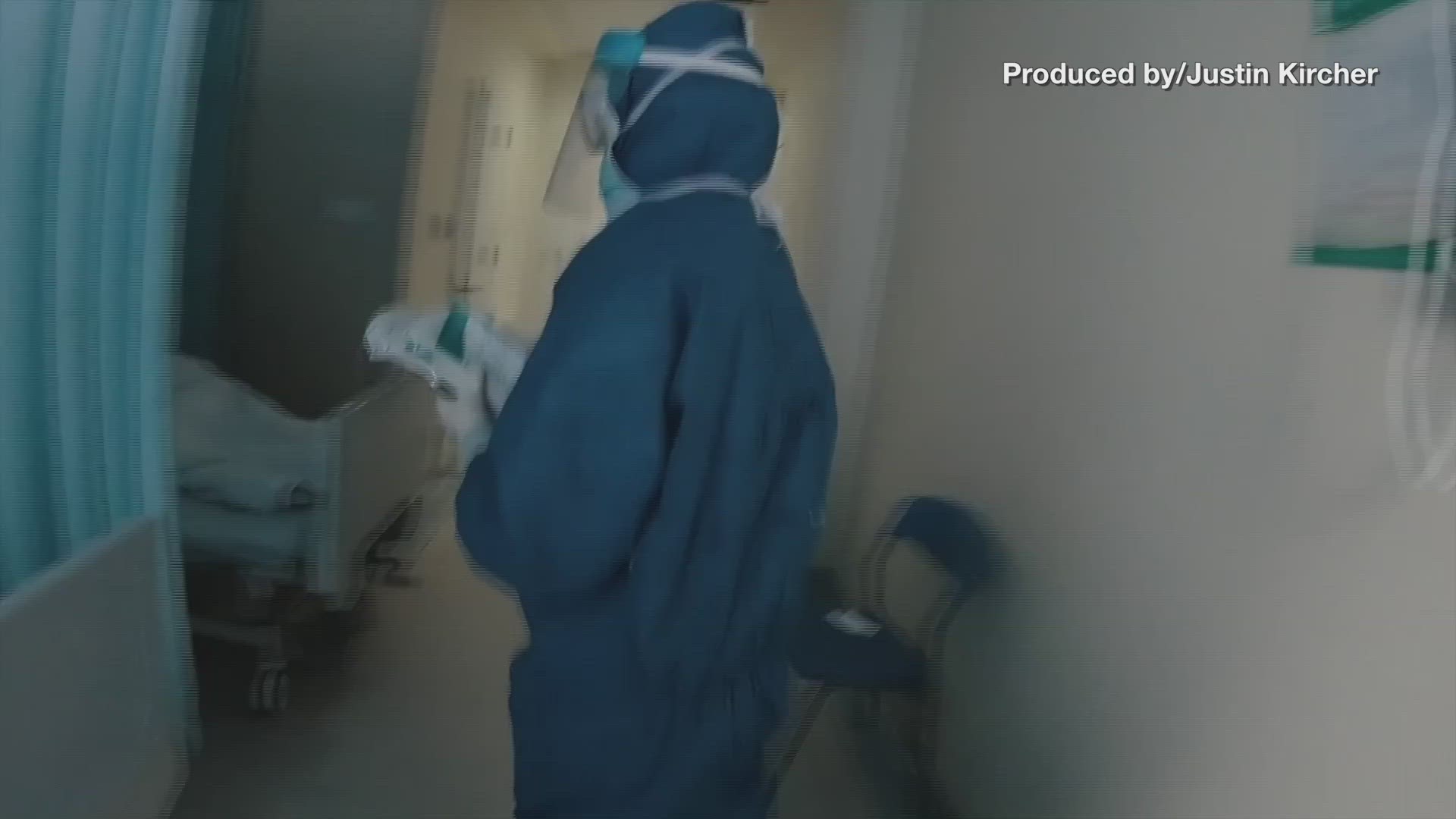 China has reported another drop in the number of new cases of a viral infection and 97 more deaths, pushing the total dead past 1,100 even as the country remains largely closed down to prevent the spread of the disease.

The National Health Commission said 2,015 new cases had been reported over the last 24 hours, declining for a second day.

The total number of cases is around 45,000 globally. The 97 additional deaths from the virus raised the mainland toll to 1,113.

The World Health Organization announced Tuesday the official name for the virus will be COVID-19.

"Having a name matters to prevent the use of other names that can be inaccurate or stigmatizing. It also gives us a standard format to use for any future coronavirus outbreaks," Dr. Tedros Adhanom Ghebreyesus, Director-General of WHO, explained in a Tuesday morning press briefing.

Though more offices and stores in China have reopened after the extended Lunar New Year break, many people appear to be staying home. Public health authorities are watching closely to see whether workers returning to cities and businesses will worsen the spread of the virus.

The WHO says it is not sure where the virus outbreak is headed next but believes there is still hope of containing it. Dr. Tedros said, “In recent days, we have seen some concerning instances of onward transmission from people with no travel history to China, like the cases reported in France yesterday and the U.K. today.”  Ghebreyesu went on to say, “the detection of the small number of cases could be the spark that becomes a bigger fire, but for now, it’s only a spark.”

On Monday, health officials announced that an American evacuee from Wuhan had tested positive for the new coronavirus. The patient, located in San Diego, is the 13th case of the virus in the U.S.

On Tuesday, Japan’s health ministry said a cruise ship quarantined at a Japanese port reported 39 new cases of the virus, bringing the total to 174 confirmed cases. Japanese health officials began medical checks on all of the ship's 3,700 passengers and crew after one previous passenger tested positive for the new virus. The new cases bring Japan's total to 203 people infected with the new virus, COVID-19.

Credit: AP
A personnel wearing protective suit waits near an entrance at the Cheung Hong Estate, a public housing estate during evacuation of residents in Hong Kong, Tuesday, Feb. 11, 2020. (AP)

KRON reported on Monday that President Donald Trump during a campaign rally in Manchester said "in theory" once the weather warms up, the virus will "miraculously" go away in April.

RELATED: Anger grows in China over virus with 722 total deaths, more than 34,500 cases

Beijing has reportedly seen a marked decrease in activity on its usually bustling streets. Tourist attractions and businesses saw a much lower quantity of visitors and customers than normal. The Beijing city government is giving residents tips on how to stay vigilant and monitor for people showing signs and possible symptoms of the virus, the Associated Press reports.