Dale Earnhardt Junior will leave the sport without a championship, but leaves behind great memories of his 19-year-career. 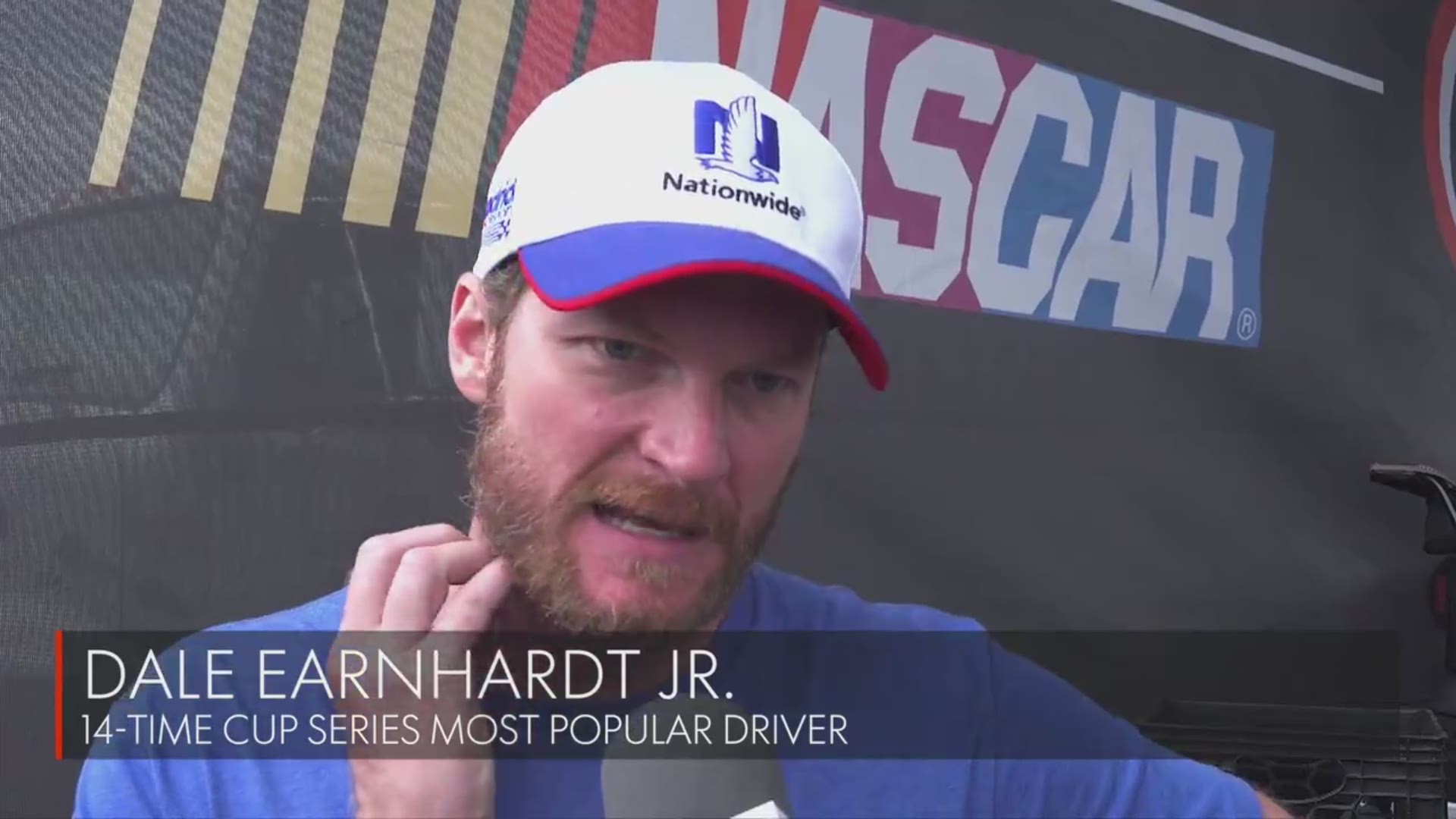 Exactly what this sport lost Sunday night was on display about 100 yards from where Martin Truex Jr. celebrated his first Monster Energy NASCAR Cup Series title.

Dale Earnhardt Jr., sipping a Budweiser, was encircled by a crowd that rivaled Truex’s along the frontstretch of Homestead-Miami Speedway. The people’s champ — the driver voted NASCAR’s most popular driver in each of the last 14 seasons — finished 25th in the Ford EcoBoost 400, but the result didn’t matter.

Now that he’s officially finished as a full-time racer after 18-plus seasons in Cup was cause for celebration and reflection.

"I told them a couple weeks ago, the only thing I care about really is finishing all the laps and pulling down pit road and getting out of the car and having a beer with my team," Earnhardt said. "So we got a couple beer coolers out and we drank about two, three beers apiece.

"We finished this together. It's meant a lot to me. Those relationships I'll have beyond driving race cars."

Earnhardt had a smile on his face as he cajoled with his friends and crewmembers that surrounded his No. 88 Hendrick Motorsports Chevrolet, covered in a scheme the resembled his old No. 8 Budweiser-sponsored car.

That didn’t mean his final Cup race lacked some tears.

There were some at the driver’s meeting before the race after a video tribute was played. A standing ovation by fellow drivers and the crew chiefs, teams and NASCAR executives followed.

He also got emotional immediately after the race as he hugged team owner Rick Hendrick, who he’s raced for the last 10 seasons.

“Only Rick made me emotional, because he’s like my daddy,” Earnhardt said. “I tried to tell him how much it means to me. It’s really hard. Words just don’t do it justice.”

He also made a deal in the exchange. Earnhardt gave Hendrick and Earnhardt said he'll keep his stock car.

The car will include part of Truex's race and title victory after Earnhardt bumped Truex lovingly after the race.

Truex was given his big break by Earnhardt Jr. in the Xfinity Series — where Truex won two titles with Dale Earnhardt Inc. — and has counted Junior among his biggest advocates and closet friends in the sport.

"I want to hit Martin so something is on my car I can remember him winning the championship," Earnhardt said. "I couldn't be happier about that. I can't wait to see what he accomplishes beyond this."

Earnhardt exits the sport with 26 Cup series wins, although none over last two years. His decision to retire — at least in part — was linked to concussions concerns. He missed half of last season after he was diagnosed with a concussion.

Today, one of the #NASCAR greats makes his final race. Thanks for the many years of fierce competition, @DaleJr. It's been a great ride. #Appreci88ion https://t.co/m9SLqSSa0J pic.twitter.com/JmJzmNLT2b

Before the race, hundreds of fans used black markers to sign a big “88” on the frontstretch and on his pit wall. During driver introductions, when Earnhardt was announced for the last time, he drew the biggest ovation from fans as usual — before he walked down a long platform. Earnhardt was also given a tribute lap before the green flag dropped to start the race.

“It’s hard to see him leave the way he did,” said David Albart of Homestead as he stood in Earnhardt’s pit box before the race. “It would have been nice if he had a chance to win a championship in this race. It’s still pretty awesome to be a part of this.”

The sport, which already has seen attendance and television ratings dip, certainly won’t be the same without him.

Daniel Lowery made the trip from Texas to watch Earnhardt’s last run. He admits that a sport minus Earnhardt might not be as popular.

“Fans are fickle,” Lowery said. “They really are.”

Earnhardt isn’t totally done with NASCAR. He owns an Xfinity Series team, is slated to run at least two of those races in 2018 and will be part of NBC’s NASCAR coverage next year.