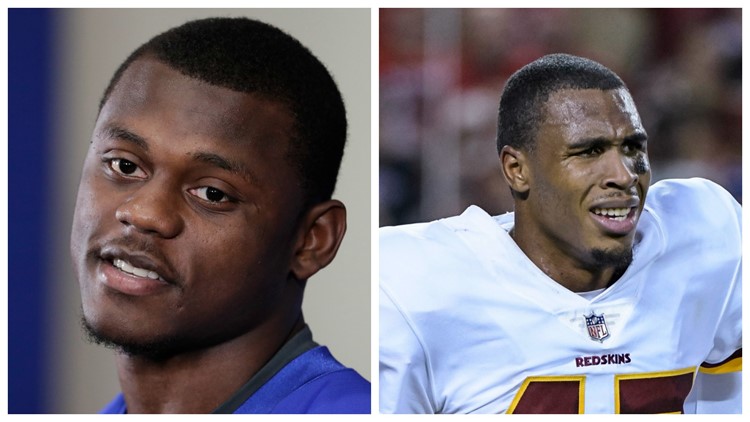 According to documents from Miramar, Florida, police, the two were at a party on Wednesday when an argument broke out and Baker pulled a gun. Police say Baker, Dunbar and a third man in a red mask began taking money and watches from people at the party.

At one point, police say Baker directed the man in the mask to shoot someone who had just arrived. No shots were fired.

The police report said that the men left with more than $11,000 in cash, along with watches worth tens of thousands of dollars.

While one witness said Dunbar was armed with a gun, others said they did not see him with one, according to police.

At least one witness indicated there were three cars outside that were "pre-positioned" to facilitate a quick getaway.

At least one witnesses told police that gambling had been going on at the party, and Baker had flipped over a card table. It's not clear if that's what prompted the alleged robbery.

Miramar Police said Baker and Dunbar were not in custody as of Thursday evening.

The Giants and Seahawks issued statements saying they were aware of the allegations and were working to gather information.

Baker was a 2019 1st round draft pick of the Giants. He started 15 games in his rookie season.

Dunbar is entering his sixth season in the NFL. He played his first five years with the Washington Redskins. He was traded to the Seahawks for a 5th round pick in last month's draft.