His wife also was charged and accepted a plea deal that called for her to testify against her husband in a case the congressman called a witch hunt. 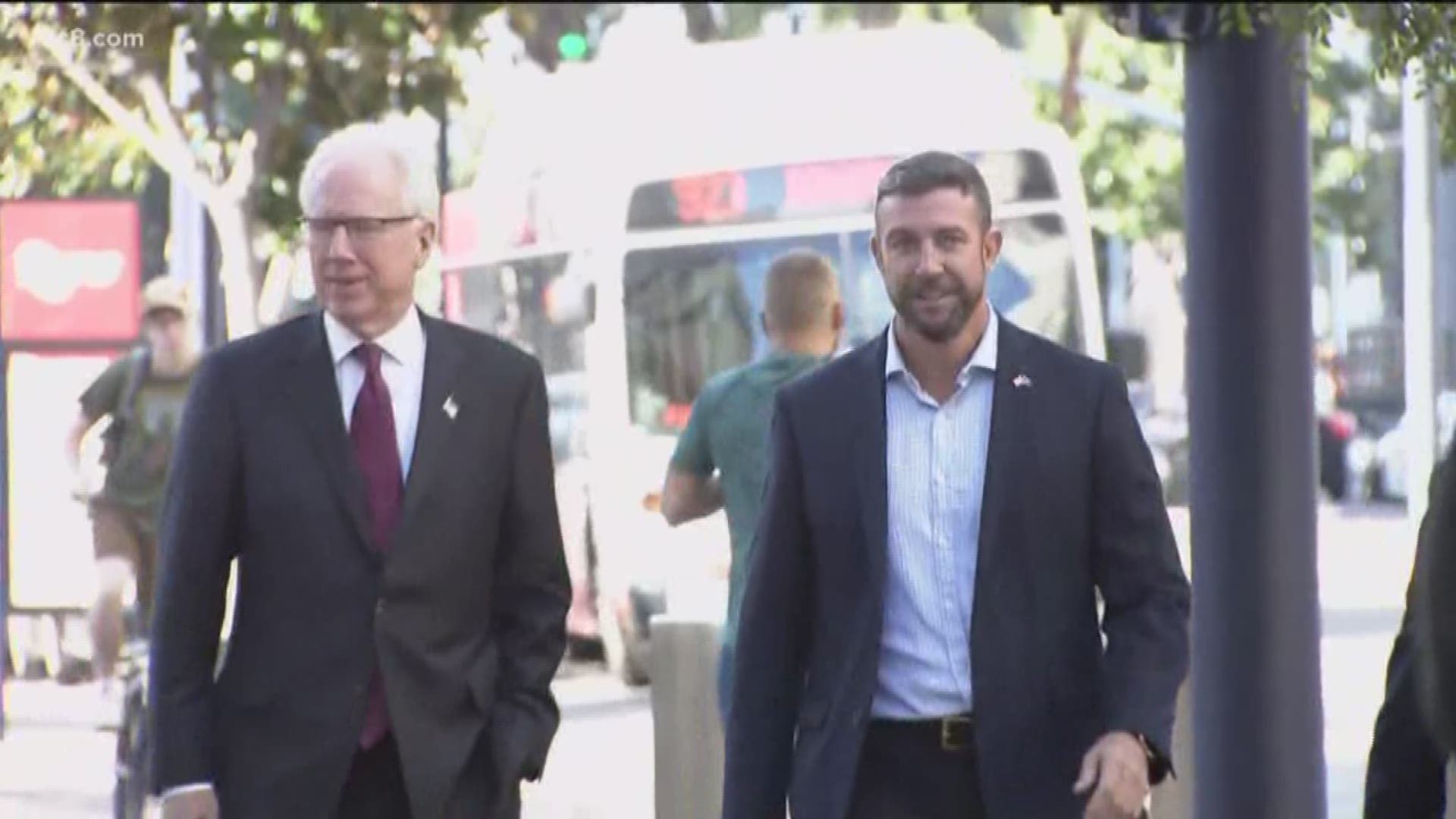 SAN DIEGO — California Rep. Duncan Hunter said he plans to plead guilty to misusing campaign funds and is prepared to go to jail, a stunning turn of events for the six-term Republican who had steadfastly denied wrongdoing and claimed he was the victim of a political witch hunt.

Hunter said in an interview that aired Monday that he will change his not guilty plea at a federal court hearing Tuesday. He said he wants to protect his three children from going through a trial.

His wife Margaret Hunter also was charged in the case and in June accepted a plea deal that called for her to testify against her husband.

“I think it would be really tough for them,” he told San Diego TV station KUSI. “It’s hard enough being the kids of a public figure. I think it’s time for them to live life outside the spotlight.”

Hunter, who was re-elected last year after being indicted and was campaigning for a seventh term next year, indicated he will leave office but didn’t say when.

An early supporter of President Donald Trump, Hunter said he will plead guilty to one count of misuse of campaign funds. Federal prosecutors charged he and his wife with 60 criminal counts, saying they spent more than $250,000 in campaign money for golf outings, plane tickets and a family vacation to Italy. They also said the money went to household items and airline tickets for their pet rabbit.

Prosecutors revealed salacious details about the congressman's lifestyle, saying some money was used by Hunter to further romantic relationships with lobbyists and congressional aides.

Hunter, 42, said he will accept whatever sentence the judge gives. The couple could have faced decades in prison before the plea deals. His wife faces up to five years in prison.

“I think it’s important that people know I did make mistakes. I did not properly monitor or account for my campaign money,” he said. “Whatever my time in custody is, I will take that hit. My only hope is that the judge does not sentence my wife to jail. I think my kids need a mom in the home.”

Hunter’s plea sets up the prospects for a second special House election in California next year. Freshman Rep. Katie Hill, a rising Democratic star, resigned her Los Angeles-area seat in October after explicit photos of her were posted online.

Hunter represents the 50th Congressional District, which covers eastern San Diego County and a small part of Riverside County. It is the most Republican district in Southern California, an area now nearly devoid of GOP representation.

Hunter is the second Republican congressman this year to plead guilty to federal charges. In October, former four-term Rep. Chris Collins of New York pleaded guilty in an insider trading case and resigned. He faces a maximum sentence of about four years in prison.

Hunter’s departure will mark the end of a political dynasty in which he and his father represented the district for nearly 40 years. Duncan Hunter Sr. was elected to the seat in 1980 and held it until his son won in 2008.

Until now, Hunter had resisted calls to resign, calling the charges a politically motivated attempt to drive him from office in a state where Democrats are in the majority. Following his indictment in August 2018 he said the charges were brought by prosecutors who attended a fundraiser for Hillary Clinton.

After his wife agreed to a plea deal, Hunter said “it’s obvious that the Department of Justice went after her to get to me for political reasons.”

Hunter was the first Marine combat veteran elected to Congress after deployments to Iraq and Afghanistan. He said he will continue to fight for veterans, but he did not say in what capacity.

"Going forward, life throws challenges at you, that's what life does, and I think the most important thing is to just keep your head down, shut up and face those challenges head on and that's what I'll be doing," he said.