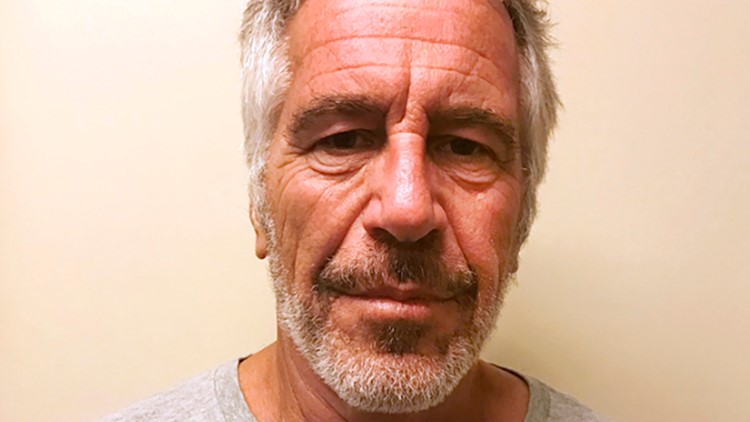 Federal prosecutors offered a plea deal to two correctional officers responsible for guarding Jeffrey Epstein on the night of his death, but the officers have declined the offer, people familiar with the matter told The Associated Press.

The existence of the plea offer signals the Justice Department is considering criminal charges in connection with the wealthy financier’s death at the Metropolitan Correctional Center in New York in August. The city’s medical examiner ruled Epstein's death a suicide.

The guards on Epstein's unit are suspected of failing to check on him every half hour, as required, and of fabricating log entries to show they had. As part of the proposed plea deal, prosecutors wanted the guards to admit they falsified the prison records, according to the people familiar with the matter. They spoke on the condition of anonymity because they were not permitted to publicly discuss the investigation.

The U.S. attorney’s office in Manhattan had no comment on the plea offer.

Both guards were working overtime because of staffing shortages. They have been placed on administrative leave while the FBI and the Justice Department's inspector general investigate the circumstances surrounding Epstein's death. The 66-year-old had been awaiting trial on charges of sexually abusing teenage girls.

Epstein was placed on suicide watch after he was found on his cell floor July 23 with bruises on his neck. Multiple people familiar with operations at the jail have said Epstein was then taken off suicide watch about a week before his death, meaning he was less closely monitored but still supposed to be checked on every 30 minutes.

Epstein’s death exposed mounting evidence that the chronically understaffed Metropolitan Correctional Center may have bungled its responsibility to keep him alive. Guards often work overtime day after day, and other employees are pressed into service as correctional officers.

Falsification of records has been a problem throughout the federal prison system. Kathleen Hawk Sawyer, who was named director of the Bureau of Prisons after Epstein’s death, disclosed in a Nov. 4 internal memo that a review of operations across the agency found some staff members failed to perform required rounds and inmate counts but logged that they had done so anyway.

“Falsification of information in government systems and documents is also a violation of policy, and may be subject to criminal prosecution as well,” Hawk Sawyer wrote in the memo to top prison officials, a copy of which was obtained by the AP.

The memo also noted that staff members who are indicted by a grand jury will be placed on an indefinite, unpaid suspension until the resolution of the criminal case.

Epstein's ability to take his own life while incarcerated at one of the most secure jails in America ended the possibility of a trial that would have involved prominent figures. And it sparked widespread anger that he wouldn't have to answer for the allegations. He had pleaded not guilty and was preparing to argue that he could not be charged because of a 2008 deal he made to avoid federal prosecution on similar allegations.

The Justice Department has vowed to aggressively investigate and bring charges against anyone who may have helped Epstein. Federal prosecutors investigating the financier’s death subpoenaed up to 20 staff members at the jail in August.

Attorney General William Barr — who has said investigators found "serious irregularities" at the jail — said the FBI's investigation had been slowed because some witnesses had been uncooperative.

In addition to the shakeup at the top of the Bureau of Prisons, the warden at the Metropolitan Correctional Center had also been reassigned to a desk post at a regional office.