Ida destroyed the city’s electrical grid and left more than 1 million customers in Louisiana without power. 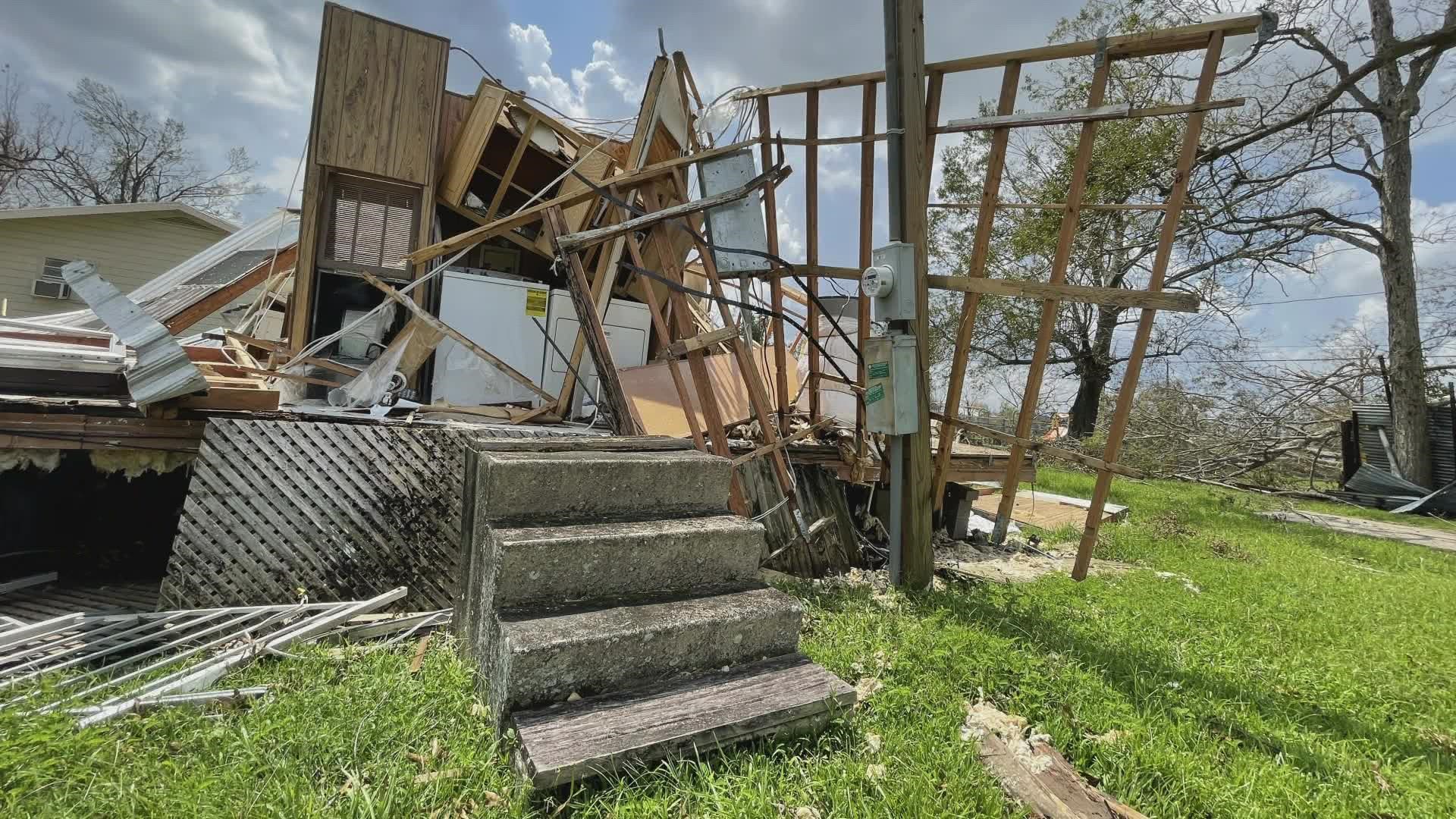 NEW ORLEANS — Power should be restored to New Orleans by the middle of next week, utility officials said Friday, and sheriff's deputies warned people returning to communities outside the city to come equipped like survivalists because of the lack of basic services in the aftermath of Hurricane Ida.

The storm knocked out electricity to more than 1 million customers in Louisiana, but almost all lights in the city should be back on by Wednesday, according to Entergy, the company that provides power to New Orleans and much of southeast Louisiana in the storm’s path.

The utility issued a statement asking for patience and acknowledging the heat and misery in the storm's wake. More than 25,000 workers from 40 states are trying to fix 14,000 damaged poles, more than 2,200 broken transformers and more than 150 destroyed transmission structures.

“Please know that thousands of employees and contractors are currently in the field working day and night to restore power. We will continue working until every community is restored.” said Rod West, a group president for utility operations.

The outlook was bleaker south and west of the city, where Ida's fury fully struck. The sheriff's office in Lafourche Parish cautioned returning residents about the difficult situation that awaited them — no power, no running water, little cellphone service and almost no gasoline.

“Residents can return to the parish outside of curfew times but are advised to come prepared with all provisions necessary to self-sustain,” deputies wrote on Facebook.

The utility offered no promises for when the lights will come back on in the parishes outside New Orleans, some of which were battered for hours by winds of 100 mph (160 kph) or more.

President Joe Biden arrived Friday to survey the damage. He met with local officials and toured a neighborhood in LaPlace, a community between the Mississippi River and Lake Pontchartrain that suffered catastrophic wind and water damage that sheared off roofs and flooded homes. The president also planned a flyover tour of other hard-hit communities, including Lafitte, Grand Isle, Port Fourchon and Lafourche Parish.

“I promise we’re going to have your back,” Biden said at the outset of a briefing by officials.

But some people could not wait for the power to come back, and a second evacuation was underway. New Orleans and neighboring Jefferson Parish continue to help people find shelters or connect with family members outside the heavily damaged areas.

C.J. Conrady was at one of those centers Friday in Marrero with his brother and their mother. She was in a wheelchair after a surgery just before Ida struck left her with incisions all the way up her back. An intravenous line to give her antibiotics fell out the day before, and there was no refrigeration in their home to keep the insulin for her diabetes cold.

“We decided to tough it out and see if the power would come back on soon. It did not,” Conrady said.

Gwen Warren was waiting for a bus to Alexandria or maybe farther north to Monroe. She stayed after Hurricane Katrina in 2005 knocked out power for weeks. But at 61, Warren said the stifling September weather was just too much.

“Any place the lord blesses us to go out of this heat, where we’re able to get some food, get a hot bath and, you know, just some comfort, is fine,” Warren said.

In other developments, Louisiana health officials started an investigation into the deaths of four nursing home residents who were evacuated to a warehouse ahead of the severe weather.

The residents who died were among hundreds from seven nursing homes taken to the warehouse in Independence, where health officials received reports of people lying on mattresses on the floor, not being fed or changed and not being socially distanced to prevent the spread of the coronavirus, which is currently ravaging the state.

A coroner classified three of the deaths as storm-related.

When a large team of state health inspectors showed up on Tuesday to investigate the warehouse, the owner of the nursing homes demanded that they leave immediately, Louisiana Department of Health spokesperson Aly Neel said.

Neel identified the owner as Bob Dean. The Associated Press called several numbers connected to Dean and attorneys who have represented him in the past, but they did not respond.

Dean told Baton Rouge television station WAFB that the inspectors were on his property illegally.

“We only had five deaths within the six days, and normally with 850 people, you’ll have a couple a day, so we did really good with taking care of people," Dean said.

Gov. John Bel Edwards promised a full investigation and “aggressive legal action” if warranted and said none of the other nursing homes were having issues.

Biden has promised full federal support to Gulf Coast states and the Northeast, where Ida's remnants dumped record-breaking rain and killed at least 50 people from Virginia to Connecticut.

At least 14 deaths were blamed on the storm in Louisiana, Mississippi and Alabama, including the three nursing home deaths. The Louisiana Department of Health on Friday reported an additional death — a 59-year-old man who was poisoned by carbon monoxide from a generator that was believed to be running inside his home. Several deaths in the aftermath of the storm have been blamed on carbon monoxide poisoning, which can happen if generators are run improperly.

“The most dangerous part of a hurricane is after the storm,” said Entergy New Orleans CEO Deanna Rodriguez, who asked people to be careful around generators. ”Here it’s sadly happening again.”

About 850,000 people in Louisiana, including much of New Orleans, remained without power, down from the peak of around 1.1 million five days ago as the storm arrived with top winds of 150 mph (230 kph). It is tied for the fifth-strongest hurricane ever to strike the mainland U.S.

Edwards said more than 220,000 people have already registered for assistance from the Federal Emergency Management Agency, and 22,000 have applied for a federal program to place tarps on damaged roofs. About 72,000 “blue roofs” — tarps to protect protect homes with damaged roofs — may be needed across Louisiana, federal officials said.

“I know that people are anxious and tired,” Edwards said Thursday. “I know they’re hot. And the tempers can flare when they’re waiting in those long gas lines. I’m asking people to be patient.”