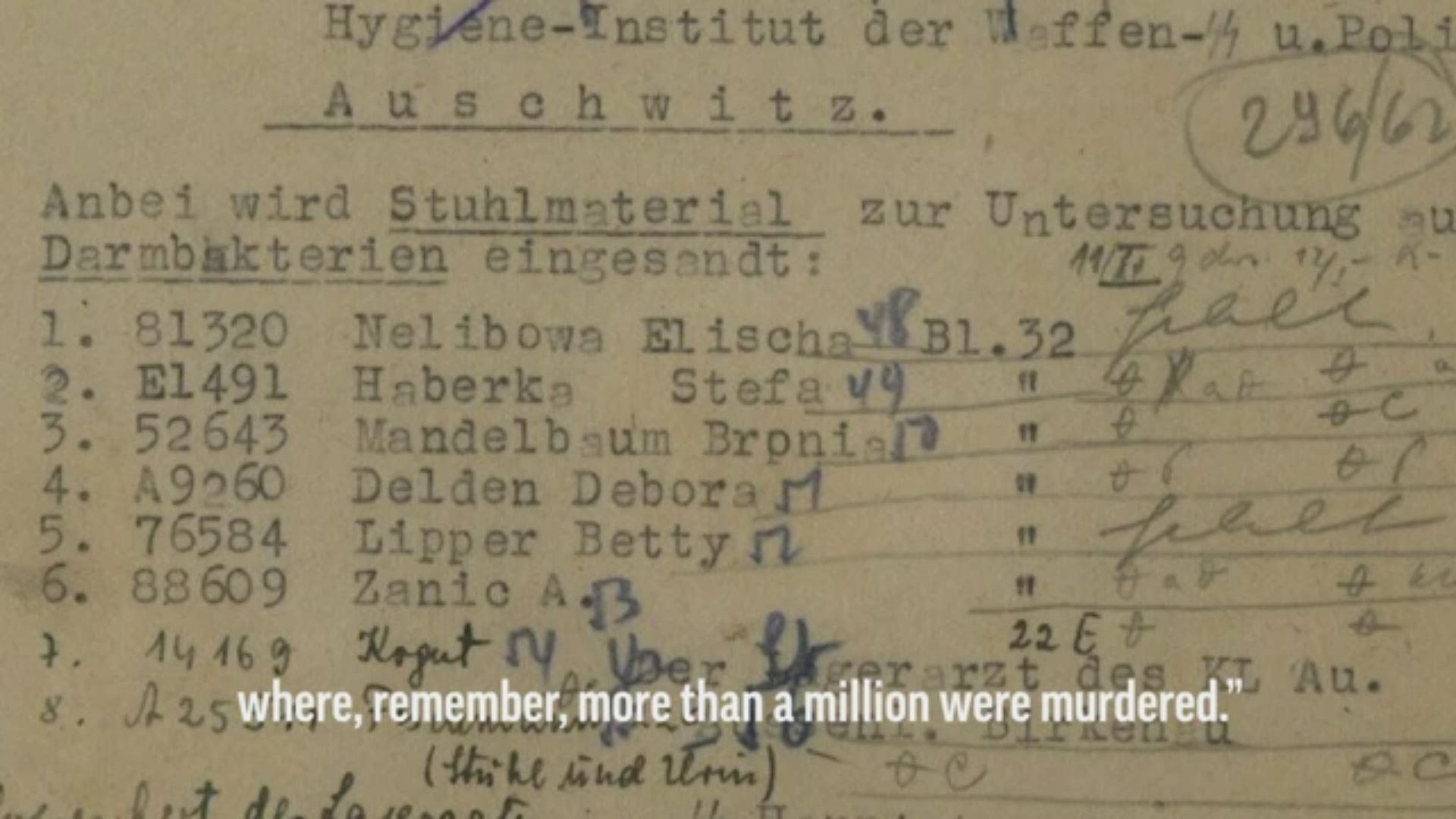 Survivors of the Auschwitz-Birkenau death camp are gathering for commemorations marking the 75th anniversary of the liberation of the camp by the Soviet army. It is also International Holocaust Remembrance Day, marking the genocide that killed 6 million Jews during World War II.

Monday's ceremony will stress the testimony of survivors and include warnings about the signs of rising anti-Semitism and hatred in the world today.

In all, more than 200 survivors of the camp are expected, many of them elderly Jews who have traveled from homes in Israel, the United States, Australia, Peru and elsewhere.

Many of them lost parents and grandparents in Auschwitz or other Nazi death camps, but today were being joined in their journey back by children, grandchildren and even great-grandchildren.

Auschwitz survivor Bronia Brandman says that educating others by telling her story is the driving force in her life 75 years after the liberation of the death camp.

She spent two years in the infamous camp and escaped death several times but her three sisters died there. The 88-year-old says being among a shrinking group who can offer personal testimony is especially important now when anti-Semitism is rising globally and fewer young people know about the Holocaust and camps like Auschwitz.

“We need to teach our children what words, what racism, what lies mean," she said.

One survey released last week by the Conference on Jewish Material Claims Against Germany (Claims Conference) showed 25% of French Millenials have never heard of the Holocaust.

The Guardian reports that a poll commissioned by the Holocaust Memorial Day Trust found 1-in-20 Britons don't believe the Holocaust happened.

A 2018 study, also from the Claims Conference, found 41 percent of Americans and 66 percent of Millenials didn't know what Auschwitz is.

RELATED: Holocaust survivor recalls the lie that saved her life at Auschwitz

Pope Francis invited prayers and reflection about the “atrocity” of the Holocaust, urging people to vow in their heart “never again.”

In remarks to the public in St. Peter's Square on Sunday, Francis noted Monday's anniversary. The Pope said that “in the face of this huge tragedy, this atrocity, indifference is not admissible and memory is a duty.” He said that on Monday “all are invited to take a moment for prayer and for reflection, each one saying in one's own heart: never again!”

For Marija Frlan, it's as symbolic as it can get. A survivor of another Nazi concentration camp during World War II, the Slovenian woman turns 100 years old on Monday.

Frlan told The Associated Press a person could talk about their time at the Nazi's Ravensbrueck camp, but only fellow survivors can truly understand the horror of the ordeal. Frlan was imprisoned by the German Nazi occupiers in her native Slovenia before being shipped to Ravensbrueck in March 1944.

She plans to join other survivors Monday in Poland for the 75th anniversary of the liberation of Auschwitz.