Crane wants to allow fans into the stadium to attend games and buy merchandise and beer and "whatever they'd like to have." 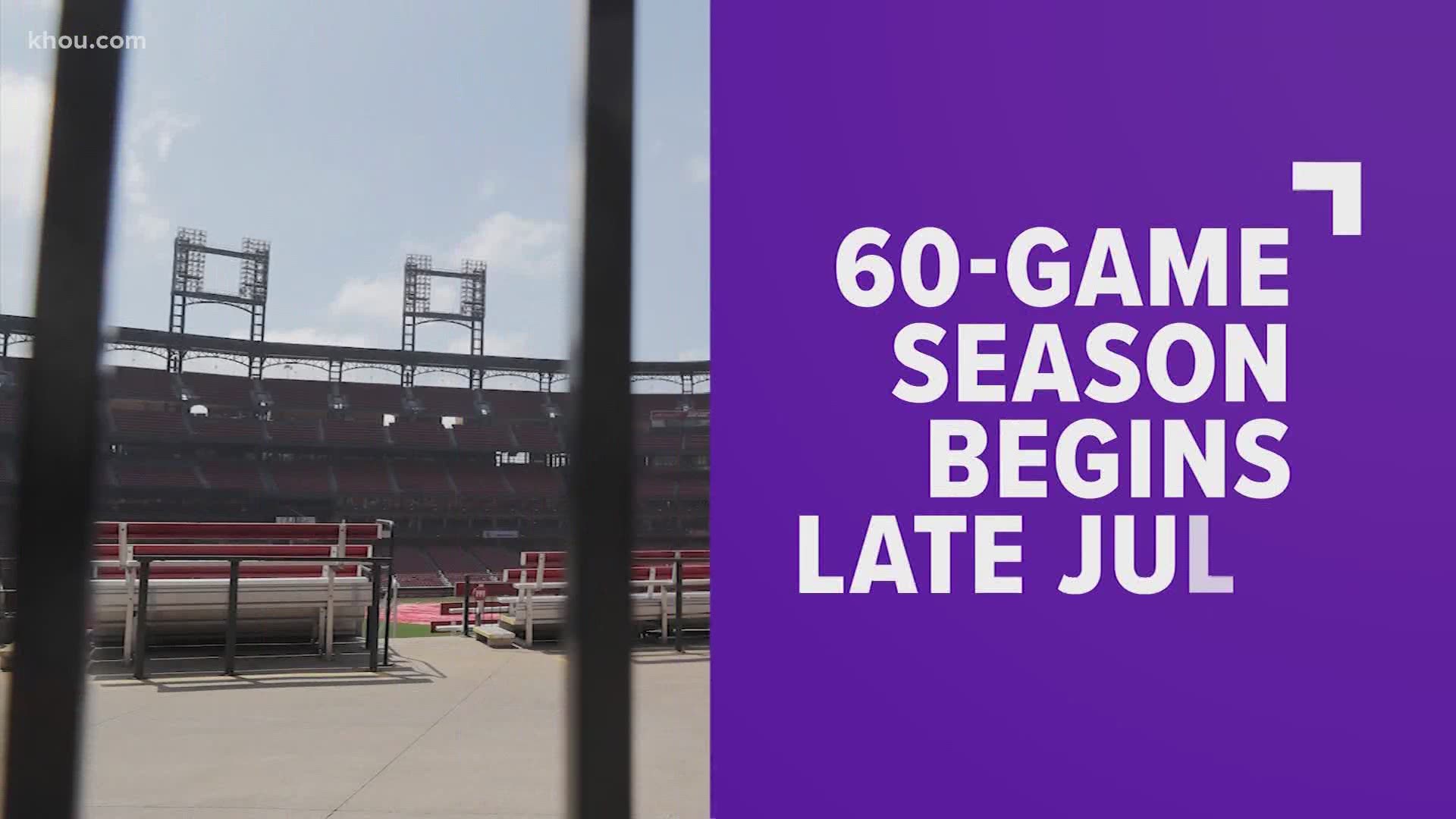 HOUSTON — Houston Astros owner Jim Crane said during an interview on Wednesday that he is planning on allowing fans in the Minute Maid Park to bring back revenue during the shortened 2020 baseball season.

Major League Baseball issued a 60-game schedule Tuesday night that will start July 23 or 24 in empty ballparks as the sport tries to push ahead amid the coronavirus following months of acrimony.

A dramatically altered season with games full of new rules was the final result of failed financial negotiations. But for fans eager to see any baseball this year, at least now they can look forward to opening day.

RELATED: Baseball is back! MLB says players will report to camps July 1

Crane wants to get fans back into the stadium to attend games and buy merchandise and beer and "whatever they'd like to have."

“We’ve still got to go through the player protocol. They’re very focused on that and the staff that’s going to be associated with the games once we fire up,” Crane said. “I think the intent at some point is to get the fans in the ballpark.”

However, there's been no decision by the MLB on whether fans can attend games at some point. Commissioner Rob Manfred said the first order of business is getting comfortable with games in empty stadiums.

Texas Gov. Greg Abbott said Wednesday that the state is facing a “massive outbreak” in the coronavirus pandemic as the numbers of new cases and hospitalizations hit record highs, and that some new local restrictions may be needed to protect hospital space for new patients.

Texas health officials reported a record-high 5,551 new coronavirus cases Wednesday, and another record of 4,389 patients hospitalized with COVID-19, the disease caused by the virus.