The film announced Monday is described as 'an intimate look into the life of former First Lady Michelle Obama.' 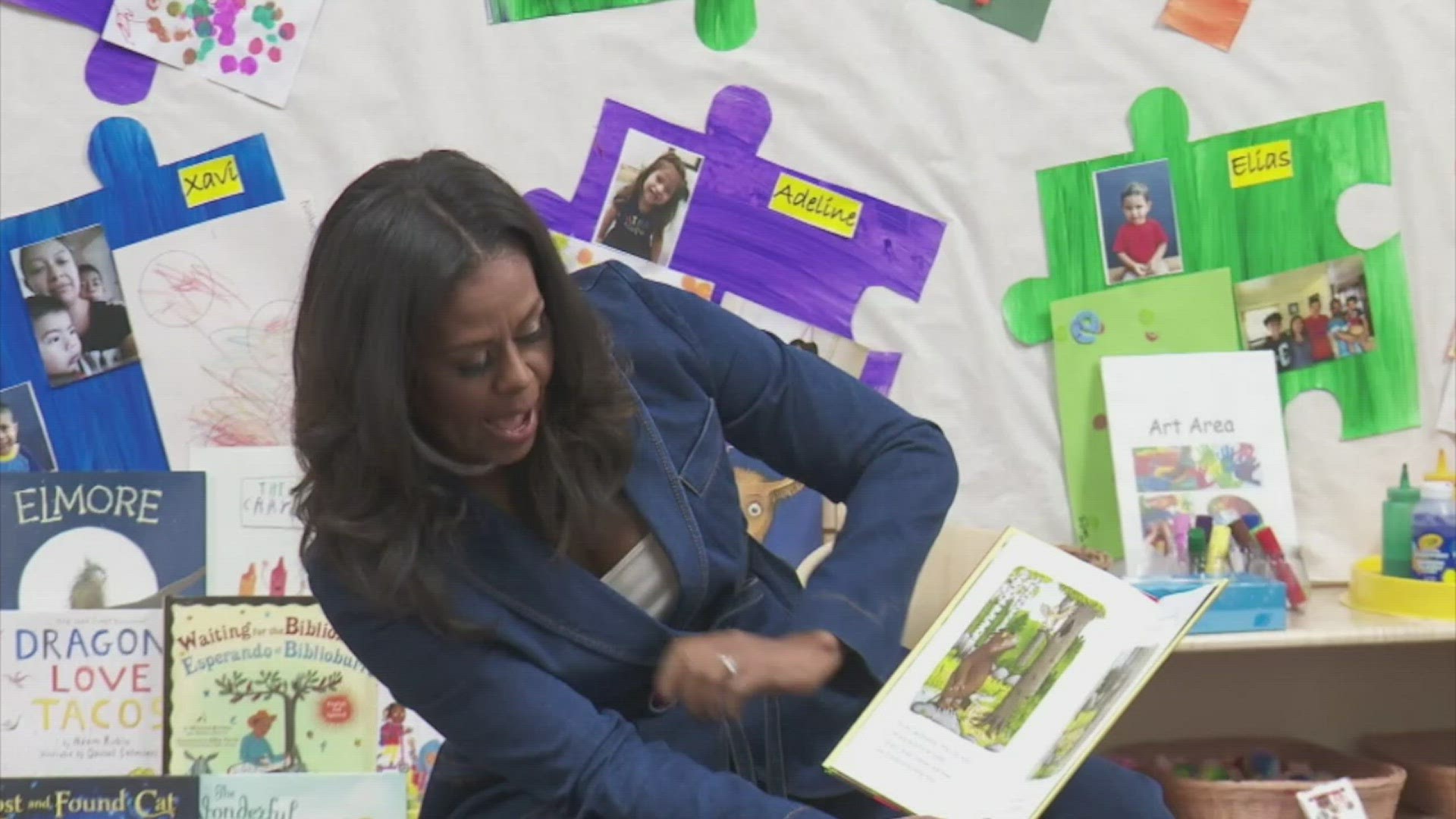 The film, described as “an intimate look into the life of former First Lady Michelle Obama” chronicles her 34-city book tour in 2018-2019 for her best-selling memoir “Becoming.” Obama's promotional tour, managed by the concert promoter Live Nation, had the scale of a rock tour, with a string of dates at sold-out arenas.

The film will debut May 6 on Netflix. In a statement, Obama said the experience of the tour “drove home the idea that what we share in common is deep and real and can't be messed with.”

“We processed the past and imagined a better future. In talking about the idea of ‘becoming,’ many of us dared to say our hopes out loud,” said Obama. “I treasure the memories and that sense of connection now more than ever, as we struggle together to weather this pandemic, as we care for our loved ones, tend to our communities, and try to keep up with work and school while coping with huge amounts of loss, confusion, and uncertainty.”

“Becoming” has sold more than 11 million copies and been translated into more than 20 languages. The former First Lady's popularity has made her a potentially pivotal figure in the 2020 presidential campaign. Joe Biden, the presumptive Democratic nominee, recently said that he'd pick her as a running mate “in a heartbeat,” before adding that he didn't think she “has any desire to live in the White House again.”

Credit: AP
FILE - In this Dec. 19, 2018 file photo, former first lady Michelle Obama responds to questions during an appearance for her book, 'Becoming.'

Nadia Hallgren, a veteran documentary cinematographer making her feature directorial debut in “Becoming,” trailed Obama on the book tour from city to city. “She moves quickly and I had to learn to move with her,” said Hallgren.

“Becoming” is the latest release from Higher Ground Productions, the production company created by Barack and Michelle Obama. Their exclusive multi-film deal with Netflix has already proven fruitful. Their first film, “American Factory,” by Julia Reichert and Steven Bognar, earlier this year won the Academy Award for best documentary. (The Obamas did not attend the Oscars, nor received a statuette.) Higher Ground was also behind the acclaimed recently released documentary “Crip Camp: A Disability Revolution,” by James Lebrecht and Nicole Newnham.

The former First Lady acknowledged the timing is difficult for a film about community, and that social distancing doesn't come naturally to her: “I'm a hugger,” she said. During the pandemic, Obama has read children's books to kids stuck at home in an online series titled “Mondays with Michelle Obama.” “I'm here for you," she said in her statement. "And I know you are here for one another.”

“Empathy is our lifeline here. It’s what will get us to the other side," said Obama. "Let’s use it to redirect our attention toward what matters most, reconsider our priorities, and find ways to better remake the world in the image of our hopes.”