Scientists hope to use the eggs to create viable embryos that would be transferred into surrogates. The last male northern white rhino, Sudan, died in March 2018. 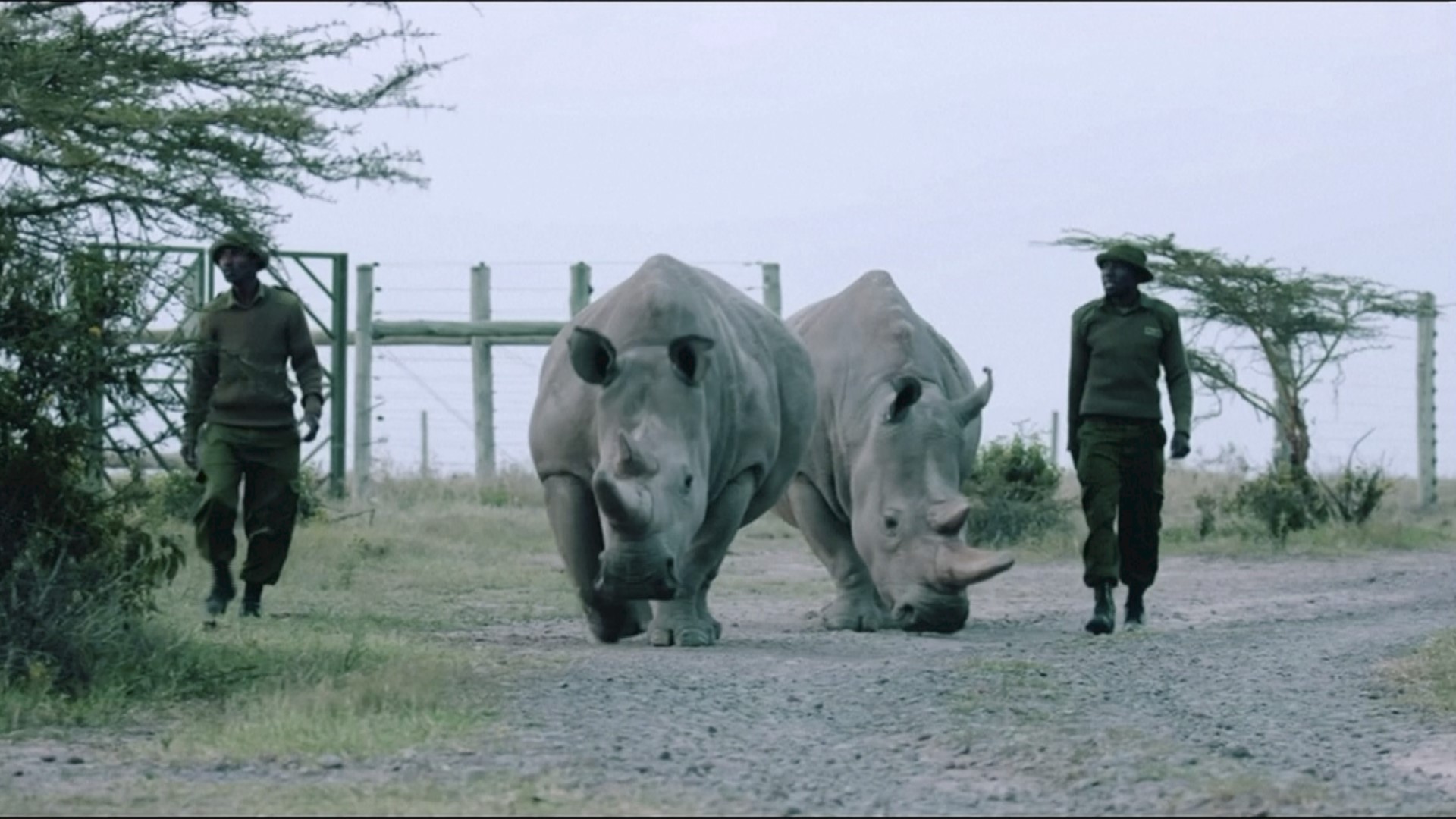 An international team of scientists said they successfully extracted eggs from the last two remaining northern white rhinos, a step on the way to possibly saving the subspecies from extinction.

Ten eggs were harvested from the female rhinos at the Ol Pejeta Conservancy in Kenya. The scientists said Tuesday they hope to use them to create viable embryos that would be transferred into surrogates since neither Najin and Fatuwill can carry a pregnancy to term.

The coronavirus pandemic had delayed the process, but the team from Germany’s Leibniz Institute for Zoo and Wildlife Research and Safari Park Dvur Kralove in the Czech Republic said, “The ovum pickup went smoothly and without any complications."

RELATED: Africa's endangered wildlife at risk as tourism dries up

The harvested eggs — the third round to be taken from the two females since August 2019 - were immediately flown to the Avantea Laboratory in Italy to be artificially inseminated with frozen sperm from now-deceased northern white rhino bulls.

Three embryos were created from the previously extracted eggs.

The next step is to select female southern white rhinos, another rhino subspecies, at Ol Pejeta to serve as surrogate mothers.

Credit: AP
A team of scientists and local rangers prepare to extract eggs from one of the two remaining female northern white rhinos at an enclosure at Ol Pejeta Conservancy, Kenya, Tuesday, Aug. 18, 2020. An international team of scientists said they have successfully extracted eggs from the last two remaining northern white rhino females, a step on the way to possibly save the subspecies from extinction. (Rio the Photographer/Ol Pejeta via AP)