Team owner Richard Petty, who won a record-tying seven championships as a driver, said he would fire any employee that didn't stand for the anthem. 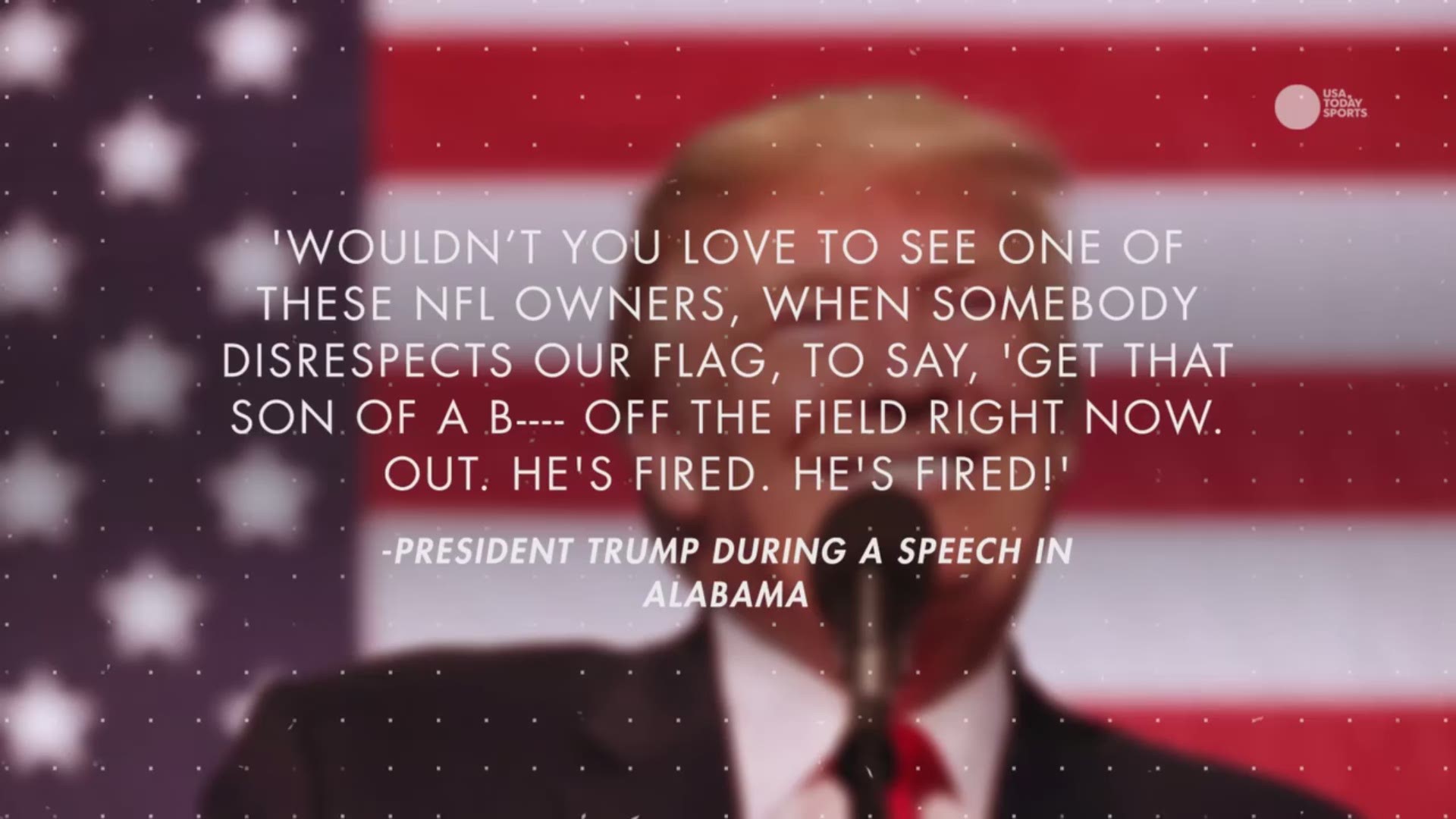 NASCAR again proved to be an insular oddity in American sports culture on Sunday as Monster Energy NASCAR Cup Series pre-race festivities at New Hampshire Motor Speedway were completely devoid of the type of national anthem protests that have permeated other professional sports.

Demonstrations have increased in response to President Trump asserting that NFL owners should “get that son of a b---- off the field right now. Out. He's fired. He's fired!" if one of their players protested.

On the day Jacksonville Jaguars owner Shahid Khan linked arms with players in a silent protest before an NFL game in London, if any NASCAR competitors shared the political opinion of athletes expressing themselves elsewhere, they fell completely in line anyway. In a state whose motto is “Live Free or Die,” crewman, including numerous African-Americans, stood in rows as usual for the national anthem, adhering to the prevailing opinion of the sport’s team owners.

“Get you a ride on a Greyhound bus when the national anthem is over,” team owner Richard Childress responded when asked what he would do if one of his employees protested during the anthem. “I told them anyone who works for me should respect the country we live in. So many people have gave their lives for it. This is America.”

Team owner Richard Petty, who won a record-tying seven championships as a driver, said he would fire any employee that didn't stand for the anthem.

“Anybody that don’t stand up for that ought to be out of the country. Period,” Petty said. “If they don’t appreciate where they’re at … what got them where they’re at? The United States.”

Walt Czarnecki, executive vice president of Penske Corp., said Team Penske has no policy regarding the issue and said, “it’s an issue we’ve never faced and don’t anticipate facing.” He said to his knowledge the team has never spoken with a sponsor about it, either.

Team owner Chip Ganassi said he liked “Mike Tomlin’s answer,” referring to the Pittsburgh Steelers coach who stood on the field as the vast majority of his players remained in the locker room.