The seven-man team will take the field during 'Monday Night Football' next week as the Tampa Bay Buccaneers take on the Los Angeles Rams. 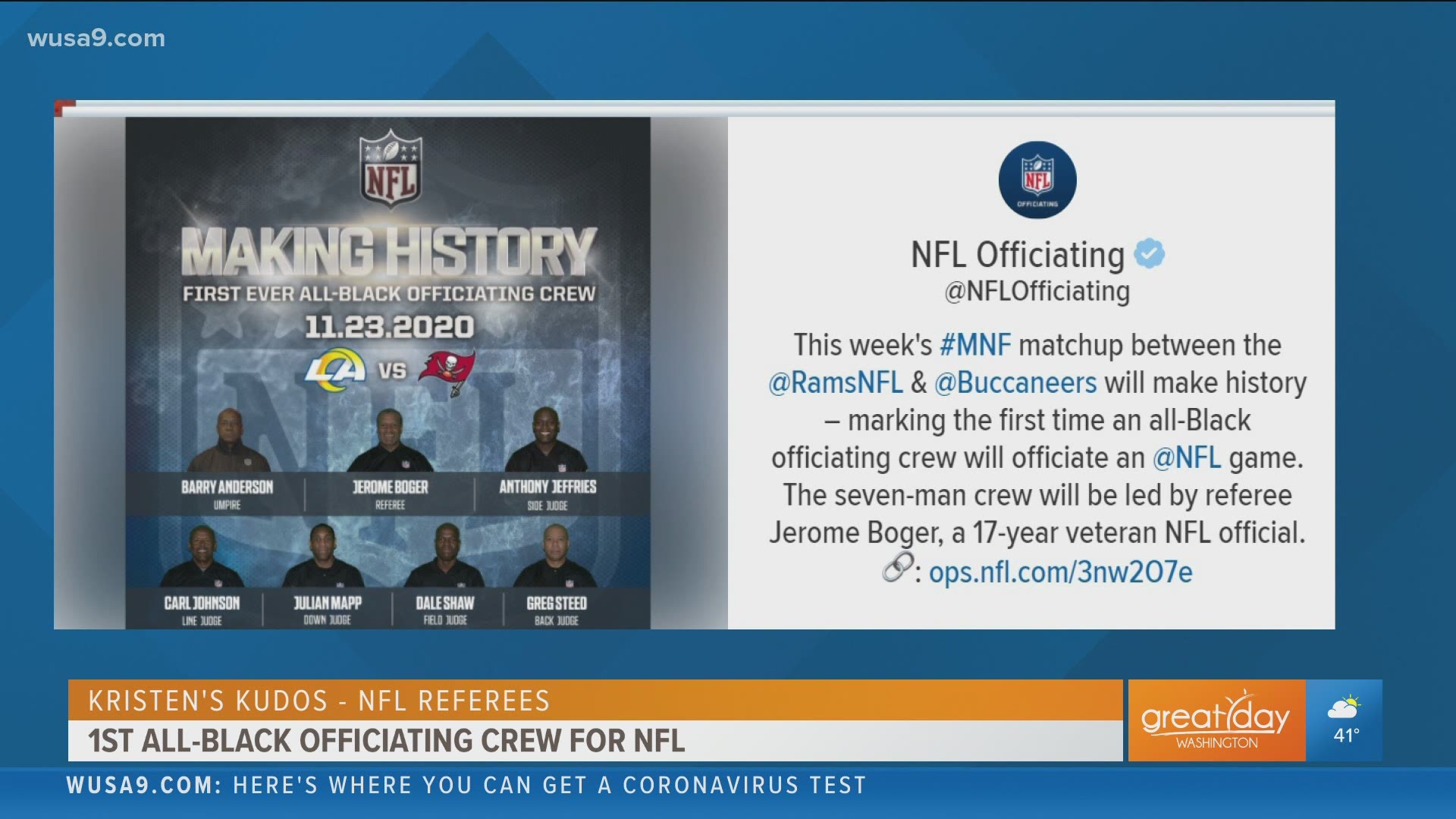 The NFL will have its first all-Black officiating crew during "Monday Night Football" next week as the Tampa Bay Buccaneers take on the Los Angeles Rams in Tampa.

The seven-man team will be led by referee Jerome Boger, a 17-year NFL officiating veteran who refereed Super Bowl XLVII. He will be joined by umpire Barry Anderson, down judge Julian Mapp, line judge Carl Johnson, side judge Dale Shaw, field judge Anthony Jeffries and back judge Greg Steed, according to ESPN.

“This historic Week 11 crew is a testament to the countless and immeasurable contributions of Black officials to the game, their exemplary performance, and to the power of inclusion that is the hallmark of this great game,” Troy Vincent, NFL executive vice president of football operations, said in a statement provided to USA Today and ESPN.

According to USA Today, both the Buccaneers and Rams have set significant inclusion standards previously.

Tampa Bay is the first team in league history to have three Black coordinators and currently has two female assistant coaches. As for the Rams, it was the first team to integrate in 1946 after a 12-year color ban.

Members of Monday's officiating team are made up of various crews assembled for this specific purpose, according to USA Today.

Typically, the 17 officiating crew teams are consistent throughout the season to enhance communication, according to ESPN. This year, crews were assigned by home geography to limit flight travel and provide the opportunity to drive.

Johnson, who lives in Louisiana, and Steed, who lives near Washington, D.C., were both pulled from separate crews to make the upcoming milestone possible.

Credit: AP
NFL referee Jerome Boger makes a call during the second half of an NFL football game between the Dallas Cowboys and Philadelphia Eagles in Arlington, Texas, Sunday, Oct. 20, 2019. (AP Photo/Roger Steinman)