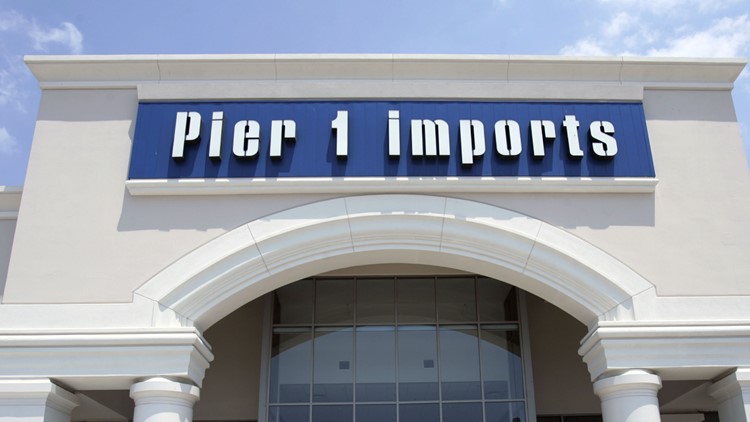 Pier 1 Imports to close up to half its stores

WASHINGTON — The furniture chain Pier 1 Imports says it will close up to 450 stores and is reportedly preparing to file for bankruptcy. In that process the retailer is said to be planning to cut about 40% of its staff, according to reporting by Bloomberg. The 450 stores the home goods brand says it is closing make up about half of its brick and mortar operation.

As CNN reports, Pier 1 Imports has been struggling to compete for years with the demands of online shopping, and "big-box rivals."

Pier 1 received consent from lenders under the Revolving Credit Facility Monday to reduce the amount of brick and mortar stores it operates. According to the retailer, the company plans to close 450 store locations as well as "certain distribution centers" and plans to reduce its corporate expenses, including a reduction in "corporate headcount." Pier 1 is planning to utilize the services of a third party liquidator in the process of closing stores.

According to an investor relations document released by Pier 1 on January 6th, company's comparable sales were down by 11.4%, citing an issue with recent holiday sales. Net sales also decreased by 13.3% in the third quarter of 2019.

Pier 1 Imports is headquarters in Fort Worth, Texas and was founded in 1962 with one brick and mortar store. Today the retailer operates 936 stores around the U.S. along with an online retail operation.