The Duke of Sussex reveals in ‘The Me You Can’t See' that London is a place where he’s felt trapped and hunted by cameras, leading to anxiety. 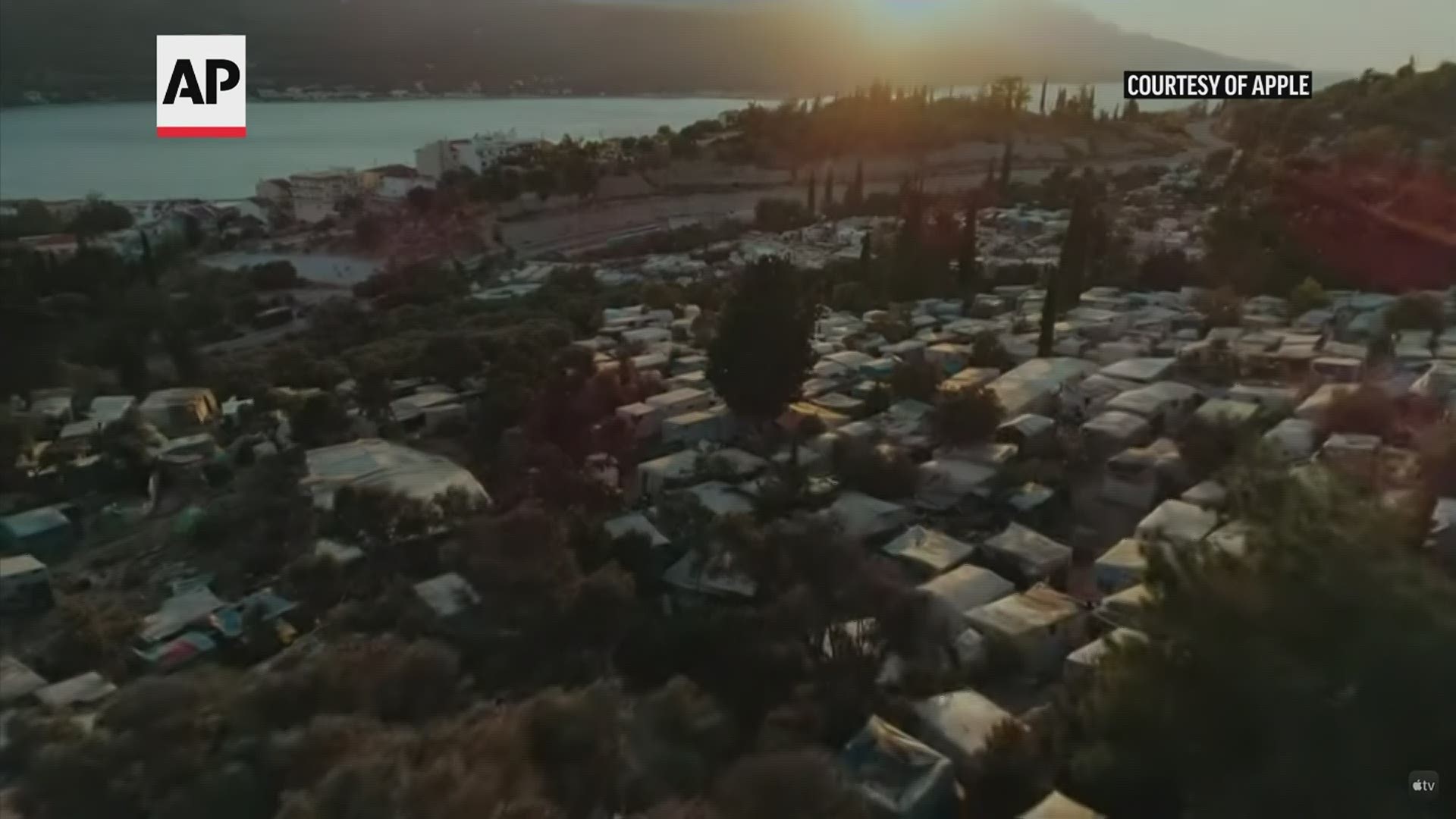 NEW YORK — For Harry, returning to London to attend Prince Philip's funeral last month meant once more facing a place where he felt trapped and hunted by cameras. It would be a test of his ability to cope with the anxiety that was bubbling up again.

“I was worried a bout it, I was afraid,” Harry told The Associated Press during a recent joint interview with Oprah Winfrey to promote a mental-health series they co-created and co-executive produced for Apple TV+.

He was able to work through any trepidation using coping skills learned in therapy.

“It definitely made it a lot easier, but the heart still pounds,” said Harry, the Duke of Sussex and grandson of Britain's Queen Elizabeth II and her late husband Philip.

In “The Me You Can’t See,” which debuted Thursday night on Apple’s streaming service, Harry reveals that he first saw a therapist approximately four years ago at the encouragement of then-girlfriend Meghan. They'd had an argument and she recognized his anger seemed misplaced.

The series is another chapter in the unprecedented openness that Harry has brought to his life and his royal family relationships since stepping away from his duties and moving with his wife to California. In March, he and Meghan gave a headline-making interview to Winfrey that elicited a rare public response from the palace.

Harry's self-work may be relatively recent but he and older brother William, The Duke of Cambridge, have long championed the importance of mental health. In 2016, Harry, William and his wife Catherine, the Duchess of Cambridge, launched Heads Together, an initiative to speak up and not be ashamed to ask for help when mental well-being is at stake.

Their collective work led to interactions with people across the globe, from all walks of life, and they recognized a common thread. “Sharing your story in order to be able to save a life or help others is absolutely critical," said Harry.

Harry is practicing what he preaches and laying bare his own struggles with trauma and grief. He describes in “The Me You Can't See,” the instances of feeling helpless as a young boy while riding in the car with his mother, Princess Diana, who cried as they were surrounded by paparazzi and she struggled to drive.

Years later, Diana was killed in Paris after the car she and friend Dodi Fayed were riding in, crashed during a high-speed chase to flee cameras. Harry was 12 and suppressed his own feelings to meet the mourning public gathered outside Kensington Palace.

Cameras rolled and snapped away as he walked behind her casket to Diana's funeral, alongside William, father Prince Charles, Philip and Diana’s brother Charles Spencer.

Harry’s revelations coincide with Queen Elizabeth's official confirmation a few months ago that he and Meghan will not return to their senior royal positions within the family, following a one-year trial period.

The couple now lives about 90 minutes north of Los Angeles in an exclusive area near Santa Barbara called Montecito. They count Winfrey, Katy Perry and Orlando Bloom as neighbors. The paparazzi still lurks but it's less intense than in Los Angeles.

This new, outspoken prince who shares his emotions is a contrast to the “never complain, never explain," “keep calm and carry on” mantras that are part of the prototypical British way.

The British tabloids have had a field day picking apart his statements. Some royal commentators have also cried foul over a contradiction between seeking a private life yet granting interviews and revealing family strife.

Harry appears to be cautious in choosing what he wants to speak about, and neither he nor Meghan seem interested in sharing their every move with the world. They do not operate a social media account.

He is undeterred by naysayers, he says, because there's a greater good in being honest about his struggles. “I see it as a responsibility. I don’t find it hard to open up," he said. "Knowing the impacts and the positive reaction that it has for so many people that also suffer, I do believe it’s a responsibility.”

Winfrey was already working with Apple to develop a series on mental health when a conversation with Harry sparked the idea to join forces.

“We were having a conversation and I asked him, ‘What are the two most important issues you think facing the world today?’ And he said immediately, ‘climate change and mental health.’ She mentioned the project and Winfrey recalls him later saying , ‘Oh, by the way, if you ever need any help with that … give me a call.’ And I went and turned around and said, ‘What’s your number?’”

Winfrey's existing partnership with Apple created a rare opportunity to reach the vast number of people who use the company’s devices, Harry said.

Credit: AP
This image provided by Harpo Productions shows Prince Harry, left, and Meghan, Duchess of Sussex, in conversation with Oprah Winfrey. "Oprah with Meghan and Harry: A CBS Primetime Special" airs March 7, 2021. Britain’s royal family and television have a complicated relationship. The medium has helped define the modern monarchy: The 1953 coronation of Queen Elizabeth II was Britain’s first mass TV spectacle. Since then, rare interviews have given a glimpse behind palace curtains at the all-too-human family within. (Joe Pugliese/Harpo Productions via AP, File)

“If that’s in a billion pockets on a billion screens, then maybe we can really start a global conversation about this,” he said.

Winfrey recalls some of her own childhood traumas in “The Me You Can’t See.” In addition to her and Harry’s stories, the series also features accounts from both regular people and celebrities including Lady Gaga and Glenn Close, who speak candidly about their own experiences with mental illness.

Winfrey said Harry pushed to present a global perspective. “This has got to be a world thing and not just a U.S. thing,’” she recounted him saying, adding: "I think we’ve accomplished that really well.”

Harry jokes he's “slowly catching up” to Winfrey's decades of inner-work and encouragement of others to do the same whether on “The Oprah Winfrey Show" or her “Super Soul Sunday" interviews on OWN. Even Winfrey said she's had a lot to learn.

“I have dealt personally with one of the girls from my school (Oprah Winfrey Leadership Academy for Girls in South Africa), who had schizophrenia," Winfrey said. “Only after hearing the doctor say that ‘it’s a diagnosis. It’s not your life, it’s not who you are,’ that I had my great awakening about it. ... ‘That is not you. You are a person who has a diagnosis of schizophrenia.’ That is powerful."

Prince Harry also revealed during the interview that he has, in the past, used drugs and alcohol to try and cope with mental health issues.