The ad campaign hopes consumers will pressure corporate America to join the fight against the law. 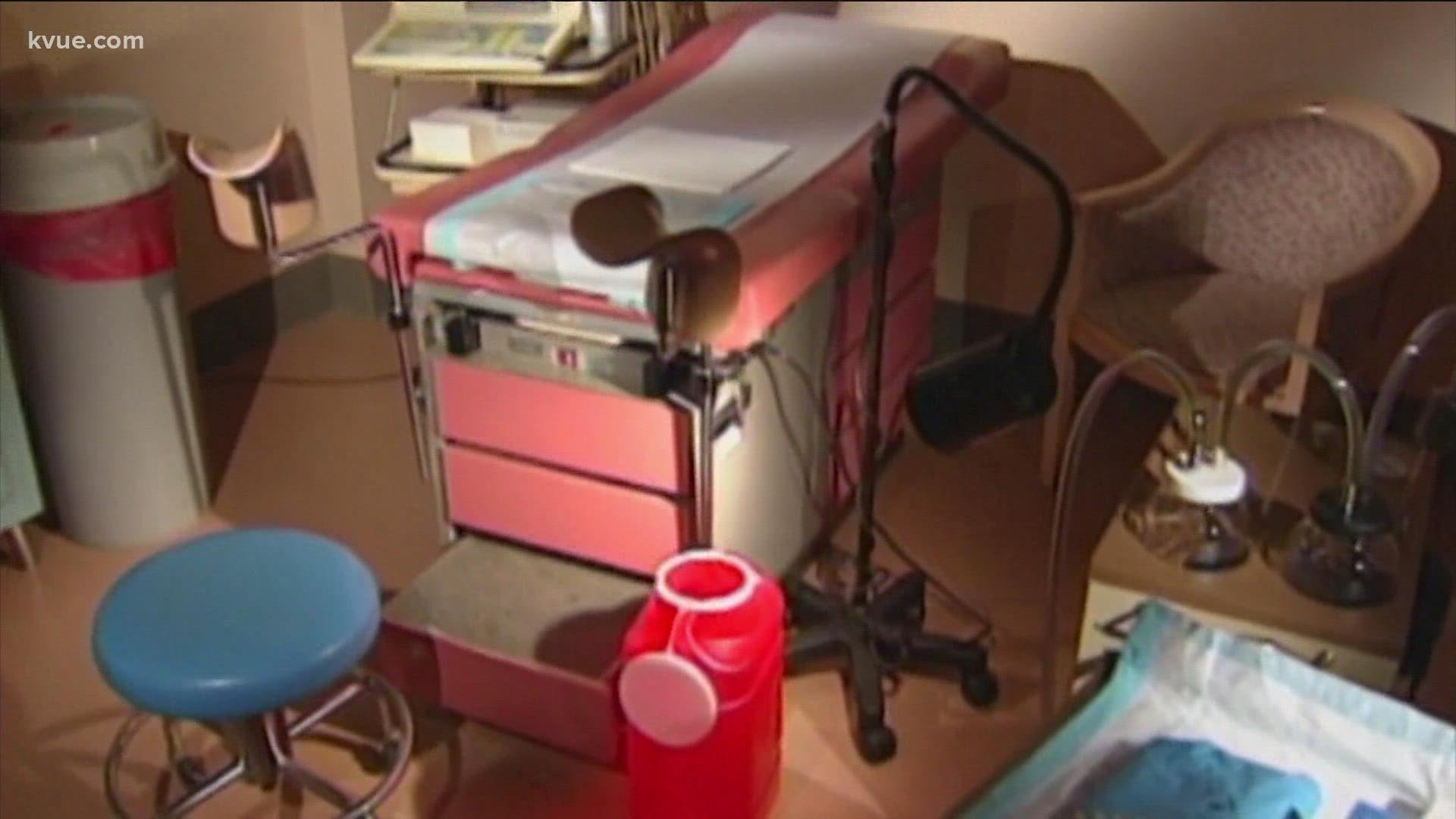 Foes of Texas' strict abortion ban are taking aim at companies that donated money to the bill’s sponsors, hoping consumers will pressure corporate America to join the fight against a surge of restrictions.

The television and digital ads begun this past week by the groups Corporate Accountability Action and American Bridge 21st Century, the Democratic Party’s opposition research arm, highlight AT&T's contributions to Texas Republican lawmakers. There are plans to expand the campaign to Florida, where a similar abortion proposal has been introduced.

Abortion rights supporters in Texas are confronting the nation’s strictest abortion law in one of the most populous states, as well as a conservative-majority U.S. Supreme Court and a wave of GOP lawmakers who want their states to be next. Democrats and their allies on this issue are looking for new ways to harness frustration into leverage.

“This is a moment in our country where there is no middle ground. You really can’t be on the sidelines,” said Cecile Richards, past president of Planned Parenthood and current co-chair of American Bridge 21st Century.

The Texas law greatly slowed the number of abortions, forcing clinics to turn away hundreds of women and leading patients to seek the procedure in other states, which has created growing backlogs.

Texas had roughly two dozen abortion clinics before the law took effect Sept. 1. At least six clinics resumed performing abortions after six weeks of pregnancy after a federal judge blocked the law on Wednesday, according to the Center for Reproductive Rights. But late Friday, an appeals court allowed the restrictions to resume pending further arguments. The Biden administration, which had sued, has until Tuesday to respond.

The ads in Texas aim at AT&T, which Corporate Accountability Action found donated more than $645,000 over the past two years to nearly 22 lawmakers who sponsored the measure. The Dallas-based telecom company also donated thousands to Democratic lawmakers.

In Florida, the group is criticizing corporations such as Walt Disney for its $262,000 in donations to among the more than two dozen lawmakers who sponsored proposed abortion restrictions over the past two years. NBC Universal gave $83,500 to those legislators, and some $88,000 in Texas, CAA found.

AT&T said it a statement it does not take a position on the issue of abortion or endorse the law known as Senate Bill 8, and gave money to legislators on both sides.

Representatives for NBC and Walt Disney, which have also donated to Democrats at other times, did not immediately respond to email messages seeking comment.

The two groups eventually plan to expand the campaign to the dozen states where legislators have said they want to model their own laws based on the Texas measure.

The Texas ban prohibits abortions once cardiac activity is detected, usually around six weeks, which is before many women know they are pregnant. The law's unusual enforcement mechanism kept it from being blocked by the Supreme Court: Private citizens, not the state, have the power to enforce the law through civil suits that can net them $10,000.

Pressuring corporations to pull support and business from states that pass controversial laws has some record of success. North Carolina lost $3.76 billion in business after passing a law blocking transgender people from using the bathroom that aligns with their identity in 2016. That pressure led to a repeal.

This year, the effect was more muted on GOP-backed election-overhaul bills that critics called attempts to suppress Democratic votes. Republicans such as Georgia Gov. Brian Kemp stuck by the measure there, even after Major League Baseball’s decision to move the 2021 All-Star Game out of Atlanta.

Some companies, including the customer-management firm Salesforce, dating app Bumble and ride-hailing companies Uber and Lyft, pushed back against the Texas abortion law after it went into effect a month ago.

But that didn't deter Tesla CEO Elon Musk from announcing Thursday he would move the electric carmaker’s headquarters from the San Francisco Bay area to Austin, a tech hub and the capital of Texas.

The company didn't immediately respond to a request for comment Friday, but on Sept. 2, Musk tweeted that he believes “government should rarely impose its will upon the people, and, when doing so, should aspire to maximize their cumulative happiness. That said, I would prefer to stay out of politics.”

The anti-abortion group Texas Right to Life pointed out that companies making donations might not support everything for which candidates stand. “We hope that people in Texas and companies in Texas will not bow down to ‘cancel culture,’” spokeswoman Kimberlyn Schwartz said.

Abortion rights advocates say the companies it is calling out are backing politicians whose positions contradict the public messages the corporation use to lure consumers.

“You can’t on the one hand say ‘empower women’, and on the other hand, your political funds going to people who are actually literally disempowering women,” Richard said. “That kind of accountability is frankly it’s long overdue.”