The differences between the 25th Amendment and the impeachment process

Here's a look at what the two terms mean and what would what have to happen to bring either of those possibilities to life. 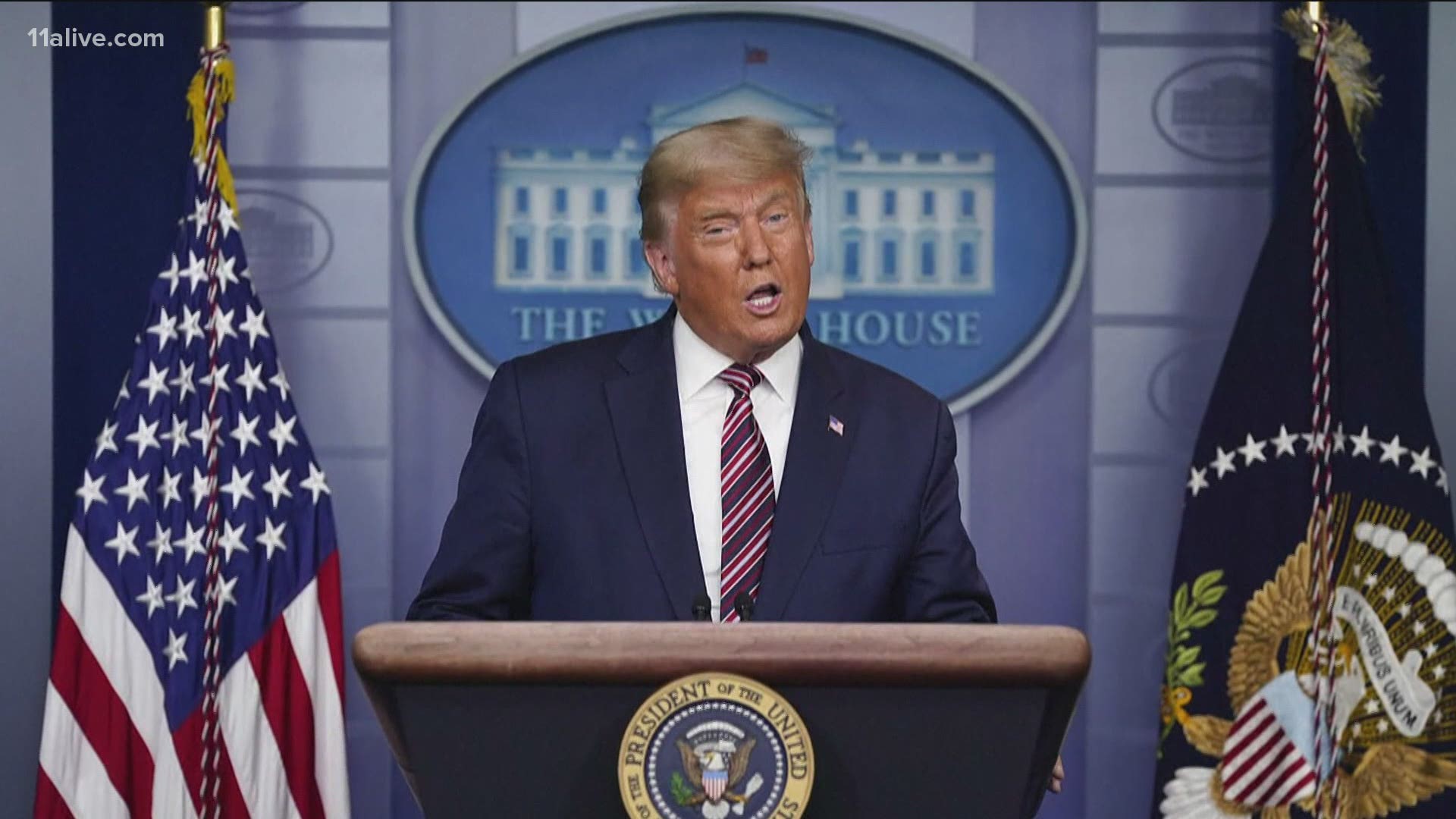 By now you’ve probably heard the words "25th Amendment" and "impeachment" being tossed around.

Both terms have been used following the riots that broke out at the U.S. Capitol on Wednesday. Congress members were forced to seek shelter until order was restored.

Many opposed to the president's recent actions have tossed around the two terms.

“I join the Senate Democratic leader on calling on the Vice President to remove this president by immediately invoking the 25th Amendment," Speaker of the House Nancy Pelosi said.

The 25th Amendment is a way to strip a sitting president of power.

“If the Vice President and cabinet do not act, the Congress may be prepared to move forward with impeachment," Pelosi said.

The impeachment process is another way to remove a sitting president. It’s been used against three presidents, including Trump.

Presidents Andrew Johnson and Bill Clinton have been impeached by the House. Following their impeachment, Johnson and Clinton avoided removal from office during their respective Senate trials.

For Trump, the support of at least two-thirds of the Senate was needed to convict and remove him from office last year.

Here’s the difference between impeachment and the 25th Amendment.

For impeachment, it’s a slower process. And while House Democrats have the power to start the process, it would need the support of Republicans. Eighteen Republican senators would have to vote to impeach Trump.

Republicans like Mitt Romney, who was the only Republican to vote to impeach Trump (this was for the abuse of power charge) in 2020, have already said time may be too short for that.

As for the 25th amendment, this action is immediate.

Vice President Mike Pence and a majority of the 15-member cabinet would declare the president unable to "discharge the powers and duties of his office."

Congress would then have 21 days to consider the matter. During a time which Trump would remain powerless.

And since he has less than two weeks in office, Congress wouldn’t have to do anything until his term expired.

But, some Republicans like Lindsey Graham, who condemned Trump on Wednesday, don’t support evoking the 25th amendment

“I don't believe that's appropriate at this point," he said. "I'm looking for a peaceful transfer of power.”

But the 25th Amendment remains as a legal fail-safe and one never used against a president.