Art Acevedo extended his condolences to Floyd's family. Floyd was a Houston native. 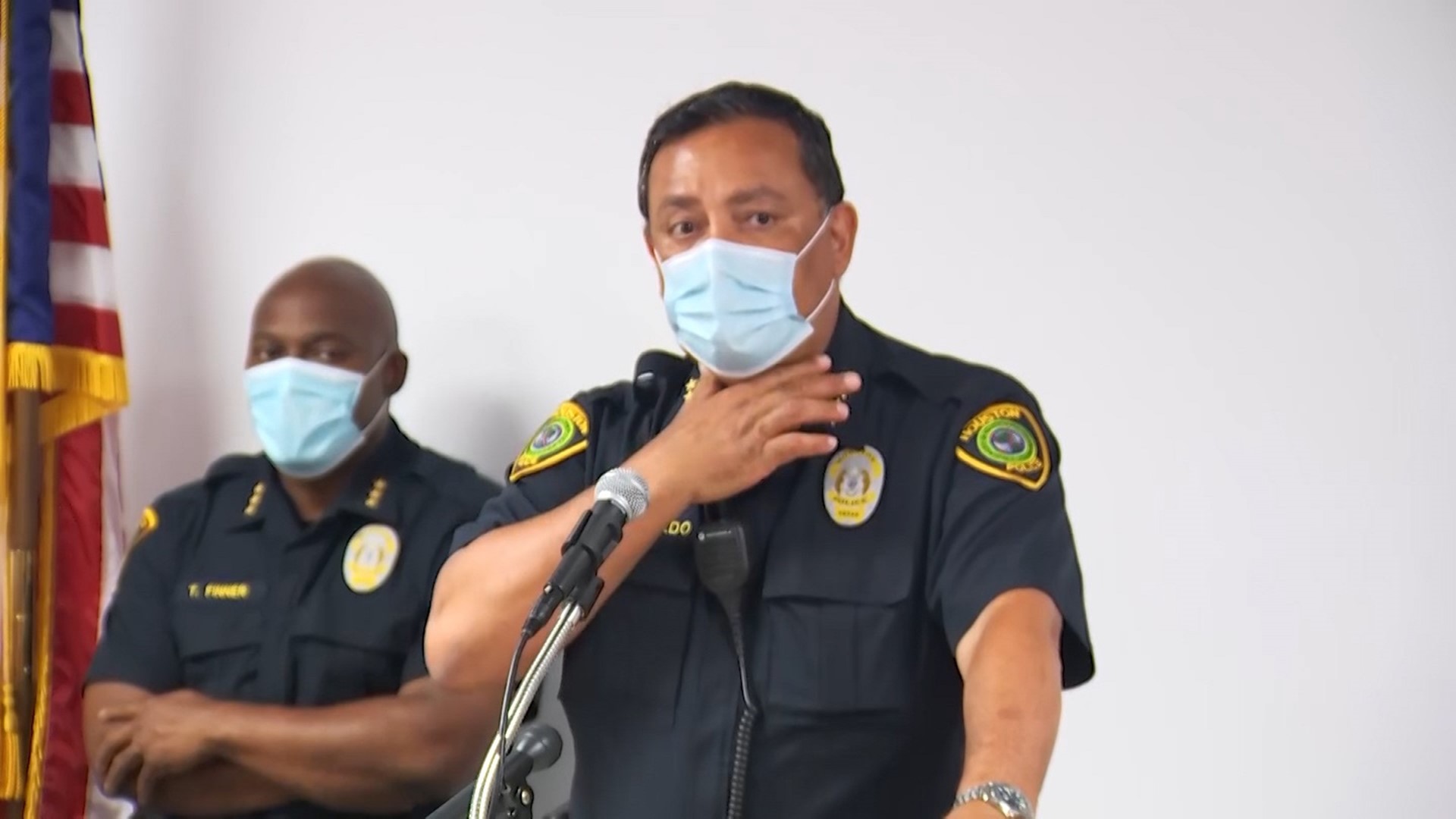 HOUSTON — Houston Police Chief Art Acevedo condemned the actions of the four Minneapolis police officers who were fired after kneeling on the neck of George Floyd, an African-American man who died moments after the encounter with police. Floyd was a Houston native and was working in Minneapolis.

Acevedo said he spoke with police academy trainers Wednesday and sent a message to his officers to remind and clearly state what his expectations are as a chief.

“Absent being in a fight for your life, the neck is off-limits," Acevedo said.

Acevedo, the president of the Major Cities Chiefs Association, said other chiefs in the organization also called the actions of the Minneapolis officers "unacceptable."

In a news conference Wednesday, Acevedo stressed the importance of officers building strong relationships with the communities they serve and acknowledged the botched Harding Street raid and six officer-involved shootings since April 21, 2020, as incidents that hurt that relationship-building.

“These incidents set us back, and we have to work that much harder to regain that trust," Acevedo said.

Acevedo also met via Zoom video call with members of the Houston NAACP on Wednesday.

"#GeorgeFloyd died on the ground under the knee of a Minneapolis police officer.  No police protocols recommend kneeling on a human being’s neck until he passes out. I trust a thorough and complete investigation will take place. Our law enforcement profession must do better, if we expect trust from those we swore to serve and protect."

Black Lives Matter of Houston plans to hold a rally and protest for Justice for George on Friday at 2 p.m. at Discovery Green.