They found the 'holy grail' of bees and it's terrifying

Some thought this giant bee was extinct, but it's back and here to haunt your dreams. 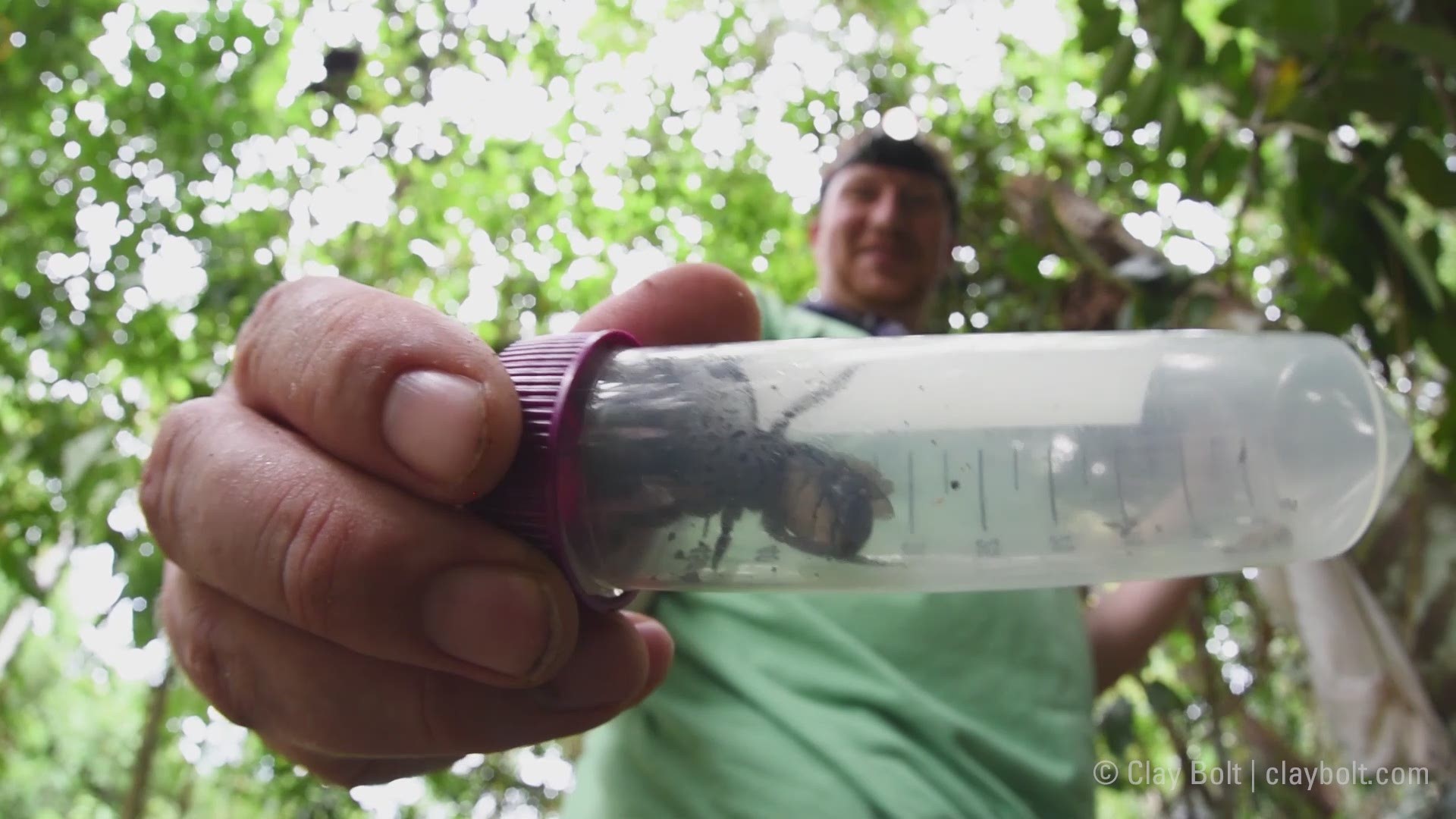 For the first time in 38 years, the world's largest bee has been rediscovered in the wild.

Wallace's giant bee, with an estimated wingspan of two and a half inches and giant jaws, easily dwarfs the common honey bee in size.

Despite its giant stature, the bee had been lost to science since 1981. Some feared it had gone extinct.

In January, a search team began a search to find Wallace's giant bee and rediscover what is considered the "holy grail" of bees, according to the Global Wildlife Conservation.

Clay Bolt, a natural history photographer specializing in bees, set out on the mission with his trip partner Eli Wyman, an entomologist at the American Museum of Natural History. Bolt's goal was to take the first-ever photos and videos of a live Wallace's giant bee.

The duo made the impressive discovery after trekking into the Indonesian islands known as the North Moluccas.

Bolt explained in a post about the expedition that Wallace's Giant Bee is known to nest in active, tree-dwelling termite mounds, so they knew that forests would be their primary target.

Credit: Clay Bolt
One of the first images of a living Wallace’s giant bee. Megachile pluto is the world’s largest bee, which is approximately 4x times larger than a European honey bee. (Composite).

Each day, Bolt, Eli, and several others in their group would stare at termite mounds for 20 minutes at a time, looking for the giant bee.

"Sometimes we were certain that large beetles must surely be the bee, other times, we would stare for ages at termite mounds only to move on disappointed with a growing sense that we’d never discover the creature of our obsession," Bolt explained.

It wasn't until the final day of a five-day stop in an area of interest that their team spotted just what they were looking for.

They found a single female Wallace's giant bee living in a termites' nest in a tree, about eight feet off the ground.

Credit: Clay Bolt
Entomologist and bee expert Eli Wyman with the first rediscovered individual of Wallace’s giant bee (Megachile pluto) in the Indonesian islands of the North Moluccas. Photo by

“It was absolutely breathtaking to see this ‘flying bulldog’ of an insect that we weren’t sure existed anymore, to have real proof right there in front of us in the wild,” Bolt said. “To actually see how beautiful and big the species is in life, to hear the sound of its giant wings thrumming as it flew past my head, was just incredible. My dream is to now use this rediscovery to elevate this bee to a symbol of conservation in this part of Indonesia, and a point of pride for the locals there.”

Bolt said their mission now is to work with Indonesian researchers and conservation groups to ensure protection for the species. He also hopes to one day return to North Moluccas to document the life cycle of Wallace's Giant Bee in more detail.

Credit: Clay Bolt
Natural history photographer Clay Bolt makes the first ever photos of a living Wallace’s giant bee at its nest, which is found in active termite in the North Moluccas, Indonesia.

"But no matter what, just knowing that this bee’s giant wings go thrumming through this ancient Indonesian forest helps me feel that, in a world of so much loss, hope and wonder still do exist," he said.