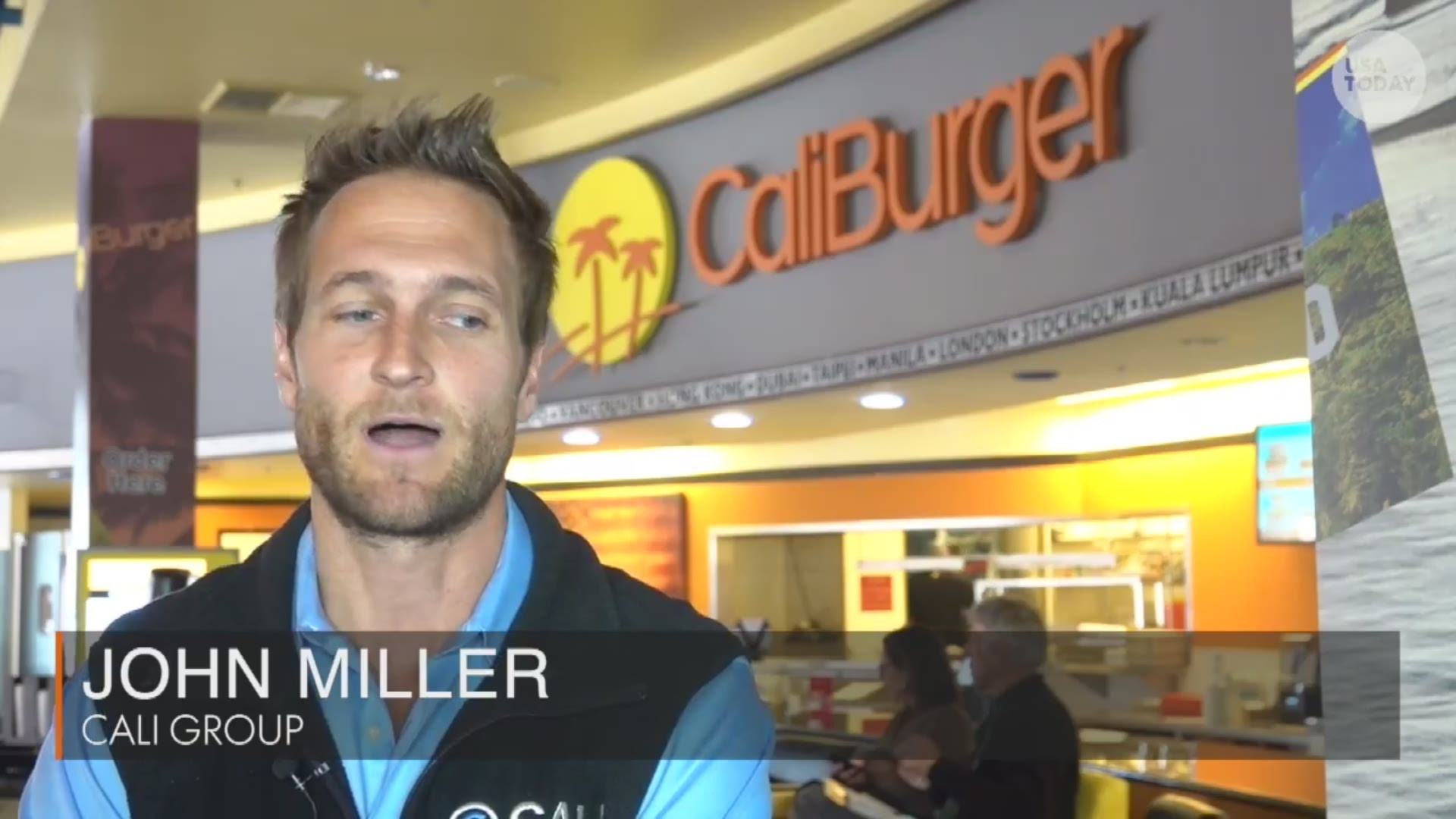 So the plan is to try something new: A robot that has been programmed to flip hamburgers all day long. Named Flippy, the $100,000 machine is capable of flipping as many as 2,000 burgers a day.

As of Monday, a human at Caliburger's restaurant here is making the burger patties, seasoning them and placing them in a tray for the robot. Flippy pulls them out, places them on the griddle, monitors their temperature, flips them and takes them off the griddle to cool. They then get placed by a human into buns for customers.

“People see a robot, they hear robot, they assume job replacement,” says David Zito, the CEO of Miso Robotics, which created Flippy with the Cali Group, the owner of the Pasadena-based Caliburger chain. “This isn’t about replacing jobs. This is about a third hand in the kitchen.”

Whether it's burgers, cars or farming, robots are becoming capable of doing jobs that were once staples of employment. In late 2017, a study by the Pew Research Center showed three-quarters of Americans said it is at least "somewhat realistic" that robots and computers will eventually perform most of the jobs currently done by people, and the survey found respondents worried about the fallout, such as income inequality.

Tests by restaurants using robots have been mostly viewed as a public relations stunt. In the San Francisco Bay Area, the Zume Pizza chain uses a pizza-making robot to cook the pies while Sally the robot, also in the San Francisco area, makes your salad.

Credit: Jefferson Graham/USA TODAY
Flippy is the name of the new robot at the Caliburger restaurant in Pasadena, California to flip burgers

If the robots do take off, they raise the prospect of sapping — or at least shaking up — one of the high-growth areas of U.S. employment. Between 2007 and 2017, restaurant jobs that focus on fast food rose 40% to 4.9 million, according to the Bureau of Labor Statistics. That's faster than health care, construction or manufacturing.

Fast-food workers have been pushing for higher wages — and some big chains, facing high turnover and voter mandates, have complied.

But not all. Many workers are still fighting to get $15-an-hour wages.

"People who work in fast food aren’t scared of robots – what’s really scary is getting paid so little we need food stamps and public assistance to take care of our families," says Rosalyn King, a McDonald’s worker from Detroit who is active in the union-backed Fight for $15 movement.

For the Caliburger chain, which advertises $3.99 "Southern California style" hamburgers, keeping employees in the kitchen is the most difficult aspect.

“We train them, they work on the grill, they realize it’s not fun ... and so they leave and drive Ubers,” says John Miller, the CEO of the Cali Group.

Miller hopes the robot can turn that around. From Pasadena, he’s looking to bring Flippy to his restaurants in Seattle, Washington, D.C., Baltimore and Annapolis this year. He has 50 stores in his chain and says he will eventually get the robot to all of them.

Some 54% of all tasks associated with fast-food restaurants are poised to be automated, says McKinsey Global Institute.

At a test run recently of Flippy for the news media, the robot flipped with ease. But when it took the burgers off the griddle to cool on the tray, several didn’t make it all the way and fell off the tray. Zito says those were learning pains that would be fixed.

The robots gets direction from thermal imaging and camera vision to get direction on when to flip the burger and eventually remove it.

Flippy will most certainly take jobs away, says Julie Carpenter, a research fellow with the Ethics and Emerging Sciences Group at California Polytechnic State University at San Luis Obispo, Calif. But she doesn't see fast food going 100% robotic. Restaurants will still need cashiers, people to open and close up, and for other tasks.

As for reception from the public, "people might think it's cool, or angry that machines are taking over," she predicts.

Christian Warren, who owns the Melody Bar & Grill in Westchester, Calif., is skeptical his clientele would go for a robot burger flipper. "Many of my customers have specific needs ... they want a burger well done or medium," he says.

For now, Flippy can make burgers only one way, but that will be adapted in the future to cook menu items to order, its maker says.

Meanwhile, how does a robot burger taste? This reporter tried one of the robot cheeseburgers, and it tasted just like a human-made one. It was well-cooked, and it's doubtful anyone would really be able to tell the difference.

The only beef: The burger was a little salty, but you can't exactly complain to the chef, now can you?