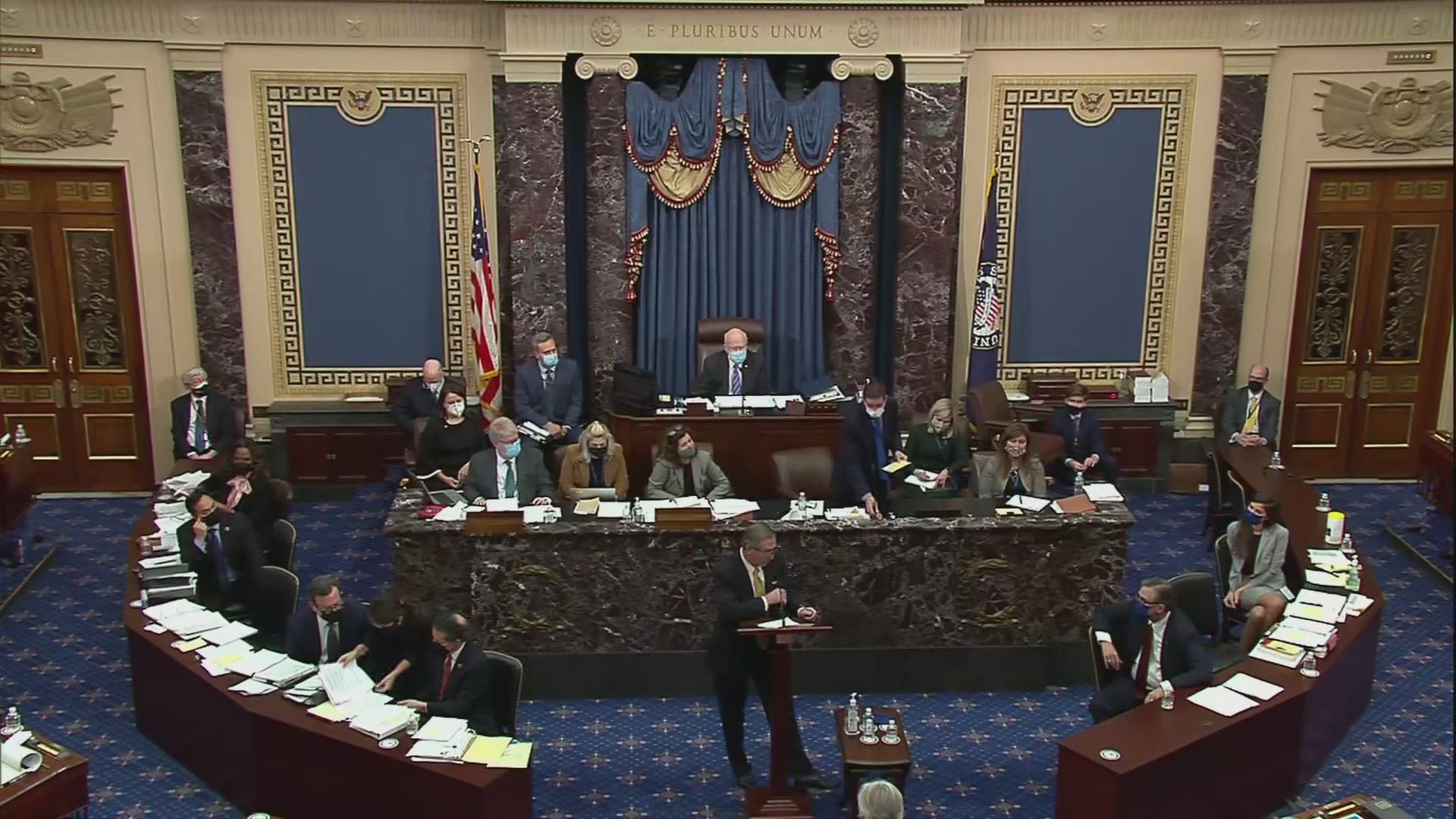 Republican Sen. Tommy Tuberville of Alabama is standing by his account that he told then-President Donald Trump that Vice President Mike Pence was being evacuated from the Senate during the Capitol riot.

The conversation is of interest to Democrats because Trump sent a tweet at 2:24 p.m. on Jan. 6 saying that Pence didn’t have “the courage” to challenge the election results. If Tuberville’s account is correct, then Trump would likely have known before sending the tweet that Pence had been evacuated and was in danger. At the time, the insurrectionists had already broken into the Capitol, some of them calling for Pence’s death.

Tuberville recounted the phone conversation to reporters on Friday, saying, “I said, ‘Mr. President, they’ve taken the vice president out. They want me to get off the phone, I gotta go.”

Louisiana Sen. Bill Cassidy, a Republican who has indicated he is open to convicting Trump, asked Trump’s lawyers and the House impeachment managers about the call during Friday’s question-and-answer session. In response, Trump lawyer Michael van der Veen called Tuberville’s account “hearsay,” comparing it to something someone had “heard the night before at a bar somewhere.

The case is speeding toward a vote and likely acquittal, perhaps as soon as Saturday, with the Senate evenly divided between Democrats and Republicans and a two-thirds majority required for conviction.

RELATED: Sen. Mike Lee objects at impeachment trial to prosecution references to him