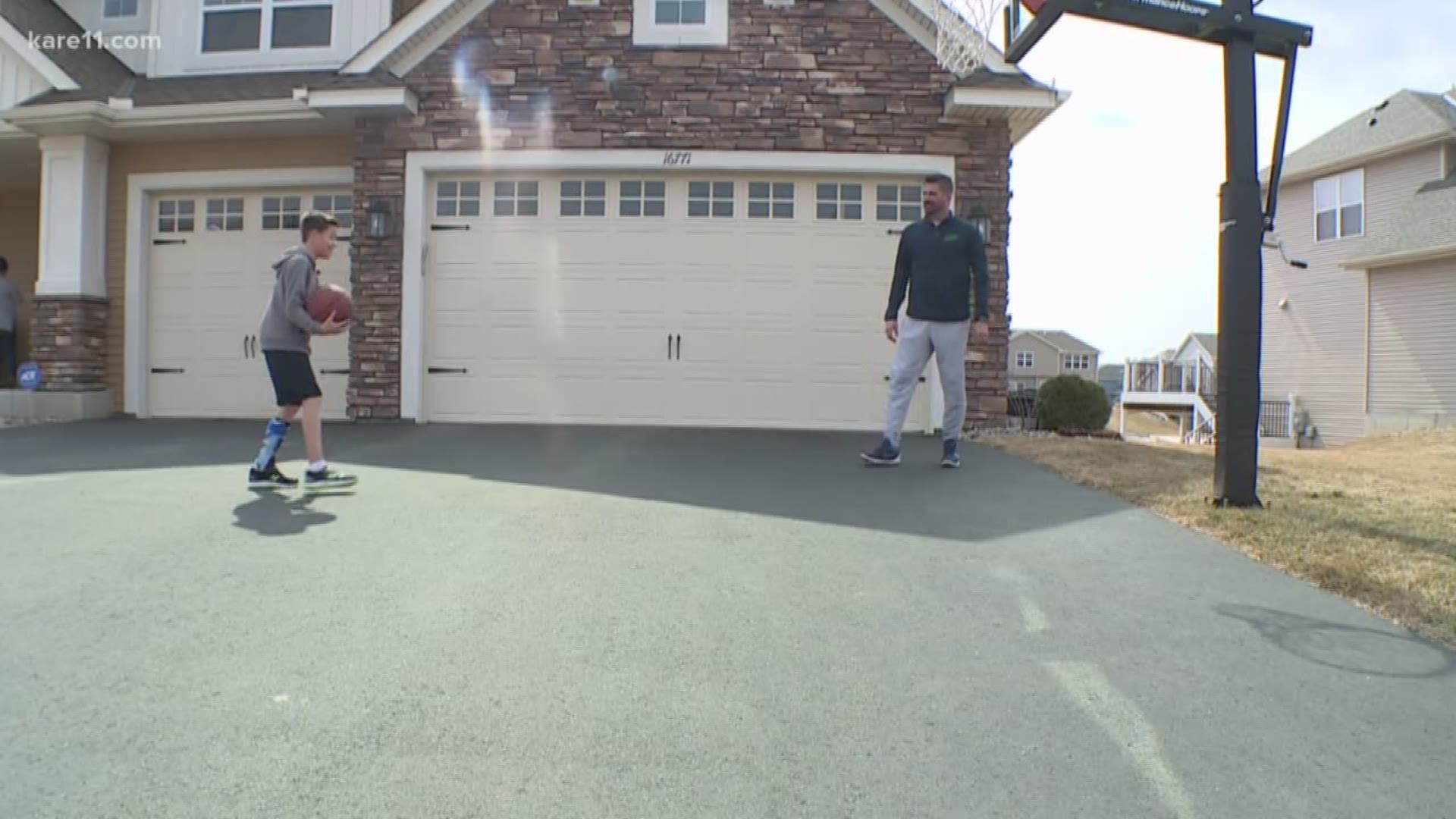 President Donald Trump announced Thursday that he was backing off a budget request to eliminate funding for the Special Olympics, reversing course after his administration weathered days of criticism for the proposed cut.

Speaking to reporters as he left the White House for a rally in Michigan, Trump said he had authorized funding for the event. "I heard about it this morning. I have overridden my people. We're funding the Special Olympics."

Trump's announcement came after Education Secretary Betsy DeVos spent days defending the proposal, which drew widespread criticism from lawmakers, as well as advocates and celebrities. Even before the president stepped in, legislators said the cut was unlikely to be approved.

The president added: "I've been to the Special Olympics. I think it's incredible."

His comments came hours after Senate Democrats grilled DeVos during a budget hearing on the proposal. She was also pressed by House Democrats days earlier, sparking a wave of criticism online.

In a heated exchange with Sen. Dick Durbin, D-Ill., DeVos said she "wasn't personally involved" in pushing for elimination of the funding, but she defended it as her agency seeks to cut $7 billion for the 2020 budget.

"Let's not use disabled children in a twisted way for your political narrative," DeVos told Durbin. "That is just disgusting and it's shameful and I think we should move on from that."

Durbin countered that it would be shameful to pull support for the Special Olympics, saying "someone has to accept responsibility for a bad decision."

The Trump administration's education budget proposal calls for the elimination of $17.6 million in funding for the Special Olympics, amounting to roughly 10 percent of the group's overall revenue. Most of its funding comes from individual and corporate contributions and other fundraising efforts.

DeVos said her department had to make "tough choices" on the budget and insisted the Special Olympics should be supported through private donations.

Sen. Patty Murray, D-Wash., joined in on the criticism, telling DeVos that "this is not about tough choices, this is about you prioritizing your agenda over students with special needs."

The proposed cut generated a storm of criticism from advocates and celebrities this week, with many rallying to support the organization.

Trump officials previously called for the elimination of Special Olympics funding in their budget proposal for 2019, but Congress rejected the idea. Lawmakers from both parties said they would reject it again for 2020.

Sen. Roy Blunt, R-Mo., said Wednesday that he also supports the group and would not cut it from the budget.

DeVos faced questioning on a range of topics Thursday, including her proposed rewrite of rules around campus sexual assault and her handling of for-profit colleges.

Murray said the Education Department has been too slow to process more than 100,000 applications for loan forgiveness from students who say they were cheated by for-profit colleges. DeVos previously delayed an Obama-era rule allowing such forgiveness, but a federal judge said the delay was unlawful.

Asked on Thursday how many applications had been approved since the judge's order was issued, DeVos she didn't know but that officials are "reviewing them regularly."

Others criticized DeVos' department for being unresponsive to congressional requests for information. Blunt, chairman of the Senate subcommittee over the education budget, said he shared that concern.

"There are two or three departments we're just not getting responses back from as quickly as we should," Blunt told DeVos. "We're your funding source and have an oversight responsibility in addition to that."