The motion extends Brexit to June 30 if Parliament approve a divorce deal by next week. 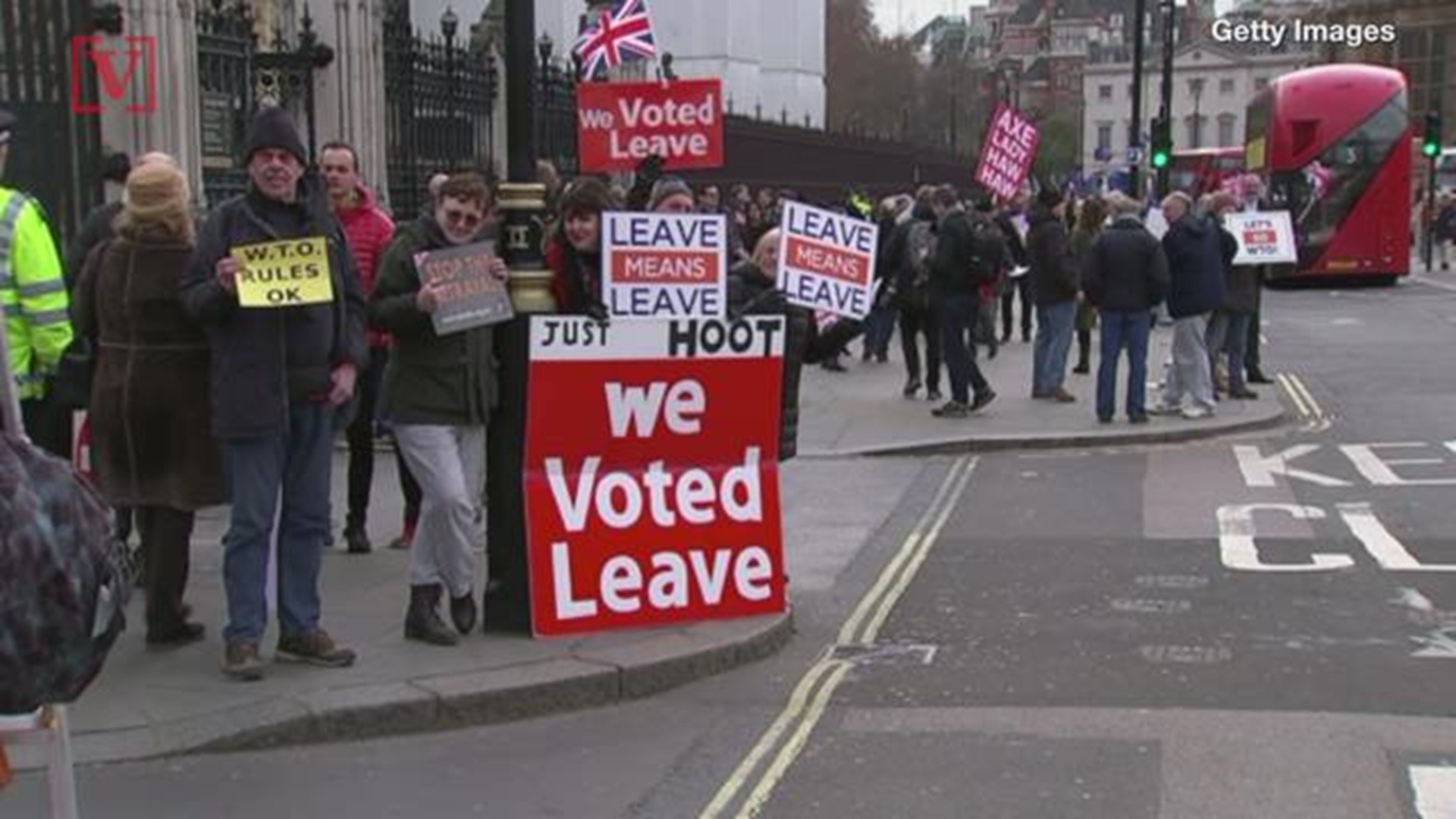 LONDON, UK — British lawmakers have voted to delay Brexit, just 15 days before the country is scheduled to leave the European Union.

The House of Commons voted by 412-202 in favor of seeking to postpone the U.K.'s departure for at least three months beyond the scheduled March 29 departure from the EU.

British lawmakers have already rejected May's EU divorce deal twice and if it fails a third time, the government says the U.K. is looking at a much longer delay to Brexit.

Any extension to Brexit has to be approved by all 27 remaining EU countries.