The card game, which also removes red and blue cards, wants to help you make sure Thanksgiving with the family stays civil. 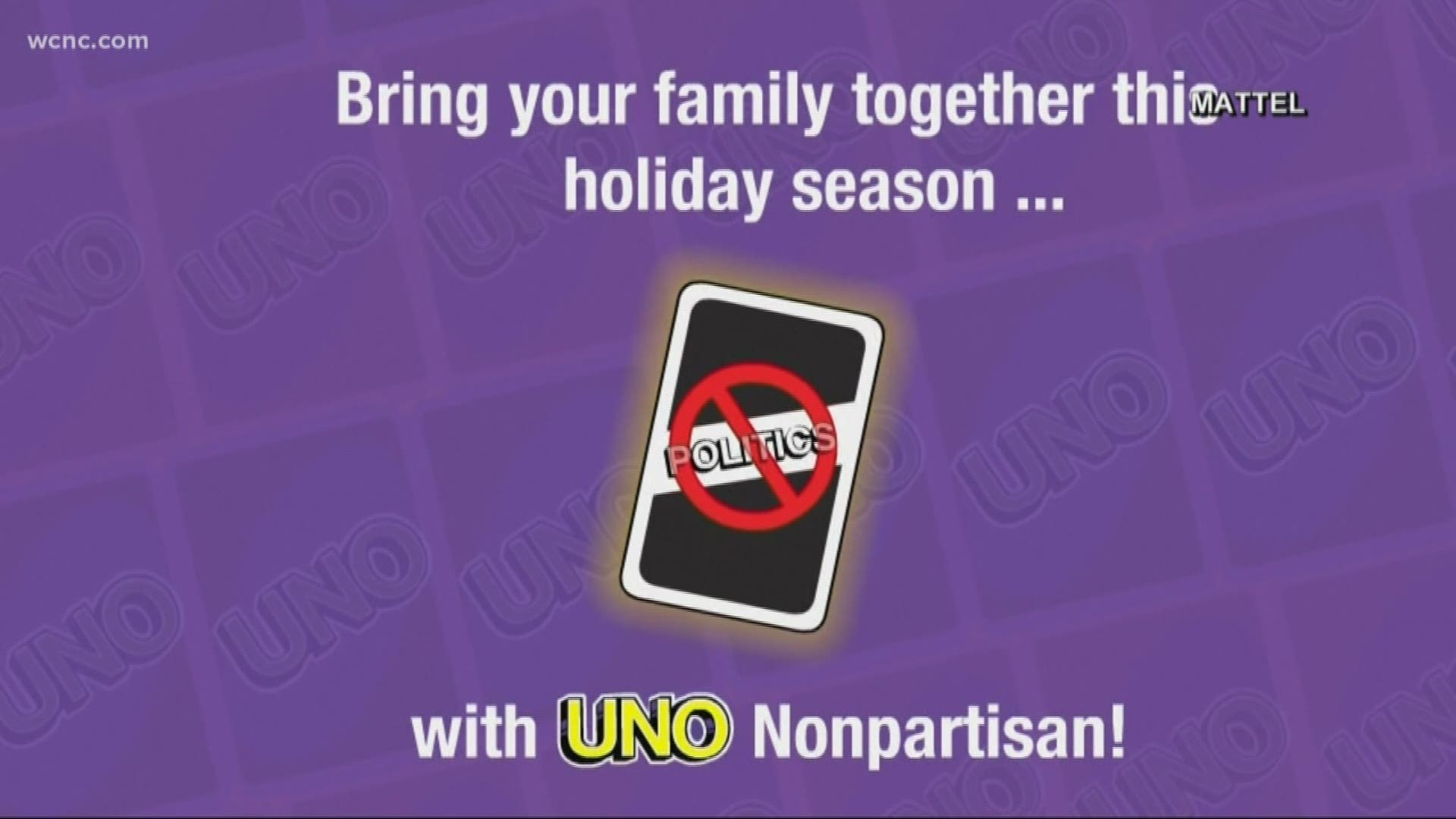 The makers of the card game UNO want to make sure your post-Thanksgiving dinner fun with family doesn't break down into political squabbles. Mattel has made a new version of the game called "UNO Nonpartisan."

How do you take politics out? For one, you get rid of the red and blue cards. They have been replaced with purple and orange.

But the kicker is a new VETO card. It's simply a black and white card with the word "Politics" covered by the international symbol for "No." It lets you skip anyone who is talking politics during the game.

RELATED: Have you been playing Uno wrong? Probably

RELATED: The do's and don'ts of Thanksgiving dinner conversation

Other than that, it's just like the normal UNO you know and love, including customizable cards in case you want to add some more rules for people who can't stop talking about the state of our politics.

A 2017 NPR/PBS NewsHour/Marist poll found that 58% of Americans dread talking about politics at Thanksgiving. That was before the Mueller Report, the impeachment investigation, the crisis at the border, Brett Kavanaugh's confirmation to the Supreme Court, and many other things that have divided Americans along political lines.

Just like with Monopoly, Mattel has multiple versions of UNO, including a braille version for the blind and a colorblind version. They also have theme packs based on popular cartoons and movies such as "Avengers," "Super Mario" and "Finding Dory." And there's a pack dedicated to raising money for the Susan G. Komen Foundation for breast cancer research. The colors in that pack are all pastels.