Vanessa Bryant wrote that she wished Kobe and their daughter Gianna could have been here to witness the Los Angeles Lakers winning the NBA championship. 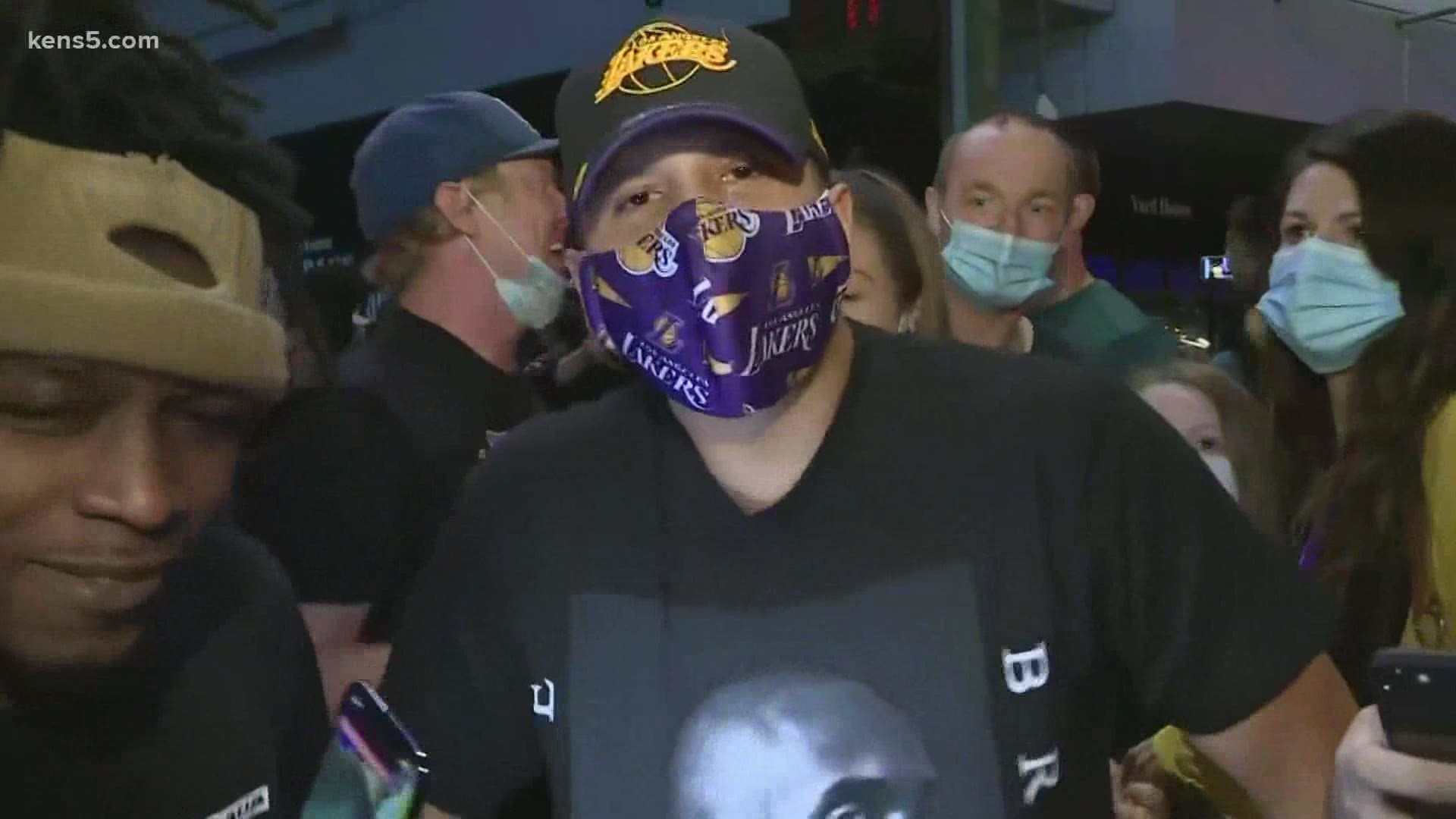 After the Los Angeles Lakers won their 17th NBA championship on Sunday night, Vanessa Bryant congratulated the team with an emotional message posted on social media.

In her post, the widow of the late Kobe Bryant, wrote that she wished Kobe and their daughter Gianna could have been here to witness it.

Kobe, along with their 13-year-old daughter Gianna "Gigi" Bryant and seven others, died in a January helicopter crash in Calabasas, California.

Vanessa Bryant directed a message in her Instagram story to Kobe's former agent and best friend, Rob Pelinka, in which she wrote, "Kobe was right, RP! 'Stay the course blockout the noise.'

She posted a photo of Kobe and Rob together writing, "Wish Kobe and Gigi were here to see this."

Vanessa Bryant sends a message to Rob Pelinka and the #Lakers. pic.twitter.com/07ZXQk7wan

Pelinka became the Lakers general manager and vice president of basketball operations in early January. After Sunday's game, he got choked up when he talked about his longtime friend.

In Game 6 of the NBA Finals on Sunday, the Lakers beat the Miami Heat 106-93. Sunday was also National Father-Daughter Day, which added to the emotional moment for the team and the Bryant family. During Vanessa Bryant's eulogy, she often reminisced about her husband and daughter's bond, and their love for basketball.

As USA Today reported, both LeBron James, the finals MVP, and teammate Anthony Davis credited Kobe's legacy and spirit as being a major factor in the Laker's 2020 NBA title win.

RELATED: LeBron James shares 'how it started, how it's going' meme after 4th NBA title