The vice president's plane landed safely back at Joint Base Andrews about 25 minutes after takeoff Sunday afternoon. 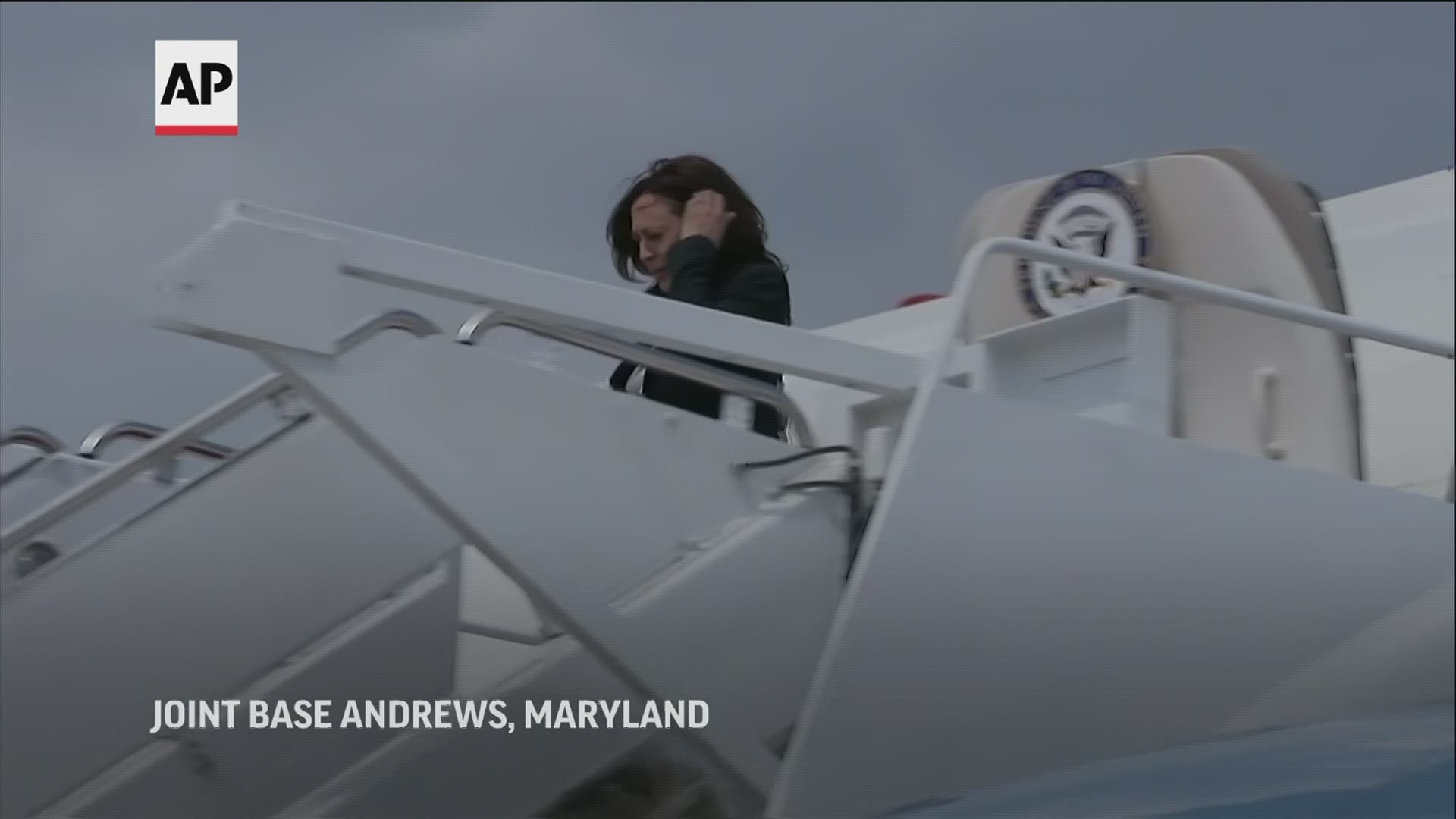 JOINT BASE ANDREWS, Md. — A technical problem that involved “no immediate safety issue" forced Vice President Kamala Harris' plane to return to Joint Base Andrews in Maryland about 30 minutes after she had left Sunday on a trip to Guatemala and Mexico.

Air Force Two landed safely and she gave a thumbs-up when she got off.

The vice president departed in another plane about an hour and a half later.

Her spokesperson, Symone Sanders, told reporters traveling with Harris that shortly after takeoff the crew of the original aircraft noticed that the landing gear was not storing as it should, which could have led to further mechanical issues.

“While there as no immediate safety issue, out of an abundance of caution they returned to JBA where they have all the parts and mechanics they need to fix the issue,” she said.