Yang’s fundraising indicated he will have resources to mount a credible run in early voting states. 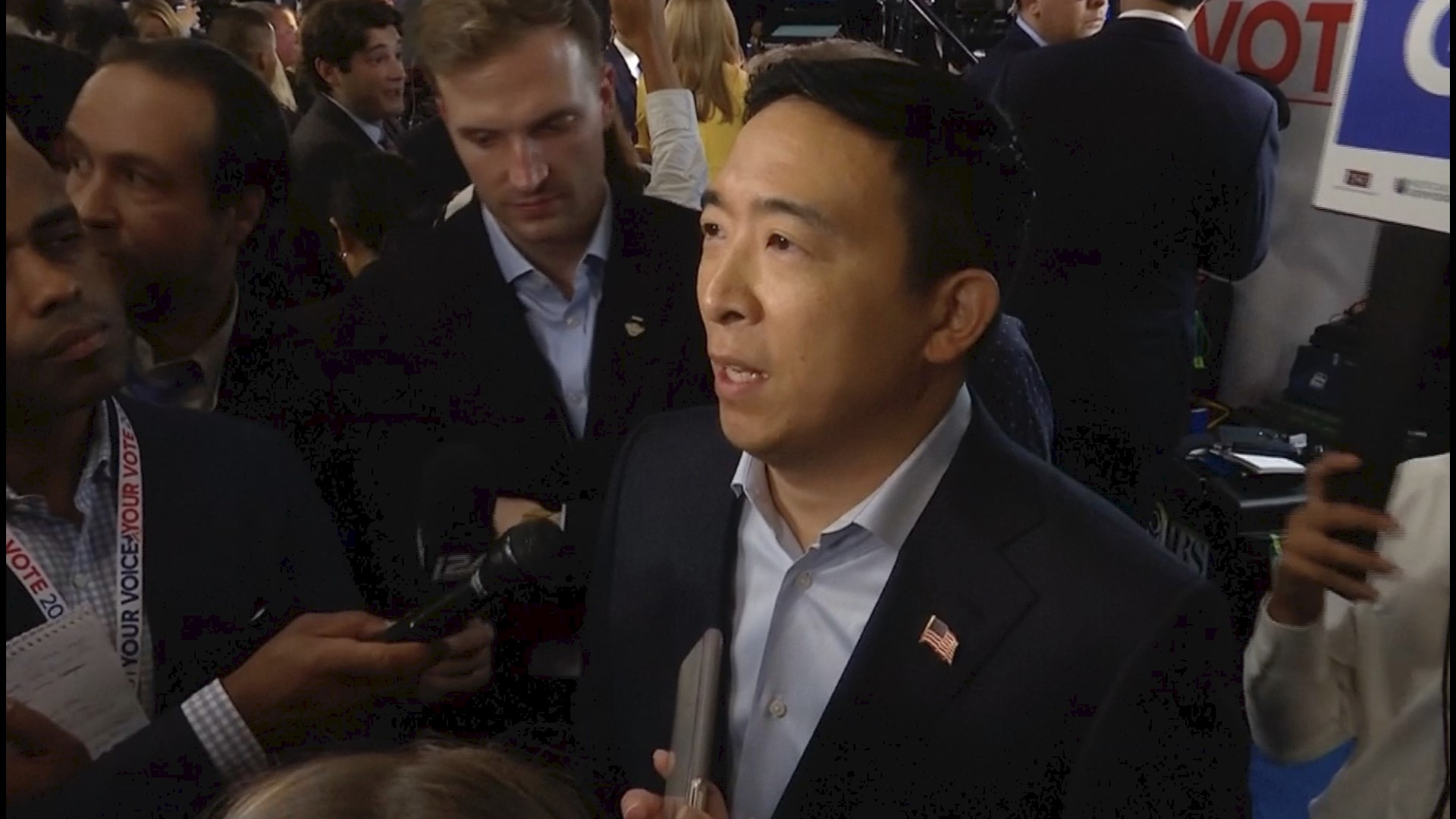 WASHINGTON — Technology entrepreneur Andrew Yang raised $10 million for his presidential campaign over the past three months, a stunning amount for a political newcomer that bested some established Democratic politicians in the primary.

The total is more than triple the $2.8 million he took in from April through June and is evidence of the small yet fervent base of support his unorthodox campaign has drawn.

Last month, he crowd surfed across a packed room at an event in California. His centerpiece policy initiative is a “universal basic income” in which the government would pay all households $1,000 a month. And as a self-described “Asian man who loves math,” he says he would be the best general election foil to President Donald Trump.

“If we went from $2.8 million to $10 million in the 3rd quarter what will we do in the 4th quarter?” Yang tweeted Wednesday. “That is the fun of this campaign _ the sky is the limit.”

Yang’s haul was better than that of Colorado Sen. Michael Bennet, who raised $2.1 million, and New Jersey Sen. Cory Booker, who took in $6 million after issuing an urgent plea last month to supporters, warning that he would likely drop out if he did not raise an additional $1.7 million. He’s also likely to best several of the other lower tier contenders who have yet to release their numbers.

Yet he consistently polls in the low single digits, and there is no evidence yet that he is poised to break through. In a late September poll released by Monmouth University on Wednesday, 2% of Democratic registered voters said they support Yang for the Democratic nomination.

RELATED: US targets Russia in first step against meddling in midterms

Still, his amount is in line with the $11.6 million California Sen. Kamala Harris raised after keeping up an aggressive fundraising schedule over the summer. He was well behind Vermont Sen. Bernie Sanders, who took in $25.3 million, and South Bend, Indiana, Mayor Pete Buttigieg, who raised $19.1 million.

Yang’s fundraising indicated he will have resources to mount a credible run in early voting states. It comes amid heightened Democratic anxiety that a protracted primary could hurt the party’s chances of quickly picking a nominee and rallying the cash needed to fight Trump.

Trump and the Republican National Committee have a huge cash advantage. On Tuesday they announced that they collectively raised $125 million for his reelection.