Judge: Brothers accused of chasing Ofc. Goodman in Capitol riots will be released from jail before trial 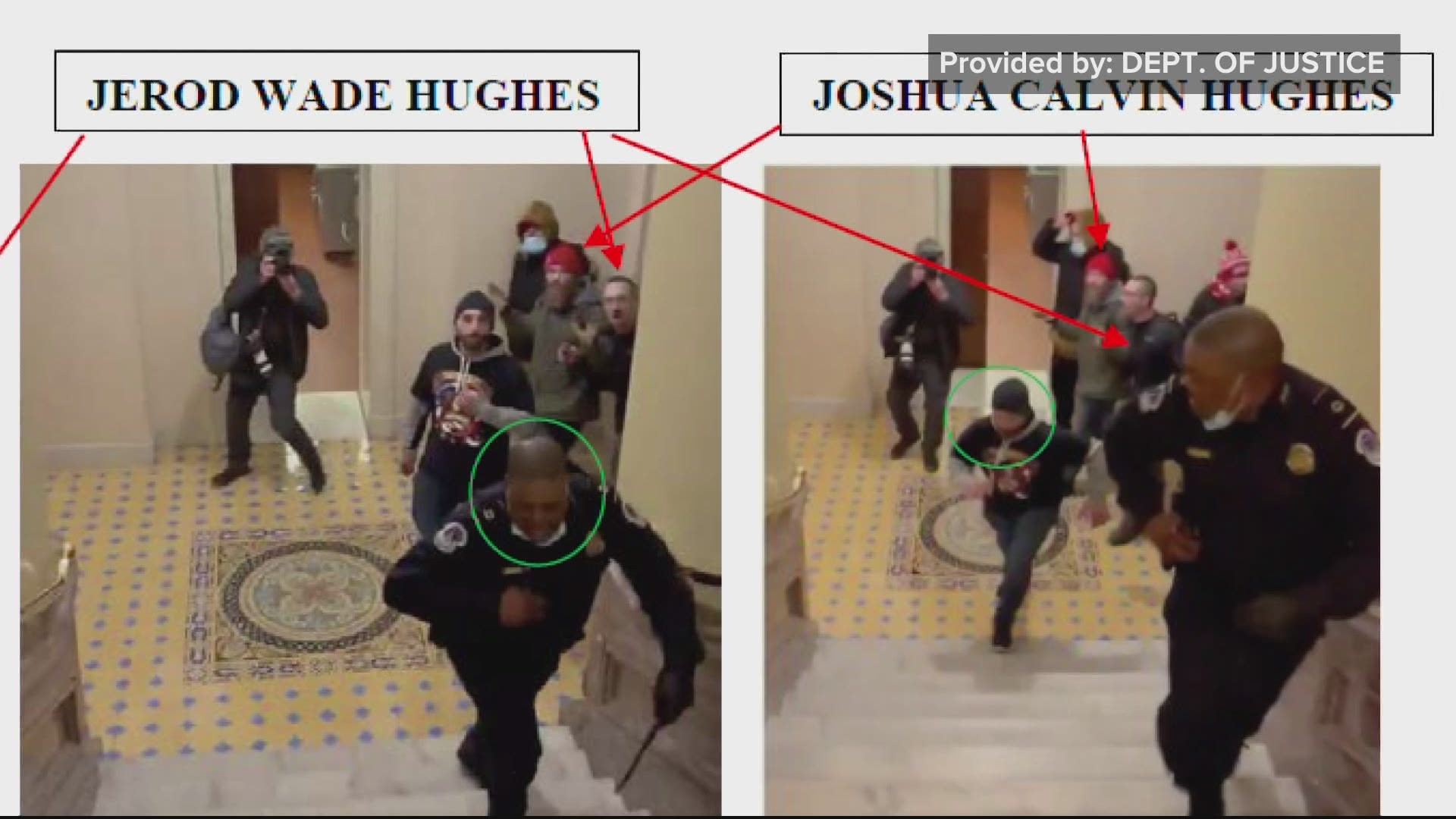 WASHINGTON — Two brothers accused of being part of an angry mob that chased U.S. Capitol Police Officer Eugene Goodman through the Capitol on Jan. 6 were ordered to be released from jail before trial by a judge on Wednesday.

Jerod and Joshua Hughes are allegedly pointed out in court documents standing behind a third man, Douglas Austin Jensen. Court documents allege Jensen was seen in a video running up the stairs and facing off with Ofc. Goodman.

Jensen has been ordered held without bond before trial, but U.S. District Court Judge Timothy Kelly ruled the Hughes brothers did not meet the standard of being a danger to the community if released.

Kelly noted the Hughes brothers did not appear to engage Officer Goodman directly, according to video footage, and were not seen on camera carrying any weapons or engaging in violence.

Prosecutors allege the Hughes brothers were at the “tip of the spear” helping the violent mob force entry into the Capitol.

NEW🚨Montana brothers accused of being part of crowd that chased @CapitolPolice Officer Eugene Goodman during #CapitolRiots ordered released before trial. Judge ruled Jerod and Joshua Hughes were not the aggressors, and were standing behind a third man, Douglas Austin Jensen. pic.twitter.com/naesoIFILD

Though prosecutors did not oppose the pre-trial release of Joshua Hughes, they did fight to keep Jerod Hughes behind bars, arguing Jerod is accused of kicking open a door inside the Capitol and has two felony drug convictions on his record.

But Judge Kelly said those convictions were 15 years old and neither the destruction of property, nor interactions with Goodman, warranted either of the Hughes brothers remaining in jail.

Joshua and Jerod Hughes will be allowed to return to Montana on home detention, but will only be allowed to leave the house for work; they'll remain under 24-hour GPS monitoring.

The Hughes brothers are charged with nine criminal counts, some of them felonies, between the two of them.