FBI Director Christopher Wray says there's no question violent white supremacy is behind most of domestic terror attacks in the U.S. 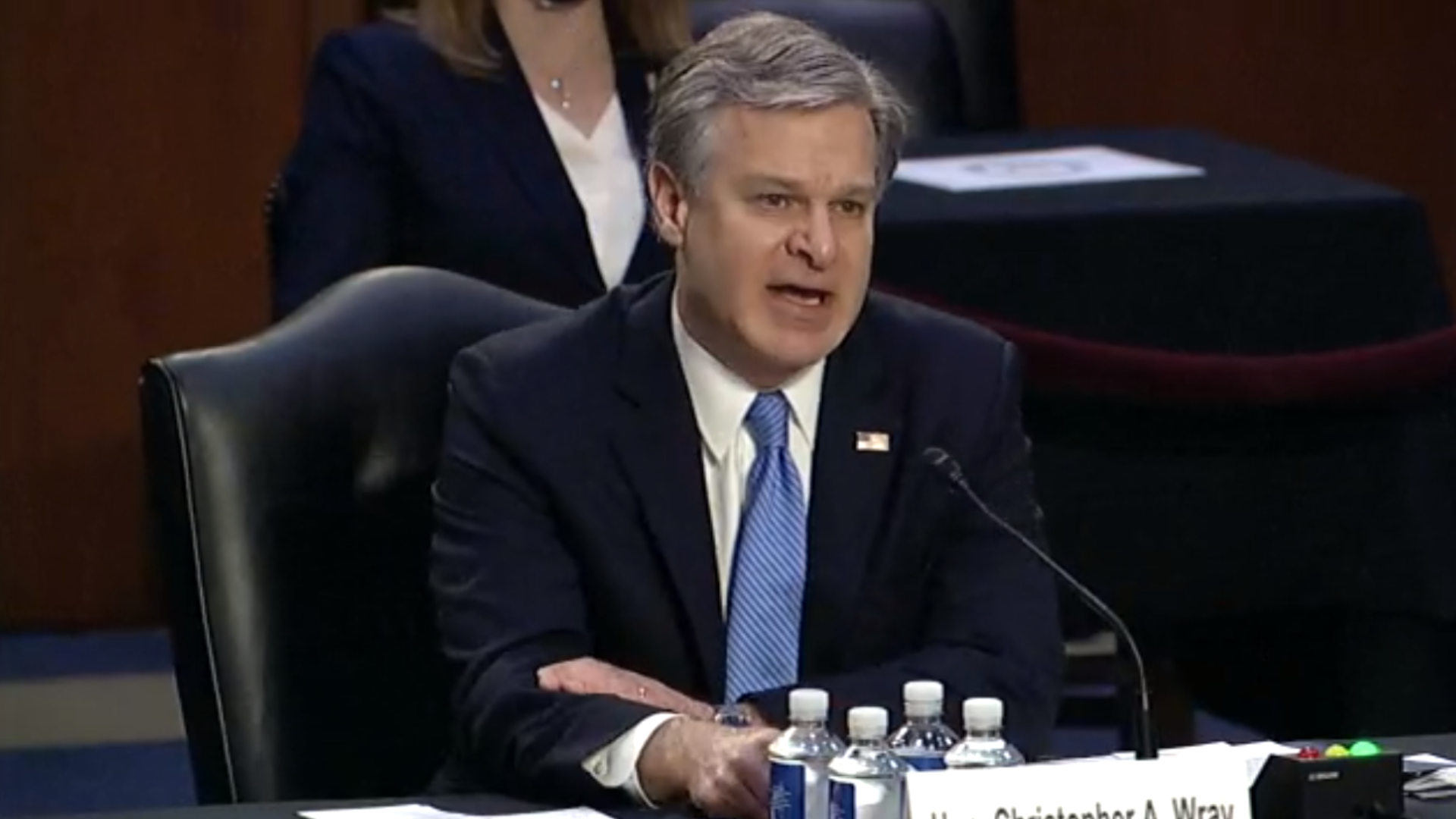 WASHINGTON — The links between white supremacist and violent militia groups and the Capitol riot are growing by the day, according to testimony from FBI Director Christopher Wray on Tuesday.

Wray appeared before the Senate Judiciary Committee on Tuesday for a hearing on domestic extremism and the insurrection at the U.S. Capitol on January 6. It was his first time testifying before Congress since the Capitol riot.

Committee Chair Sen. Dick Durbin (D-IL) set the tone of the hearing in opening remarks drawing a line between the hate on display at the Capitol and “America’s first domestic terror organization,” the Ku Klux Klan.

“The insurrectionists on January 6 did not wear white hoods. They might as well have,” Durbin said. “They are the latest incarnation of violent white supremacist movements that have terrorized fellow Americans on the basis of their race, religion and national origin for more than 150 years.”

Durbin said violent white supremacy is the “most persistent and lethal threat in the homeland,” and Wray did nothing to show he disagreed with that assessment.

“The problem of domestic terrorism has been metastasizing across the country for a long time now, and it’s not going away any time soon,” Wray said. “We viewed it as such a critical threat that back in June 2019 we elevated racially and ethnically motivated violent extremism to our highest threat priority, on the same level as ISIS and homegrown violent extremists.”

Throwing cold water on some Republicans’ efforts to cast doubt on the role of pro-Trump protestors in the Capitol riot – Republicans like Sen. Ron Johnson, who has repeatedly spread misinformation and debunked conspiracy theories about the Capitol riot during hearings over the past week – Wray said it was clear the motivation for the January 6 insurrection was right-wing extremism.

“We have not, to date, seen any evidence of anarchist violent extremist or antifa in connection with the 6th,” Wray said.

Despite knowing where, at least ideologically, violent domestic threats were originating, Wray said separating bluster from actionable intelligence remains a challenge because of how nebulous extremist ideology can be.

“One of the things we struggle with in particular is that more and more, the ideologies, if you will, that are motivating these violent extremists are less and less coherent, less and less linear, less and less easy to pin down,” Wray said. “In some cases it seems like people coming up with their own customized belief system – a little bit of this, a little bit of that – and they put it together, maybe combined with some personal grievance that’s happened to them in their lives, and that drives them. And so putting your arms around that is a real challenge.”

.@SenBlumenthal: "I am, frankly, disappointed that you’re not discouraging one of the sources of incitement, which is prominent public officials endorsing a theory which in turn resulted in storming the United States Capitol.” #CapitolRiot @wusa9 pic.twitter.com/ZB4TtBm0ZD

In one piece of new information, Wray said in the days leading up the January 6, FBI agents were tracking and even visiting individuals who had previously spawned investigations and who seemed to be planning to travel to D.C. In some situations, Wray said, agents were able to dissuade those people from going to the Capitol.

Wray also provided more context about a much-talked-about FBI report on January 5 warning about social media posts with more specific threats of violence. Despite testimony by former Capitol Police Chief Steven Sund and acting DC Police Chief Robert Contee last week that the report was simply emailed to their departments and left at that, Wray say it was passed along expediently and repeatedly.

“That raw, unverified information was passed within, I think 40 minutes to an hour, to our partners, including Capitol Police, including Metro PD, in not one, not two, but three different ways: one email, one verbal, and one through the law enforcement portal,” Wray said.

Acting Capitol Police Chief Yogananda Pittman will also be back before Congress on Wednesday to discuss the Capitol Police's fiscal year 2022 budget and her requests for additional security-related funding.

We're tracking all of the arrests, charges and investigations into the January 6 assault on the Capitol. Sign up for our Capitol Breach Newsletter here so that you never miss an update.