The dog joins the department after what has been an emotional year that's included the deaths of three Capitol Police officers. 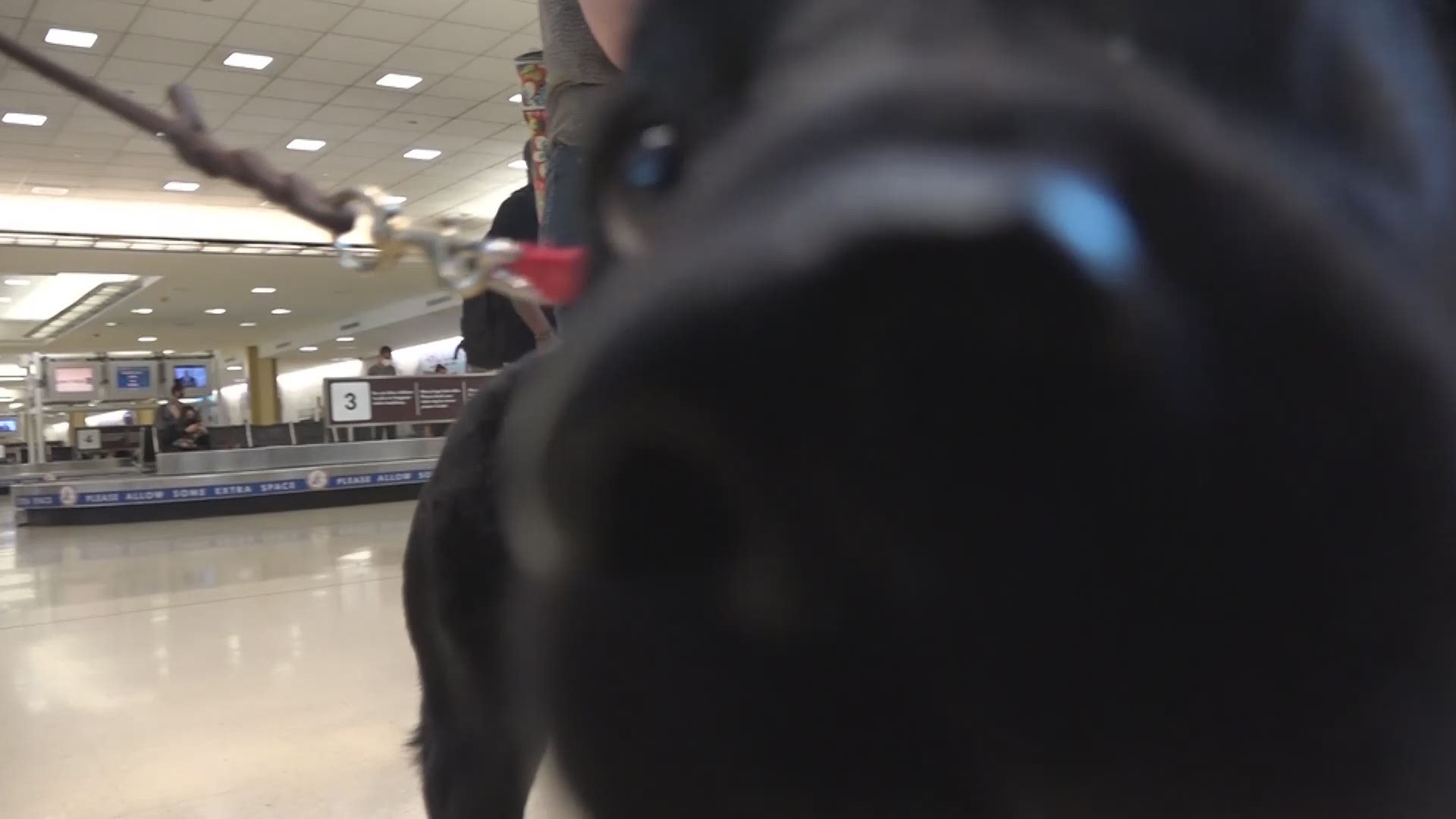 WASHINGTON — The newest member of the U.S. Capitol Police force is Lila, a 2-year-old black Labrador retriever who couldn’t quite make the cut as a guide dog for the visually impaired. Lila isn’t around to confront suspects, she’s meant to help out troubled and stressed officers.

"Poor Lila is a little bit of a sensitive soul, so asking her to do that guide work, even though she could, you can definitely see, that it was a difficult task for her," said Guide Dogs of the Desert training director Michal Anna Padilla.

Brian Sicknick died of a stroke the day after confronting rioters at the US Capitol.

Howard Liebengood died from suicide days after confronting rioters at the US Capitol.

William Evans died after a driver pinned him with their vehicle while ramming a barricade on April 4, according to Capitol Police.

Credit: Haleigh Purvis
US Capitol Police car parked outside the US Senate

Lila arrived from Palm Springs, California on July Fourth, getting pet by passengers who heard the announcement of her new assignment. With the training help of her teenage son, Retired California Sheriff’s Captain Coby Webb runs a program retraining dogs. She says Capitol Police was top of mind.

"This is the first time in history the things that they are going through and how the loss and the impact. I can’t even imagine all of their stressors," said Smith. [My dog] was the best partner, because I can tell the dog anything, and the dog wouldn’t tell anybody, and the dog would get me through the day with just a kiss or a nudge."

The program hopes other DC-area police forces take in support dogs that can also be used to help victims reporting crimes.

Lila played the role of tourist Monday getting walked around the Capitol grounds. Her “office” will be at the Capitol Police headquarters a block away.

Police department employees interesting in securing a support canine at no cost can contact coordinator Luis Bolanos at 760-799-1937 or at Getbitinv@gmail.com.