Vivian got the chance to meet some of her real life inspirations, who say they're actually more inspired by her! 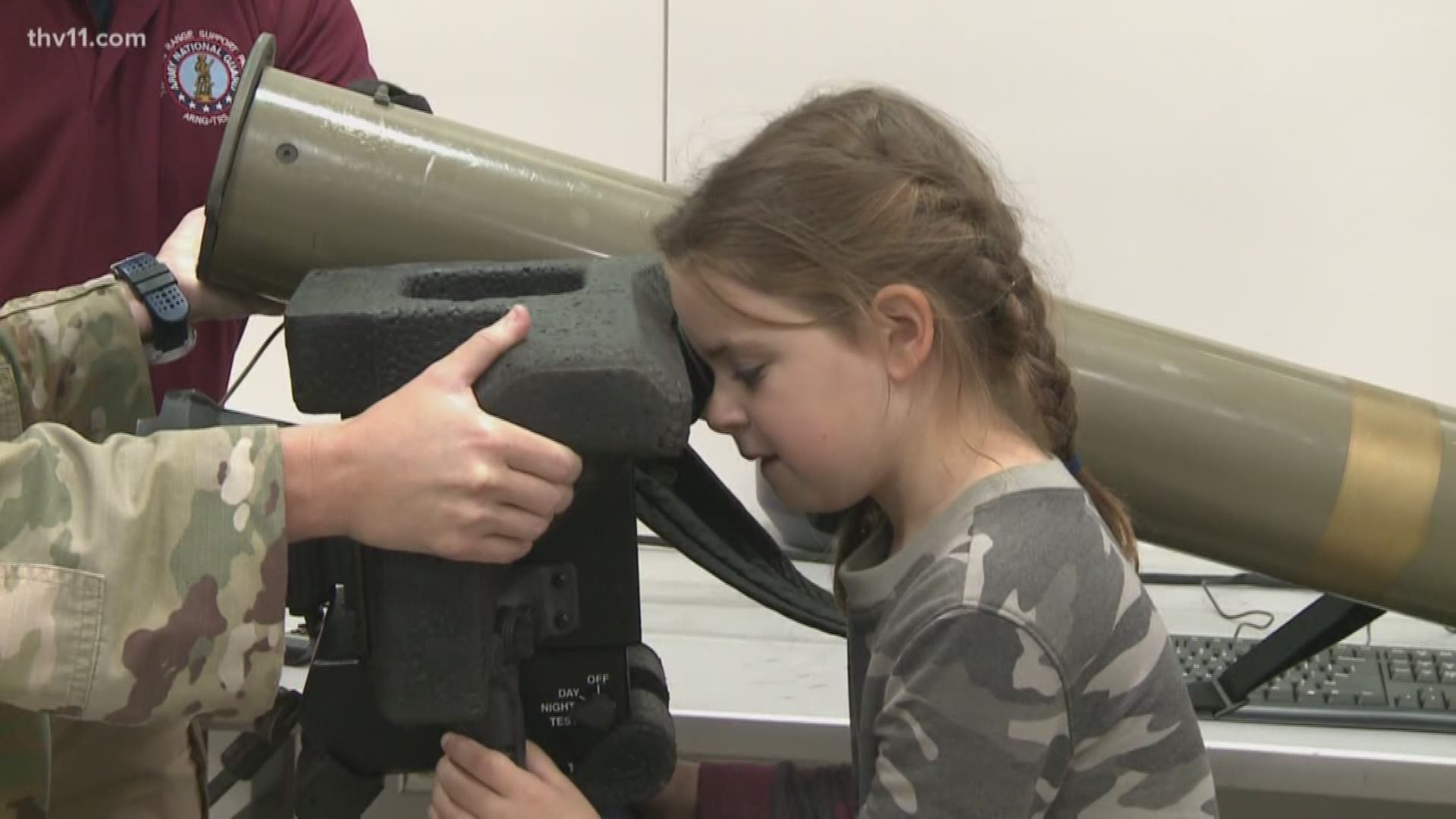 LITTLE ROCK, Ark. — On Tuesday, 6-year-old Vivian Lord came one step closer to her dream when she met real members of the National Guard at Camp Robinson.

Vivian's name may sound familiar to you. We first shared news of her dream back in August, when she was playing with her toys and realized there were no female army figurines.

So, she reached out to companies that make toys and asked why they didn't have any girl soldiers, and if there was any way that could change.

Now, not only has one of those companies promised to make it happen, but many other people are taking notice of her curiosity and courage, including members of the National Guard.

"It was pretty awesome having Vivian and her family here and being able to make it more real to her and show her what an inspiration she is, not just to me, but all the female infantry," said Captain Megan Thomas with the National Guard.

Vivian got a personal tour of Camp Robinson, including getting up close and personal with helicopters and Humvees.

She also got her hands on some military guns in a simulator. As it turns out, she's a pretty good shot!