Congress has not overridden a Trump veto in the nearly four years he's been President. 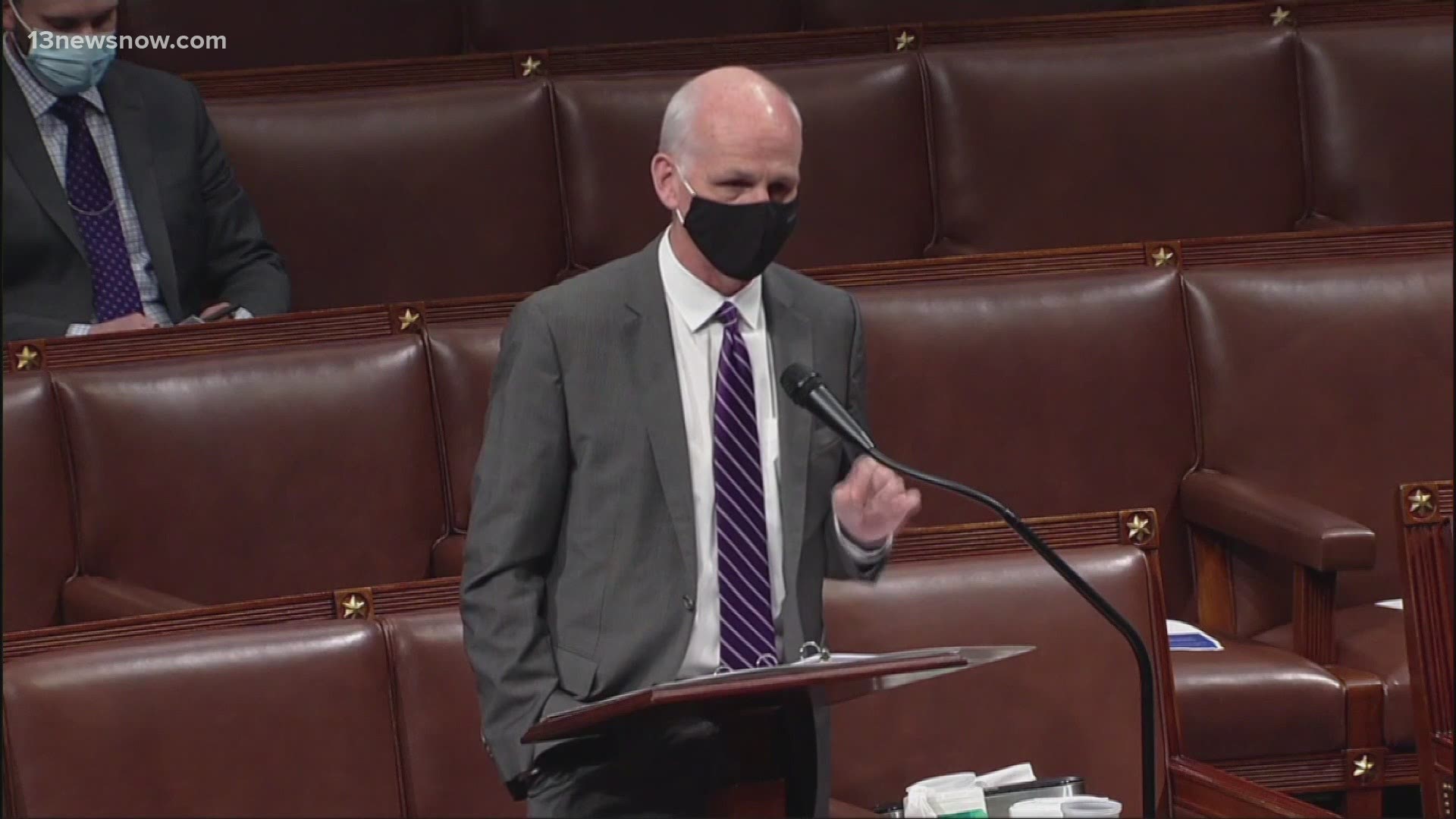 WASHINGTON — The House of Representatives debated overriding President Donald J. Trump's veto of the 2021 National Defense Authorization Act, with the measure having already passed that chamber, 343-to-67 less than three weeks ago.

By 7 p.m. on December 28, the House of Representatives had voted in favor of overriding the veto. The Senate still has to vote on whether or not to override Trump's decision.

Earlier Monday, politicians across the country emphasized how many aspects of military life were riding on the vetoed legislation.

"It is enormously important to give our troops the support that they need to carry out the job that we all are asking them to do," said Rep. Adam Smith (D-Washington), chairman of the House Armed Services Committee, minutes before the vote to override.

NDAAs have passed in each of the past 59 years.

The $740 billion bill included full funding for a second Virginia-class submarine, which is a key priority for the Navy, and for Hampton Roads' largest private employer, Newport News Shipbuilding.

The act also built in a three percent pay raise for the nation's more than 2.1 million active and reserve troops.

Hampton Roads politicians said it was urgent to get the bill passed.

"I think it's very important because in the bill you have the funding of the pay increases," said Rep. Bobby Scott (D-Va., 3rd District). "You have the funding for shipbuilding and ship repair. There's a lot in the bill. And everybody was for it before the President decided he was going to against it."

"This funds our next shipbuilding plan," she said. "We're going to build two Virginia Class submarines and ten ships in the plan. And we need to take care of our military  and infrastructures and our military readiness. And this is the bill that authorizes those things each year."