Rocio was told by immigration officers authorities she will be deported after the holidays on Jan. 2. 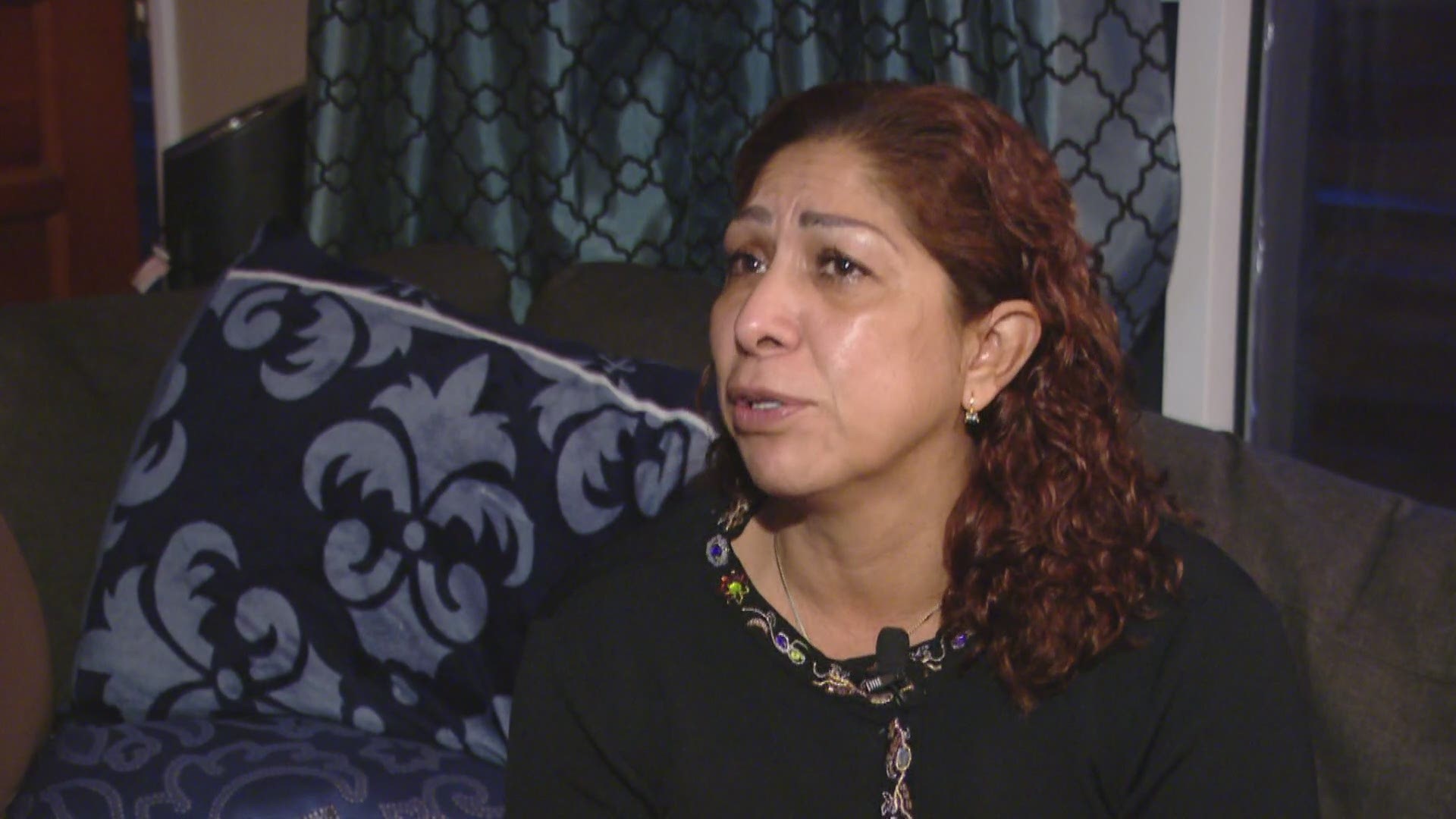 SAN DIEGO COUNTY, Calif. — A San Diego mother, who is facing deportation after living and working in the United States for more than three decades, is praying for a miracle this holiday season to be able to stay in the country her son serves.

Rocio Rebollar Gomez, 52, raised her three children in the United States, including her Army Lieutenant son – who had hoped his service to the U.S.A would allow his mother to remain despite her undocumented status.

She now has one week before she is forced to leave.

In an interview with News 8, Rocio became emotional as she asked for forgiveness for being the country without papers – saying that for as long as she has been here, she has worked hard, always paid her taxes, and put her children through college.

During time of supposed family togetherness, with Christmas, New Years and Rocio’s birthday on Sunday, she and her family have little to celebrate.

“Yo tengo fe que Dios va a hacer un milagro. / I have faith that God will provide a miracle,” said Rocio.

Rocio was told by immigration officers authorities she will be deported after the holidays, on January 2.

The Lincoln Heights mother acknowledges that she was in the United States without authorization, but said she was doing it so her family of three children, and three grandchildren would have a better life.

Rocio’s son Gilbram Gomez, who is now a lieutenant in the U.S. Army, had assured his mother that despite her status she would be able to remain in the United States because of his military service.

Lt. Gomez and his mother met with immigration authorities earlier this month – which is when they informed her that she would not be allowed to remain in the country.

“They handcuffed her. They were about to deport her,” he said.

In 2008, when Lt. Gomez was only 17, federal authorities deported his mom – leaving her school-age kids to fend for themselves. At one point, as they waited for their mom to return, they became homeless.

“We were living out of a car. We found a little abandoned house and set up shop there for a little bit,” said Lt. Gomez.

Lt. Gomez said that any other mother would feel compelled to cross back, albeit illegally, to care for her family.

Rocio said that like so many other immigrant families, she has fought to give her children a different and better life in the United States.

“Luchamos como tantas y tantas familias en este pais. / We fight like so many and many families in this country,” she said.

Rocio, despite living the United States for 31 years, is originally from Acapulco. She no longer has family there and fears the cartel dangers that have taken over the region.

At this point, though, if ICE does not exercise the discretion it has to reverse her deportation, she will be forced to leave one week from today.