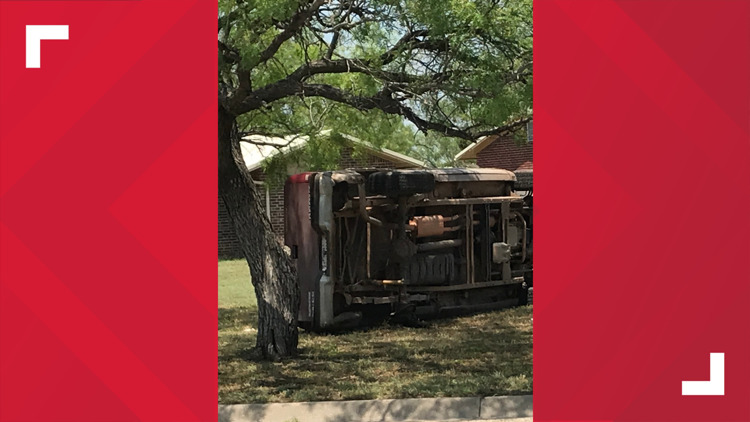 SAPD Officer Younts said a maroon Dodge pickup truck was traveling westbound in the 800 block of East 29th Street. The driver of the truck failed to control and left the roadway and flipped.

Two children who were passengers in the truck had no reported injuries from the crash.

The driver was issued two citations at the scene - one for failure to control speed and the second for no driver’s license.