The other suspect involved was taken to the hospital and is currently in critical condition. 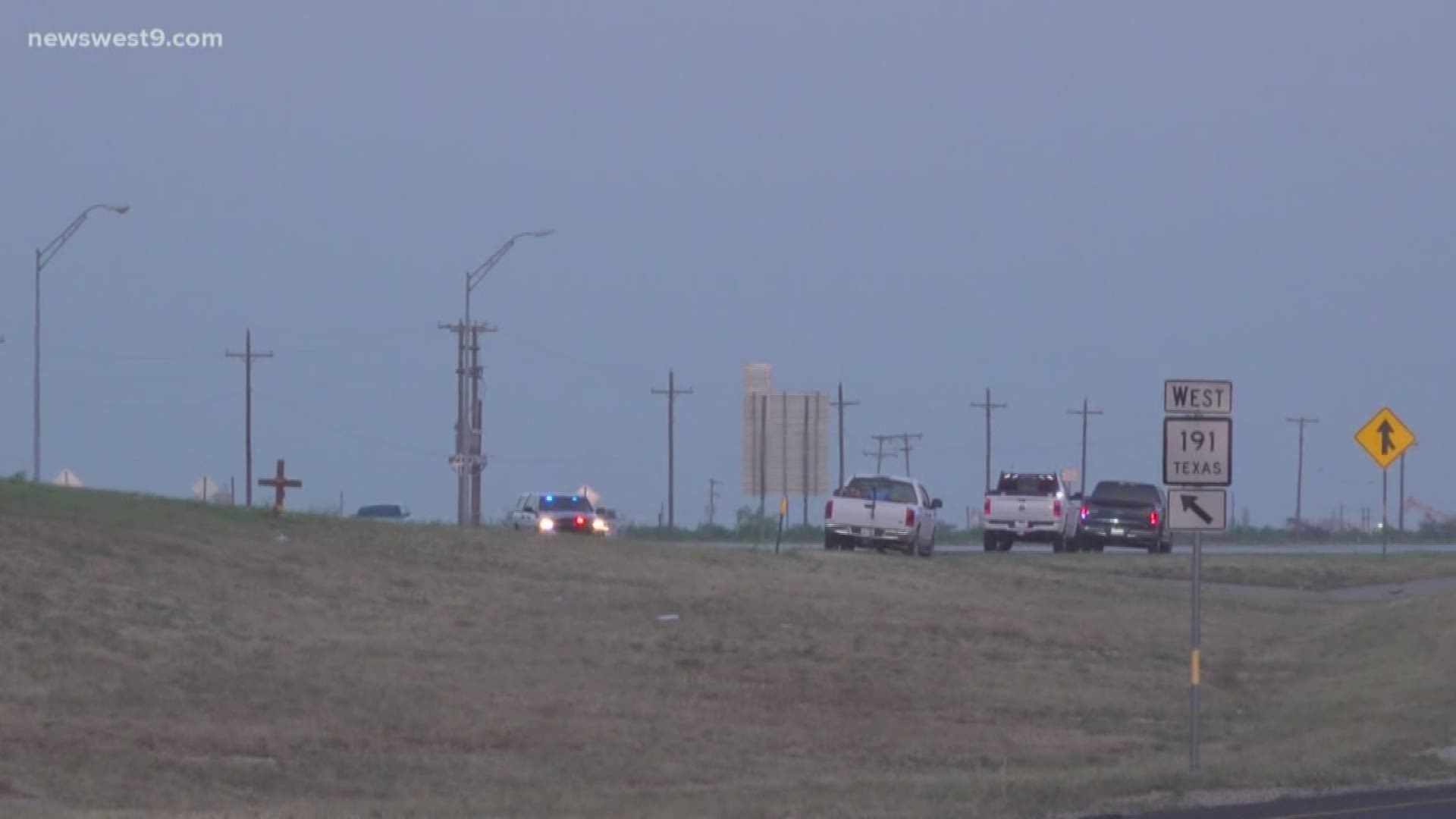 MIDLAND, Texas — Editors note: The above video was from this afternoon before the latest details were released by DPS. It describes the incident last night and what was known at the time of our 6 p.m. newscast.

One person was killed and one was injured in the Monday night shootout that followed a Department of Public safety pursuit on Highway 191.

DPS troopers were working with U.S. Marshals to search for the two wanted suspects when they were located by a trooper in Odessa on Monday night.

The suspects were 43-year-old Christopher C. Price from Huntsville and 26-year-old Brittany S. Teichroeb of Odessa.

Upon their discovery by the trooper they fled the scene, leading to a pursuit which began around 8:30 p.m.

Authorities say that at one point during the chase, one of the suspects leaned out of one of the car's windows and fired at the pursuing troopers with a shotgun.

The chase ended near the Highway 158 exit on 191 with both suspects running away on foot, leading to an exchange of gunfire with officers.

Sammi Steele
BREAKING DPS tells us one women is dead after a police chase ended near 191 and 158 last night. The other male suspect is still in the hospital. No law enforcement were injured.

The suspects were both wounded and were later transported to Midland Memorial Hospital for medical care.

Authorities tell NewsWest 9 one suspect, a woman, died at the hospital while the other, a man, remains in critical condition.

Main lanes and the north access road of Highway 191 were closed off until early Tuesday morning while authorities investigated and later cleared the scene.

NewsWest 9
UPDATE: 191 blocked off until 4 a.m. from police chase that stretched from Ector County to Midland County and resulted in gunfire at multiple scenes. We do not know know who was injured or what the...

The investigation is still ongoing, we will update this story with more information as it becomes available.

RELATED: More questions than answers in DPS pursuit on HWY 191