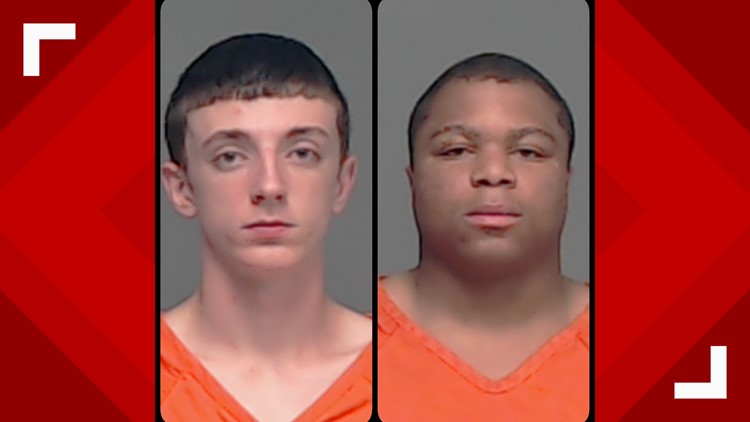 Pair of absconders sniffed out by SAPD K-9

SAN ANGELO, Texas — Two men were arrested Monday evening after they ran away from the Roy K. Robb Men’s Community Corrections Facility on Highway 277N. They were detained with the help of a San Angelo Police Department service dog.

According to a press release from the San Angelo Police Department, multiple patrol officers responded to the location, along with K-9 Officer F. Flores and his partner, police service dog, Duke.

Shortly after being deployed, Duke led officers to a bush in front of the campus along US Hwy. 67. Upon approach, Duke showed further interest in the bush and officers saw someone lying in the foliage.

The subject was issued multiple commands to show the officers his hands; but refused to cooperate. Duke engaged and detained the subject, later identified as James Anderson, 19; while the second hidden suspect, Jamaukas Guidry, 24, was taken into custody without incident.

Anderson was treated at the scene for bite-related injuries and  released to Tom Green County Sheriff's Office officials.

Both men were charged with unauthorized absence from a community correction facility.