Plano police officials say the officer is expected to survive. The condition of the other stabbing victim is unknown at this time. 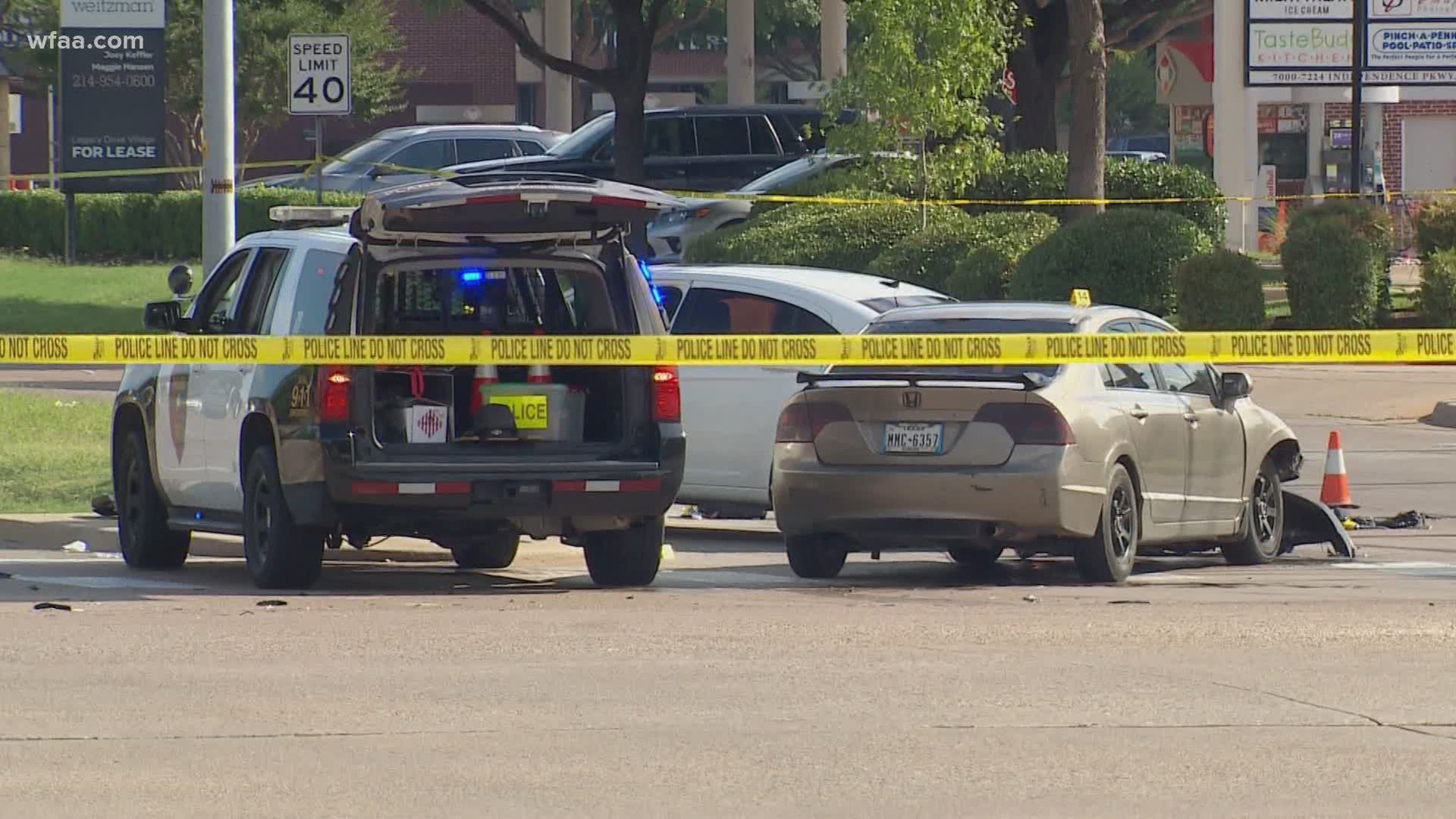 Updated at 8:40 p.m. Friday with additional information with Plano police.

A Plano police officer shot and killed a woman after she allegedly stabbed another driver and the officer following a car crash, officials said.

The intersection of Legacy Drive and Independence Parkway in Plano was shut down for several hours due to the shooting.

Plano police officials say around 6:50 a.m. Thursday, an officer pulled up to the scene of the crash at the intersection.

Authorities say the officer got out of his vehicle and went to check on the occupants of both cars. When the officer approached one of the vehicles, a woman, identified as 27-year-old Julie Colon, lunged at the officer and stabbed him in the arm, police said.

As the officer began to retreat, Colon then began stabbing the driver of the other vehicle, according to police.

The officer fired his weapon and struck Colon. She died from her injuries, according to officials. The woman's name has not been released.

Investigators say the vehicle the Colon was driving was reported stolen from another jurisdiction.

The officer and the other driver were transported to the hospital.

Officials say the officer is expected to survive and the condition of the other driver is unknown at this time.

The incident remains under investigation by the Plano police and the Collin County District Attorney’s Office.

The police department says per protocol, the officer involved has been placed on administrative leave with pay while the investigation is being conducted.

Authorities say the incident was captured on a body-worn police camera.

This is a developing story. Download our free WFAA app to stay up-to-date on all news stories in the Dallas-Fort Worth area.