A rain delay forces three races to be squeezed into one day. 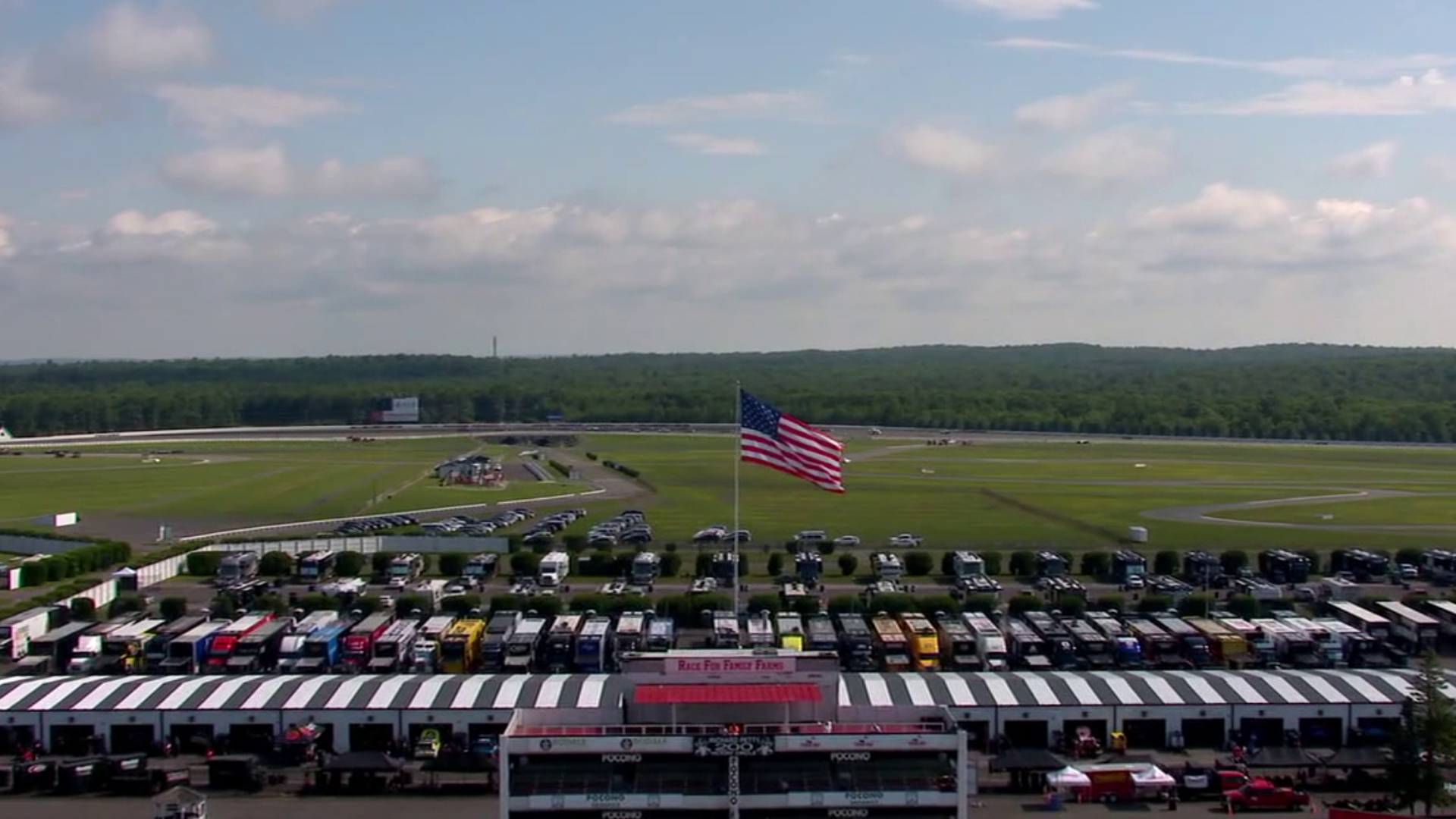 Saturday's Pocono Organics 150 was rained out and was rescheduled for 9:30 Sunday morning. It was then followed by the Xfinity series Pocono Green 225.

The Pocono Organics 150 began as most people were having their morning coffee.

Maybe some of the drivers may have needed some extra to shake the fog off; there was a record nine cautions in the race.

Austin Creed led the pack for 31 laps of the 60 lap race, including winning the first two stages.

But the excitement in the race came as the white flag flew for the final lap as Creed and Brandon Jones battled door to door.

Creed got loose on the final turn, and Jones wins his first Truck Series race in his career.

"This was big. That was the only thing that I was missing, and now that everything that I've raced in, I've got at least one win in. Pretty big! It really is. It means so much for me to at least do it with Kyle Busch Motorsports too. I told Kyle on the front stretch that when I was 13-years-old racing short tracks that when the #51 comes on the track every week with the super late models, I knew one day, that's what I want to be doing was racing for Kyle Busch, and now I'm here winning races with him," said Brandon Jones.

The Xfinity Series took to the track shortly after for the Pocono Green 225, and similarly to the truck race, it began with a lap 1 crash.

Then bad news for Brandon Jones, running double duty, he crashes and his day is over.

Another record set in the race: cautions.

The yellow flag flew nine times during the race, including for a big wreck on lap 53.

There was an incident between Justin Haley in the 11 and Riley Herbst in the 18: Haley had to go visit the boss in the hauler after it and was held for two laps in the pits as a penalty.

Chase Briscoe was in the lead when he got a flat that sent his car spinning, but he was able to keep it off the wall.

Lady Luck was on his side as he and Ross Chastain raced hard to see who will cross the finish first.

Briscoe holds off Chastain to win the Pocono Green 225!

"We were side drafting really hard, and I was able to clear him once, and I drove in so far into Turn 1 I missed the exit, and he passed me back. That's the fun thing about coming to Pocono. You're always playing chicken with each other trying to get into the corners. I knew Ross wasn't going to lift, and I wasn't going to lift and kind of the same thing on the restart. It was definitely good for us that a lot of those good cars were tore up as well as to restart somewhat in the pack instead of starting dead last. Overall, it was pretty cool to come from the back and able to get the win," said Chase Briscoe.

The final part to this historic day is the NASCAR Cup Series.

The starting lineup for the Pocono 350 was the top 20 finishers from Saturday's race but inverted.

Ryan Preece was supposed to be on the pole, but because of work done to his car, he and a few other drivers had to start from the back.

The start of the race was delayed for a bit, not by rain, but by lightning.

After several weather delays, the Pocono 350 finally got the green flag Sunday evening.

"I really feel like we should've won both races. It just didn't work out, but I can't be too greedy. I gotta be really happy with the result. Today didn't start out that well. I got shuffled early; I got some nose damage we had to fix. The strategy kind of got thrown for a loop, and we still were able to battle our way back up front. That's just a testament to great race cars and a team that's on it right now," said Hamlin.

According to NASCAR, this was Hamlin's sixth career win at Pocono, tying Jeff Gordon as the all-time leading Cup Series winner at the track in Monroe County.