Police said the four suspects were coworkers of the victim. They have all been arrested. 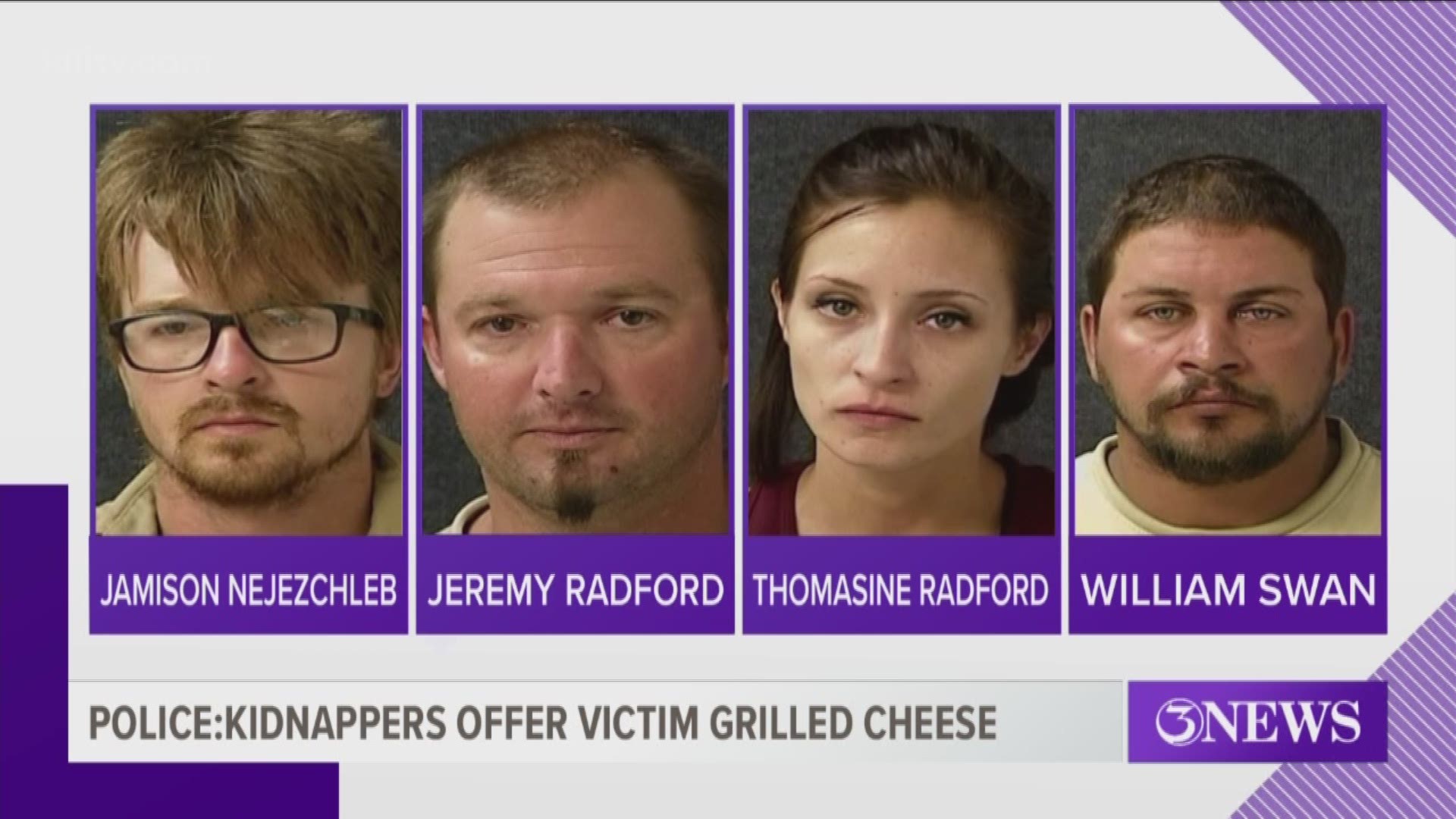 ARANSAS PASS, Texas — An Aransas Pass man was offered a grilled cheese sandwich for his troubles after being kidnapped by four coworkers Sunday and held at gunpoint for several hours, according to the Aransas Pass Police Department.

Those coworkers were all arrested Monday.

Police said they received reports of the kidnapping just after 6 p.m. Sunday at a residence in the 900 block of South Arch Street. The victim said he was held against his will as his four coworkers searched his phone demanding answers about an issue at work.

According to police, the issue stemmed from comments that the victim allegedly made about one of the coworkers. However, police said after holding the victim for several hours the coworkers released him, offering him a grilled cheese sandwich for his troubles.

After receiving reports of the kidnapping, police worked through the evening and into Monday to gather evidence before arresting the four coworkers, identified as 26-year-old Jamison Nejezchleb, 33-year-old Jeremy Radford, 24-year-old Thomasine Radford, and 31-year-old William Swan.

Aransas Pass police said anybody with more information regarding this case should contact Detective Mike Luna at 361-758-5224.