The third legislative special session will get underway on Sept. 20. 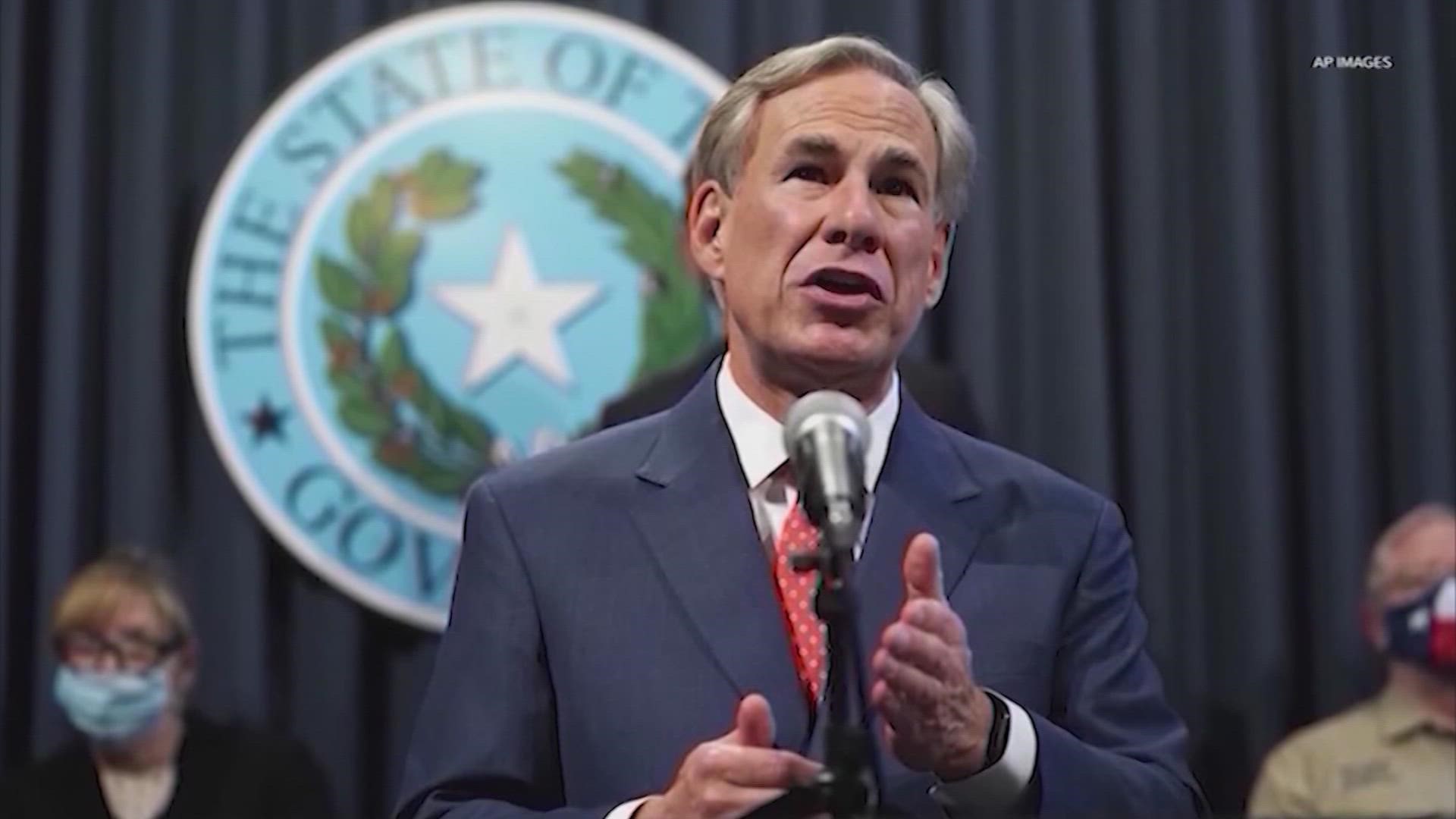 AUSTIN, Texas — Gov. Greg Abbott on Tuesday announced a third special legislative session that will begin on Sept. 20 and tackle redistricting, restrictions on transgender student-athletes and the ongoing COVID-19 pandemic.

"The Texas Legislature now has the opportunity to redraw legislative and congressional districts in accordance with the new census numbers," Abbott said in a statement. "In addition to redistricting, there are still issues remaining that are critical to building a stronger and brighter future for all Texans."

Lawmakers, who will meet in Austin for the fourth time this year, will also be tasked with allocating $16 billion in federal COVID-19 relief funds and with deciding whether state or local governments can mandate COVID-19 vaccines. Abbott also included on his five-item agenda a bill that would ban the tethering of dogs outside with heavy chains, which he had vetoed earlier this year. Abbott asked lawmakers to address concerns he had about the specificity of the bill and "over-criminalization."

The Legislature just wrapped its second overtime round on Thursday, delivering on major conservative priorities like an elections law that restricts how and when voters cast ballots, a ban on how teachers can talk about race and history in classrooms, billions of dollars in additional border security funding and further restricting abortion access.

But lawmakers failed to deliver on two issues pushed by the GOP base: requiring transgender student-athletes to play on teams based on the gender assigned to them at or near birth, and banning COVID-19 mandates.

Abbott had asked lawmakers to ban mask mandates in schools during the second special session but lawmakers could not get that proposal over the hump. Now, Abbott is asking the Legislature to decide whether state or local governments can mandate COVID-19 vaccines.

The bills about transgender student-athletes and COVID-19 mandates will likely turn up the heat on an already contentious 30-day session. Lawmakers will take up their decennial redrawing of the state's political maps, meaning some legislators will be fighting for their political lives. (Redistricting usually takes place during the first legislative session after the census, but it was delayed this year because of setbacks spurred by the coronavirus and the Trump administration's handling of the census data.)

After a contentious year in which House Democrats broke quorum three times to avoid legislation they said would restrict the voting rights of Texans, those same lawmakers will now have to work with the Republican majority to redraw the state's legislative and congressional maps. Republicans currently dominate both chambers in the Texas Legislature and the state's congressional delegation, which will grow by two additional seats due to its population increase.

They are expected to draw the maps to continue their political dominance in the state for the next decade.

This article originally appeared in the Texas Tribune.

The Texas Tribune is a nonpartisan, nonprofit media organization that informs Texans — and engages with them – about public policy, politics, government and statewide issues.