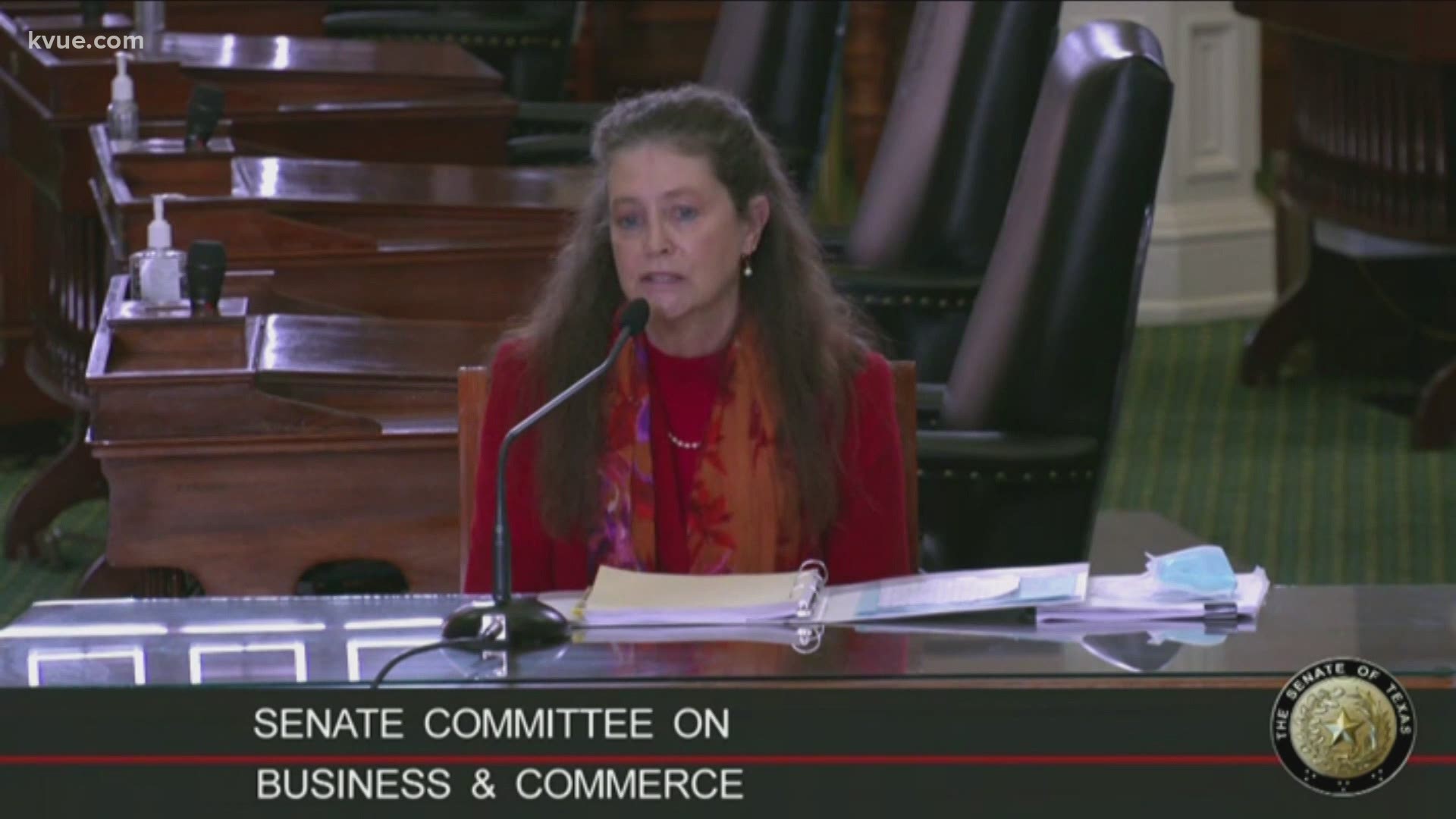 On Friday, Texas senators asked what caused the power to be out longer in Austin than elsewhere. They asked if blame could go to the City Council and environmentalists.

“There is a concern regarding infrastructure maintenance, specifically trees,” Sen. Charles Schwertner said.

“As you know, our community loves their trees. We appreciate trees and value to our environment. But trees and power lines do not mix,” Jackie Sargent, general manager of Austin Energy said.

Sargent said the utility expanded the budget for environmental concerns and have arborists on staff.

“We expanded our clearance to go back to industry standards,” Sargent said.

“Southern Company was required to always keep that thing ready to crank up in case you needed it, so we're supposed to always be ready. There were people there and they did trial runs and stuff,” Nichols said.

“As we took ownership of that facility, we have been looking at how we continue to minimize the costs that our customers incur due to our ownership of that facility.  That facility does provide energy and capacity and is available more easily in the summer months. The way the fuel supply is handled, it's very challenging. It's challenging to keep fuel that doesn't get impacted by moisture. Woodchips don't burn when they're wet. So we looked at how we could reduce the cost, maintain the facility, make sure it's available for the summer peaking period and avoid some of those extraneous costs and save our customers from that expense. We reached out to ERCOT through the process that they had, and we listed it as seasonal mothball,” Sargent said.

“What we found was based on the challenges of bringing that system online, getting fuel on site and being able to have it online and operational, we could not do it in the time frame to meet this event,” Sargent said.

“Our generation was meeting the load and demand of our customers and providing additional support to the grid for all of Texas,” Sargent said.

“People around here that live in Austin, as well as citizens I represent, were dissatisfied with the function of the City of Austin's utility facility, Austin Energy, during this during this time frame. They believe that y’all actually were substandard relative to other areas of the state regarding getting back up and running, as well as how it was handled during the outage,” Schwertner said.

“I regret that they were not in power during this time. I worked with our team. I was monitoring the situation. We were hit with ice on multiple occasions, and when we were in the load-shed situation, meaning that our circuits were energized to meet the directives of ERCOT and the energy emergency that the state was experiencing. We had ice storms come through that brought down trees again on infrastructure, but it also iced up our infrastructure. A quarter inch of ice around a distribution line can add as much as 500 pounds. You add a little bit of wind to that and you can think about the stresses and strains that that would put on equipment. When that damage occurred, those circuits were out of service,” Sargent said.

Sen. Nathan Johnson asked if Austin was hit disproportionately than other areas of the state.

“What I seem to take from your answer was Austin got hit harder than other areas with ice and with consequential damage to your infrastructure,” Johnson, said.

“Yes, that one was definitely an impact on our system. But I would go further and I would say that the system we have requiring a utility to force customers, over 30% of our customers, to be without power for such an extended period of time is unacceptable. And we have to look at that, too,” Sargent said.

#JUSTIN: Both hearings of Texas Senate committee and Texas House committee regarding #TexasBlackout are now finished. More than 25 hours of testimony. Now legislators are tasked with finding solutions to make sure Texans are not left in the dark again. @KVUE

While the hearings were not for finding solutions, lawmakers now must act upon more than 25 hours of testimony to make sure Texans are not left in the dark for an extended period of time again.

The bipartisan committees commended some company leaders for communicating better than others. On the other hand, some company and industry leaders were reprimanded by legislators not just for their handling of the crisis, but their internal communications made public after power was mostly restored.

"It broke my heart to read a family with a 10-month-old baby worried if they had swaddled her too much as they were sleeping under covers together, huddled," Menedez said.

In the House Energy Resources and State Affairs joint hearing, lawmakers noted how these stories added to the importance of finding solutions.

"We got thousands and thousands of those, but that's how we make informed decisions on how we go forward," Rep. Shelby Slawson (R-Copperas Cove) said.

Gov. Greg Abbott has mentioned multiple times the Legislature will stay in session until people are held accountable and there are solutions. Otherwise, the 87th legislative session is scheduled to end on May 31.

"This legislative session will not end until we mandate and fully fund the winterization – and I'll add summerization – of our grid," Abbott said.

Both lawmakers and witnesses testifying on Thursday and Friday said it does not matter how often a weather crisis like this happens in Texas, it may be better to be prepared rather than reactionary.

Who gets $1,400 checks in the COVID bill the House is voting on?