The three grand jurors said Cameron excluded information in the Breonna Taylor case, lied to the public and incited the riot at the U.S. Capitol. 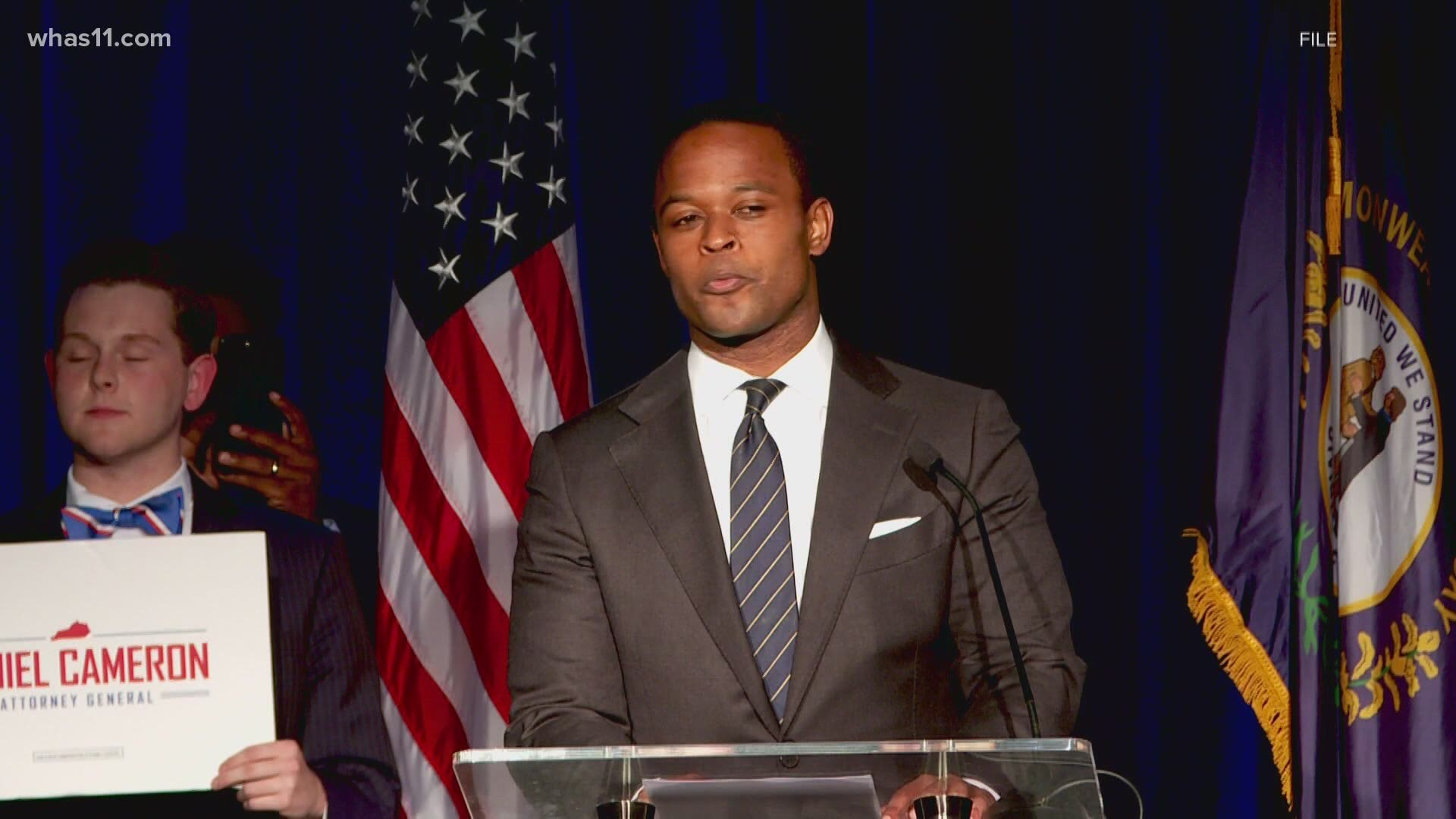 The petition, filed by attorney Kevin Glogower on behalf of the anonymous jurors, claims Cameron excluded information about the Breonna Taylor investigation from the grand jury "to satisfy his political ambitions."

"AG Cameron, and his agents and employees, engaged in making false statements and concealing evidence provided to the grand jury," the petition says.

The jurors said Cameron "knowingly and intentionally" lied to the public about what information was presented to the grand jury to 'satisfy his political ambitions'. Kevin Glogower, the attorney for the Grand Jurors, says they were approached through his office to see if they were interested in a petition for impeachment.

"They realized this was kind of the path that Mr. Cameron had set for them. This is their opportunity to make sure that they are continuing to keep the record straight," Glogower said. "Being honest with the public about how things were handled and mishandled more importantly. So accountability can be put where it's supposed to be instead of on them, which is what Mr. Cameron continues to do."

Glogower says this petition is just another step towards exposing the truth.

"He stated that everything was presented to the grand jury. We know for a fact that's a lie," Glogower said. "He took the responsibility that comes with his office and his authority and placed it right on these grand jurors to avoid accountability for those decisions."

In addition to his role in the Breonna Taylor case, the petition also alleges Cameron incited the insurrection at the U.S. Capitol on Jan. 6.

"This is something that if you read the petition, this was done quietly," Glogower said. "And their ongoing concerns are truth and transparency. They are not going to back away from a public official."

The petition points to a branch of the Republican Attorneys General Association that authorized and paid for robocalls that called on people to march on the Capitol as the election certification was happening.

While the calls were reportedly paid for by RAGA'S Rule of Law Defense Fund, led Alabama Attorney General Steve Marshall, the petition says Cameron is on the Executive Committee -- which they allege made decisions about the use of the organization's resources. Marshall claimed the calls were unauthorized decisions.

Following that attack, Cameron condemned the attack and when asked about the calls a few days later, said he wasn't aware of them.

Jurors also allege Cameron misused his office and misspent taxpayer funds while supporting lawsuits over the 2020 presidential election outside of Kentucky.

In a statement, House Speaker David Osborne said they have received the petition but "reserve further comment until our attorneys review it and the committee on committees has an opportunity to act."

This is the third petition for impeachment filed with the Kentucky House of Representatives in 2021, following petitions filed against Gov. Andy Beshear and Rep. Robert Goforth.

RELATED: This is how Kentucky's impeachment of Gov. Andy Beshear will play out