Now, in his appeal, Lin Wood insists he needs an injunction against the Secretary of State for the Senate runoff races too, which will be held in January. 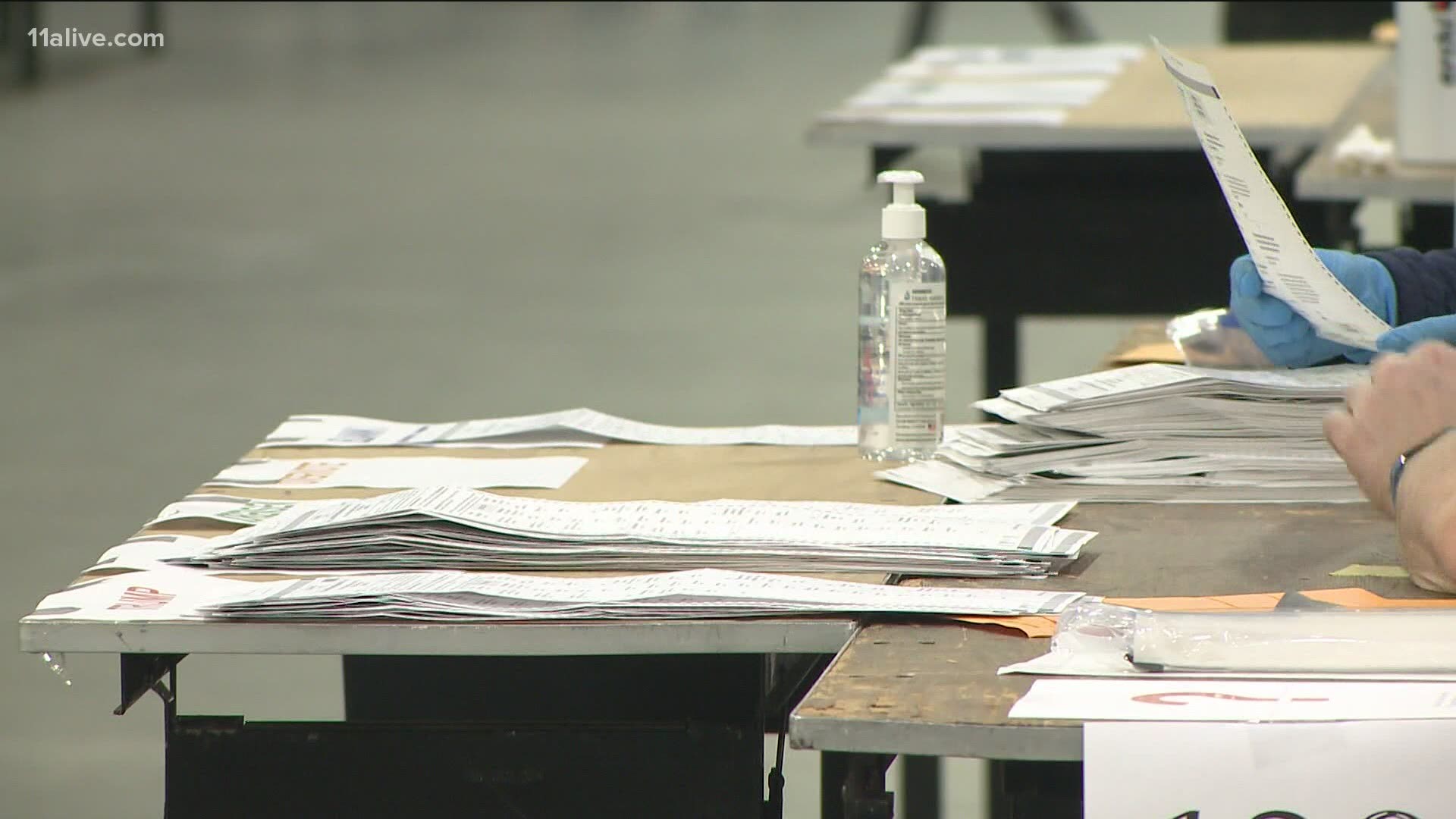 ATLANTA — The lawsuit concerning Georgia's election filed by a well-known Atlanta attorney is arguing in his appeal that the restraining order he unsuccessfully sought to stop certification of results is also needed for the U.S. Senate runoffs.

Lin Wood, who famously represented Richard Jewell, had made the argument that Georgia's election was carried out unconstitutionally. Wood filed suit against Georgia Secretary of State Brad Raffensperger through his own attorney, Ray S. Smith III.

The central argument of Wood's lawsuit was that an agreement between Raffensperger and Democratic organizations in March, to settle lawsuits by the Democrats over how to apply signature matching rules, had unilaterally and unconstitutionally altered Georgia election law. He wanted to have the certification halted, but a judge denied the temporary restraining order.

Previously, the 11th Circuit U.S. Court of Appeals in Atlanta questioned how it could provide the injunctive relief - the restraining order to stop the certification - now that the results have, in fact, been certified. They were certified last week.

Now, in his appeal, Wood insists he needs an injunction against the Secretary of State for the Senate runoff races too, which will be held in January. Republican Sen. David Perdue will take on Democrat Jon Ossoff and Republican Sen. Kelly Loeffler hopes to defeat her Democratic challenger, Rev. Raphael Warnock.

Atlanta Attorney Lin Wood is arguing in his appeal that the restraining order he unsuccessfully sought to stop certification of Georgia's election is also needed now for the US senate runoffs. The 11th Circuit originally questioned whether the TRO was moot post-certification. pic.twitter.com/WPVnJVXomp

"The district court erred in denying injunctive relief because the election was, and absent injunctive relief, the runoff election will be conducted in an unlawful manner rendering it unconstitutional and violative of the plaintiff's fundamental right to vote," the document reads.

Raffensperger must respond to the brief by 5 p.m. on Dec. 1; Wood will then have until 5 p.m. on  Dec. 3 to respond. He also asked for an oral argument before the court.

RELATED: $1 billion worth of political advertising for Senate runoffs may face Georgians