He said there were no issues with Dominion, but a county employee did not follow directions, which led to the crash. 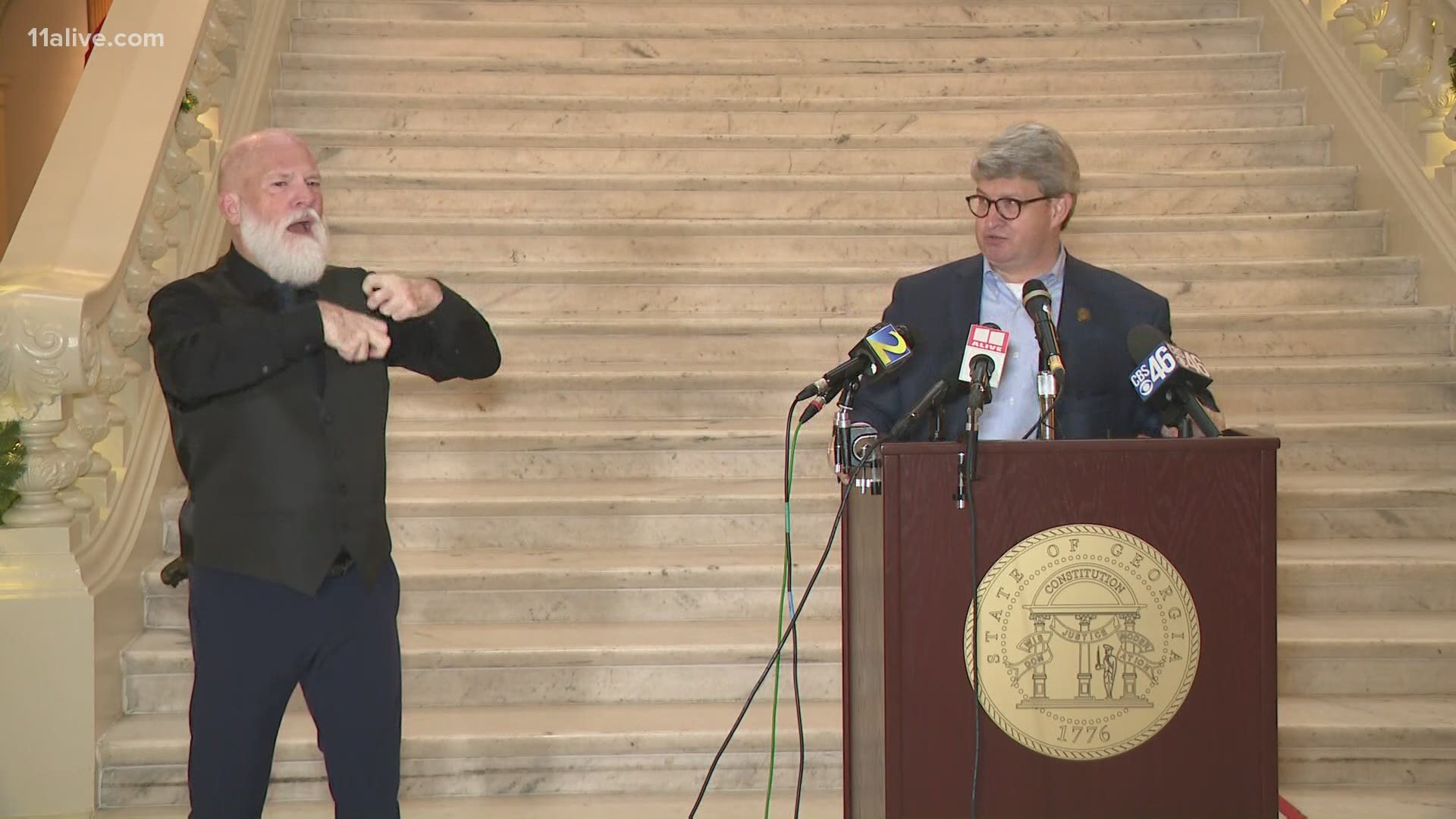 ATLANTA — The Secretary of State's office said on Monday that a server crash the day prior in Fulton County was not an issue with Dominion Voting Systems, but instead an issue with a county staff member not following instructions.

Gabriel Sterling said the Dominion server crashed because the county "literally ignored the basic instructions and the directions of the vendor on this one."

County officials confirmed to 11Alive on Sunday that a server crashed which forced them to stop the recount early. They were set to resume Monday.

Sterling said the county was given an express server to do logic and accuracy testing on the machines they were going to be using for the Dec. 1 election Tuesday (Georgia's 5th district runoff).

He said they decided they were going to use that for the presidential recount when he said they should have been using their central server.

Sterling said when they "cut a corner" by using the express server, a Dominion employee told them they couldn't do that because it would crash the server. Instead, Fulton officials decided to put the database on that server.

A security measure flagged the process because timestamps were off, causing the server to crash and ultimately making it impossible to get the database, he said.

Because of this decision, Sterling said they are going to be forced to scan ballots again - which is more work, more manpower, and more time.

"It has nothing to do with servers being wiped. Nobody directed that. That's just a lie. It's made up out of whole cloth. And it is the kind of stuff we are having to deal with," Sterling said.

He also blamed Fulton County officials for not informing the public and the media of what exactly happened. He said that led to "rampant speculation."

"Every other county has managed to pull this off pretty well. Fulton County on this one particular thing didn't get it right," Sterling said.

The county added that it expects to complete the recount by the deadline, which has been set to midnight Wednesday, Dec. 3. On Monday, Fulton County recount teams left at 5 p.m.

"The recount will resume at 7 a.m. on Tuesday, December 1 and continue until 11 p.m.  We will work on Wednesday, beginning at 8 am and work until the recount is finished," said a Fulton County spokesperson via email.

Although Sterling said the situation was not Dominion's fault, the company was mentioned in a lawsuit filed by attorney Sidney Powell against Georgia.

Dominion is not listed as a defendant but is mentioned throughout the 30-page document, in which Powell alleges the systems were hacked, votes were changed and that voting information was handled on servers in another country.

In response, Dominion issued a statement saying the allegations are "baseless, senseless, physically impossible, and unsupported by any evidence whatsoever," later adding that its staff has received death threats.

In the suit, Powell claimed there was evidence of voter manipulation and lack of security, adding that Dominion was compromised by foreign entities.

In response, Dominion said it is a non-partisan American company founded in Canada, with no ties to any foreign government including Venezuela, China and Iran.