Tharon Johnson, who served as a campaign manager and district director for Rep. John Lewis, said the next representative should be elected. 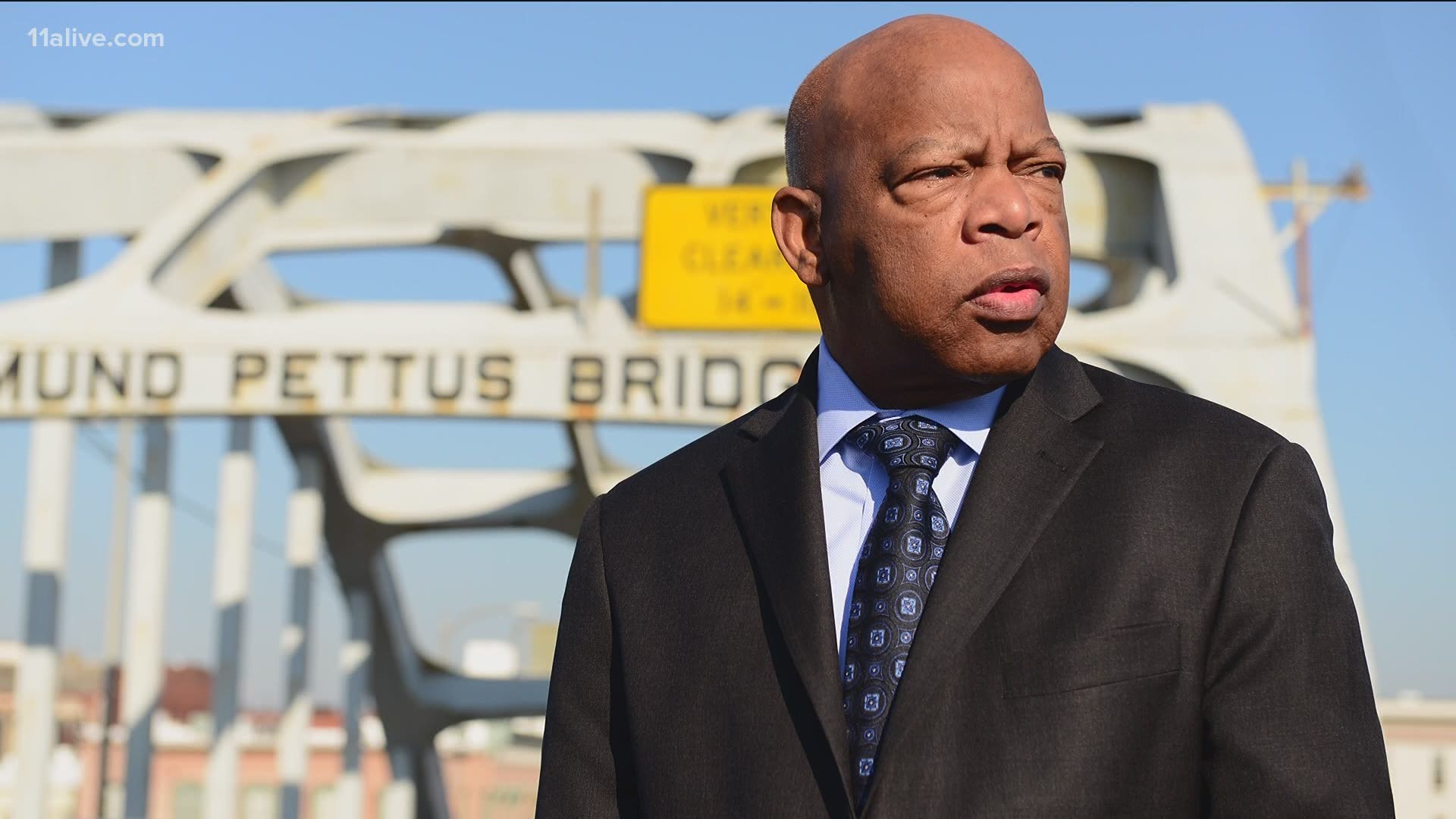 ATLANTA — A guiding hand in the campaign and office of the late Rep. John Lewis is calling for his successor to step down when appointed so that the new 5th District Representative can be elected.

Regarding Lewis, Paramount Consulting founder and CEO Theron Johnson issued a statement late Sunday suggesting that the world "must never forget the meaning of his life's work."

"He spent his entire adult life fighting for civil rights and the right to vote in our democracy," Johnson wrote. "In observance of those principles, I am calling on whomever is selected by the Democratic Party of Georgia to replace Congressman John Lewis to resign on their first day in office, January 3, 2021."

Since his death, many have noted how Lewis was integral to the actions in Selma that kickstarted the events leading to the Voting Rights Act of 1965. A section of the late representative's House webpage is also dedicated to the issue of voting rights.

Based on the current system, Georgia Democrats will be asked to pick a candidate to replace Lewis on the November ballot, according to Jordan Fuchs, chief of state to Georgia Secretary of State Brad Raffensperger.

In that regard, Johnson suggested putting his seat to a vote would be a fitting way to honor Lewis' memory.

"There were few things more sacred to him than the power of the people to make their voices heard at the ballot box," he wrote. "Out of respect to Congressman Lewis’s legacy, his successor should be chosen and elected by the democratic voters of the 5th Congressional District of Georgia, not party officials.”

Johnson writes he went on to become the district director for Lewis.

He says in the bio that he also served as senior strategist and campaign manager - then senior advisor - to the previous Atlanta mayor, Kasim Reed.

Kemp vs. Bottoms: One key question could play role in outcome of lawsuit, law professor says

Carving John Lewis Freedom Parkway out of a freeway corridor