More and more Texas counties are opting to replace designated polling locations with vote centers -- allowing voters to vote anywhere within the county.

TEXAS, USA — For the first time in a presidential election, voters across Texas -- in counties near Houston, Austin, Fort Worth and Abilene -- will now be able to vote at any county polling place.

The Texas Secretary of State approved El Paso, Burnet, Liberty, Somervell and Walker Counties to use the Countywide Polling Place Program (also known as vote centers) starting with the November general election, according to the Secretary of State’s website and information provided by the office’s Director of Communications.

CWPP allows voters to cast their ballots at any county polling place. In 2005, the Texas Legislature added a section to the election code, paving the way for the program.

In 2006, Lubbock county was the first to use vote centers. Now, nearly 80 of Texas’ 254 counties use countywide polling or vote centers for their elections.

By law, a certain percentage of county election precincts can close and be replaced by vote centers. Walker County went from 16 polling places to 11 vote centers, according to McRae.

She said the county wasn’t planning to make the change until 2021, but COVID-19 forced the officials’ hand.

“I think it's definitely going to benefit the voters,” McRae said. “We'll be able to have more capacity voting equipment because there's some of our largest poll places. So, voters will be six feet apart. We'll have a line at each poll place that are going to be placed six feet apart. And then we also have our workers, we're all going to try to social distance through the whole thing. And so, it's really been a benefit really to go countywide, even though it just wasn't what we initially had planned.”

McRae said the county is in the process of putting up banners and publicizing the change and if people happen to show up at a closed location, it will direct them to the multiple places they can cast their ballots.

Vote centers have drawn praise and criticism in recent years. Some praise they allow people to vote anywhere while others suggest closing polling locations disenfranchises some voters who are not willing to travel to a new, possibly further-from-home location.

“What we look at is that the model for switching to a vote center has some advantages,” said Brandon Rottinghaus, a University of Houston political science professor who’s studied the effects of vote centers on primarily big Texas counties, including Harris, Travis and McLennan.

“The problem is that when you start to consolidate polling places, you tend to potentially increase the chance that people are gonna have to wait in line, Rottinghaus said. "You also potentially uproot people's connection to politics and therefore potentially reduce the likelihood that they'll turn out because they're less comfortable.”

Scurry County, northwest of Abilene, shut down some of its 11 voting locations, including one that didn’t have running water.

“I just couldn’t see putting a porta-potty out there,” said Scurry County Clerk Melody Appleton. “Sometimes November here in Texas can be cold, it can get down into the teens and lower.”

Appleton said the cost savings the county will eventually see as part of shutting down some polling places were the other motivating factor. She said she hasn’t yet calculated exactly how much money the county will save.

“We closed some polling places that were located in far parts of the county,” she said. “They were created for a good purpose. Back in those days, people didn't come to town every day. You didn't come to Walmart. So, communities were larger back then, the smaller communities around our county. Now, we don't have those little communities anymore. So, most everybody comes to town sometime during those two weeks of early voting.”

Appleton said Scurry County first used vote centers during the March 2020 primary and because that went well, the Secretary of State approved the county to permanently use the Countywide Polling Place model, including in the upcoming general election.

Scurry County voters will have six vote centers to cast their ballots.

“We have a lot of people who work in communities outside of Snyder,” Appleton said. “They may live here in town, but they may teach at Hermleigh or at Ira. They could just vote there at the school while they're working and not have to try to rush to get back to town.”

The presidential election will be the first time Burnet County, northwest of Austin, will be using the vote centers.

“We ended up adding a 21st location out of our normal 20,” Ferguson said. “We added it in a really high population area. It’s a very well voted area. So, it was it was a win win for us.”

Liberty County, northeast of Houston, will be using vote centers for the first time during the Presidential Election.

“It will be easier for us in 2020,” Bush told KHOU 11, “the public is excited, makes everyone happier because they don’t have to turn people away.”

When picking locations, Bush said he didn’t want anyone to drive more than 20 miles round trip, which is not unusual in a rural community where residents habitually travel 10 miles to get anything.

Somervell County, southwest of Fort Worth, will also be holding its first elections using vote centers.

The county emailed KHOU 11 a statement about their efforts: 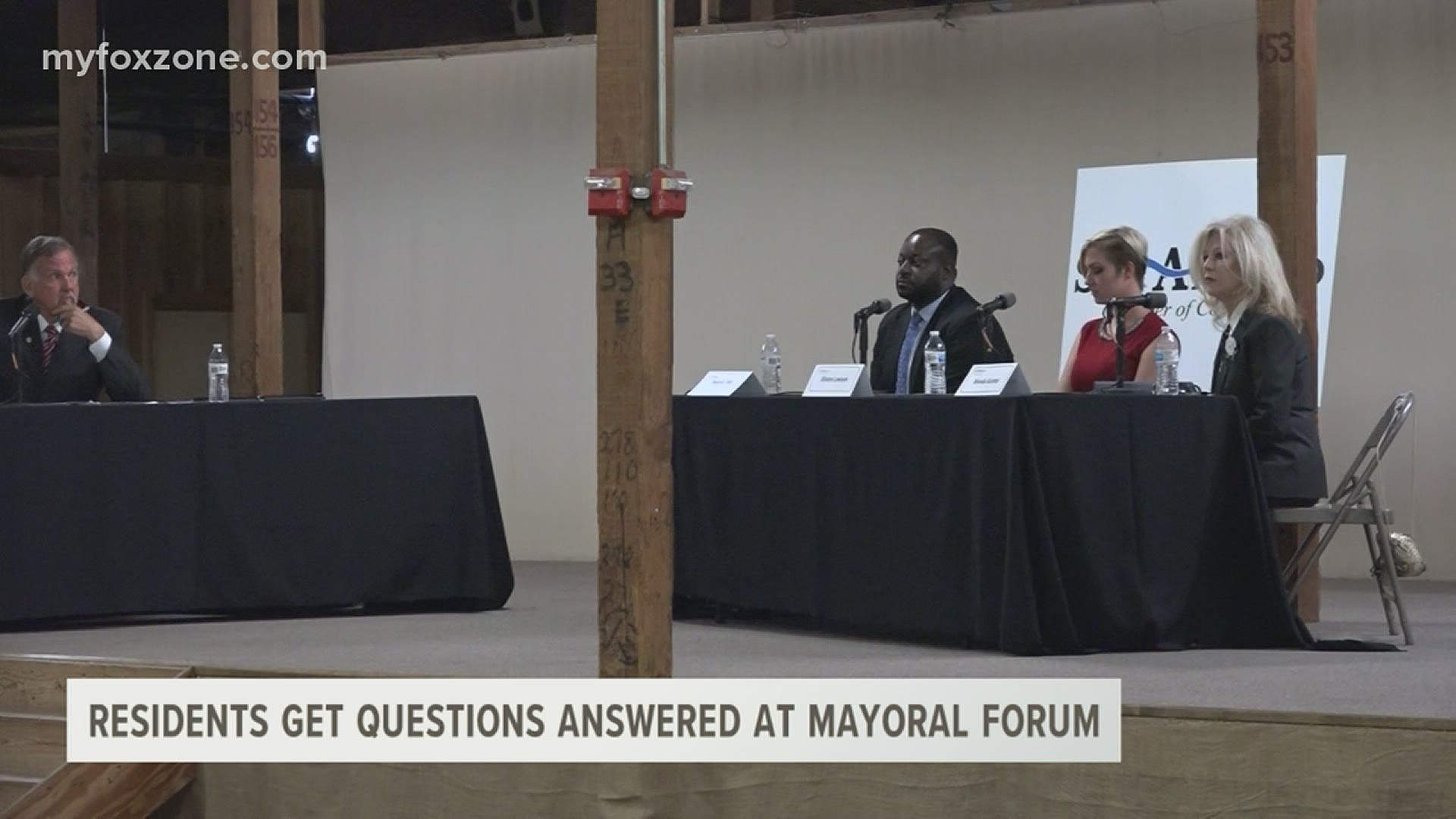 Mayoral candidates answer questions at the Chamber of Commerce event